Artist of the Year

Anderson .Paak has had an enormous year by anyone’s measure.

The 33 year-old Dr. Dre protégé, drummer, rapper, singer and producer released his fourth studio album Ventura on April 12 – debuting at number four on the US Billboard charts, his first to reach top 10. 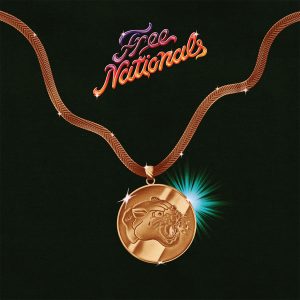 Similar to popular characters on hit TV shows, his live backing band Free Nationals were spun off into their own entity, with a long-promised, star-studded, self-titled studio album dropping on December 13. Paak was a featured guest artist on the danceable electro-funk number, “Gidget”.

Seemingly popping up everywhere, Paak was a virtually unmissable commodity for music fans in 2019. He additionally amassed guest appearances on albums by Flying Lotus, Freddie Gibbs & Madlib, Shafiq Husayn, YBN Cordae, The Game and BJ The Chicago Kid. He also collaborated with super-producer Mark Ronson on the Spies in Disguise soundtrack cut “Then There Were Two”.

Paak played a total of 71 shows across 16 countries in 2019, including the 21-date “The Best Teef in the Game Tour”, for which he teamed up with the likes of Thundercat, Noname, Mac DeMarco, Earl Sweatshirt and Jessie Reyez.

“His work ethic, man, it’s incredible. The man is a machine,” says Free Nationals guitarist José Rios. “People already know his abilities on the drums, being able to rap and sing… In my opinion, Anderson .Paak, to me, will go down as one of the greats. There’s not a musician that’s on the Top 40 right now, as far as I’m concerned, that can do what he does.”

For his admirable work ethic, prolific output and rising level of acclaim, recognition and success, Anderson .Paak is Sungenre’s Artist of the Year 2019.