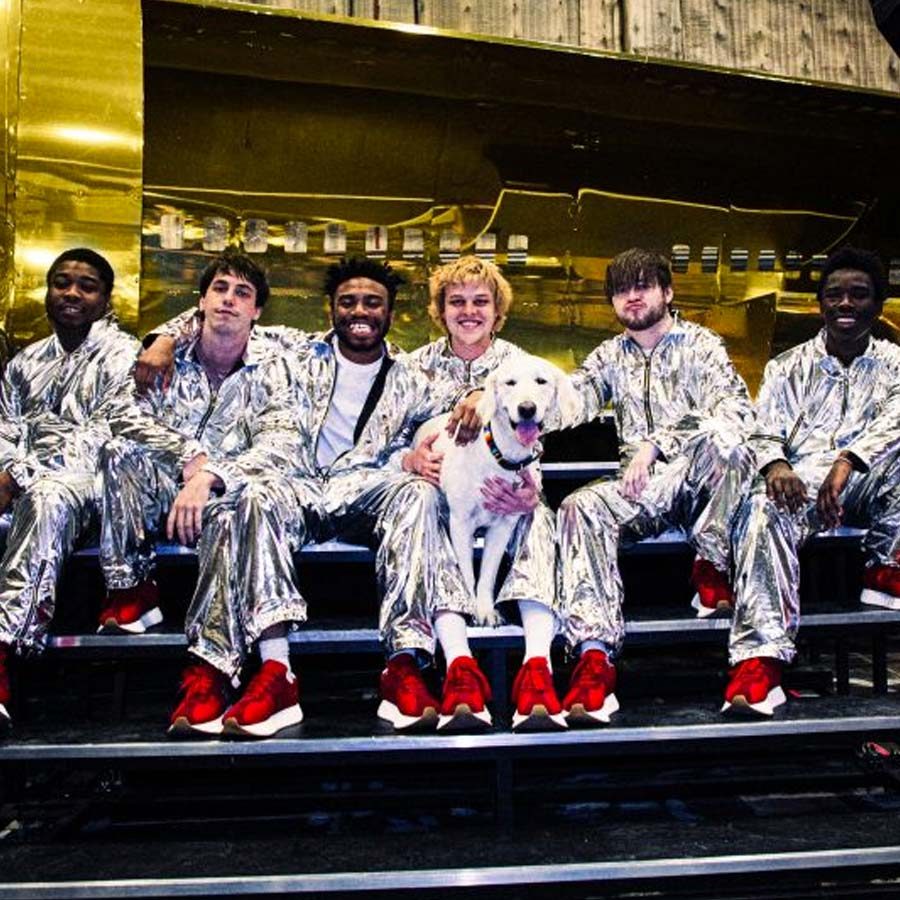 Brockhampton (stylized in all caps) is an American rap collective formed in San Marcos, Texas, in 2015 and currently based in California. Led by Kevin Abstract and formed partially through the online forum "KanyeToThe", Brockhampton is a self-described boy band, in an effort to redefine the term. Complex magazine describes the group as "gay, black, white, DIY, ambitious, all-inclusive, and would-be pop stars," and this diversity is what largely distinguishes their lyrics and sound. The group consists of vocalists Kevin Abstract, Matt Champion, Merlyn Wood, and Dom McLennon, vocalists/producers Joba and Bearface, and producers Romil Hemnani, Jabari Manwa, and Kiko Merley, as well as graphic designer Henock "HK" Sileshi, photographer Ashlan Grey, web designer Roberto Ontenient (who also features prominently in voice skits), and manager Jon Nunes.

The group released their first mixtape All-American Trash in 2016. Their debut studio album, Saturation, was released on June 9, 2017, followed by Saturation II on August 25 and Saturation III on December 15. On March 30, 2018, Brockhampton announced that they had signed a record deal under the label RCA Records. Their fourth album, Iridescence, was released on September 21, 2018 and debuted at No. 1 on the Billboard 200 album chart. The album is also the first in their second trilogy, known as "The Best Years of Our Lives".

On July 18, 2019, Brockhampton officially announced their fifth album, Ginger, giving it a release date of August...