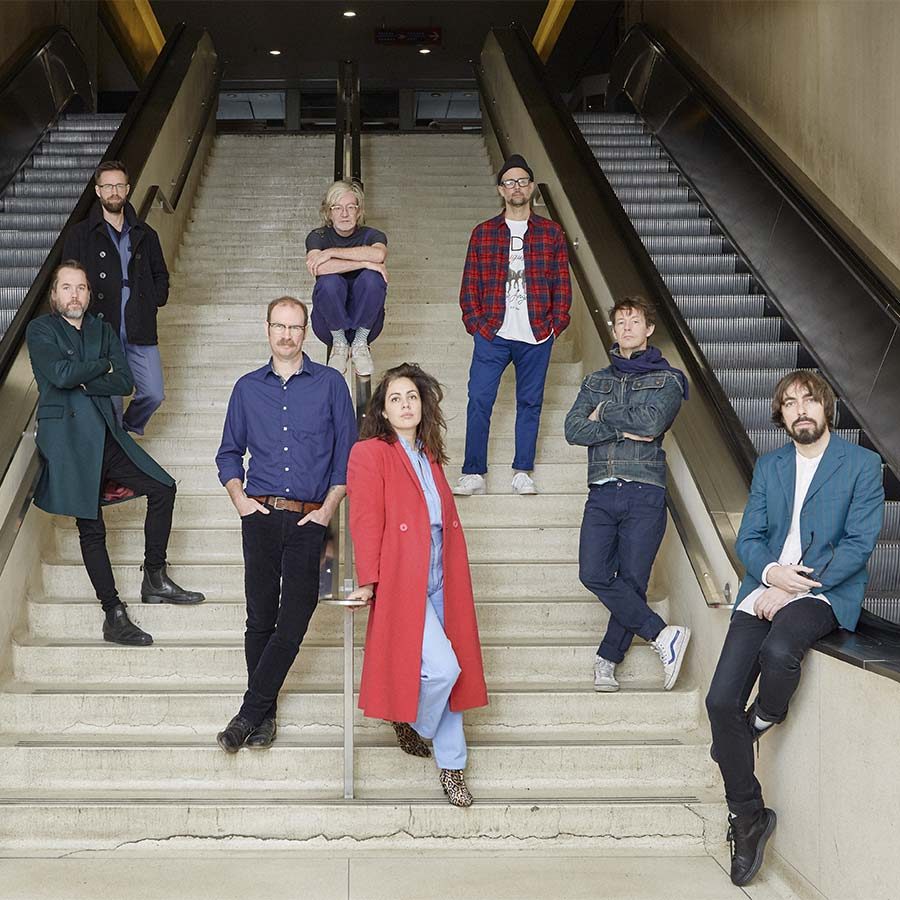 Broken Social Scene is a Canadian indie rock band, a musical collective including as few as six and as many as nineteen members, formed by Kevin Drew and Brendan Canning. Most of its members play in various other groups and solo projects, mainly in the city of Toronto. These associated acts include Metric, Feist, Stars, Apostle of Hustle, Do Make Say Think, KC Accidental, Emily Haines & The Soft Skeleton, Amy Millan, and Jason Collett.

The group's sound combines elements of all of its members' respective musical projects, and is occasionally considered baroque pop. It includes grand orchestrations featuring guitars, horns, woodwinds, and violins, unusual song structures, and an experimental, and sometimes chaotic production style from David Newfeld, who produced the second and third albums.

Stuart Berman's This Book Is Broken (2009) covers the band from its inception to its critical acclaim. In 2010, Bruce McDonald made This Movie Is Broken, a movie about the band's Harbourfront show during the 2009 Toronto strike...