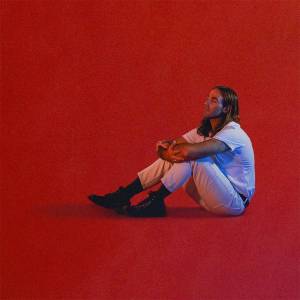 Debut single ‘Alone’ captures the true essence of this incredibly moving artist and explores the deep concept of humans and solitude. Produced by Eskimo Joe’s Joel Quatermain, Alone is about our constant desire to feel closer and more connected to ourselves and a deeper purpose. “We knew we had to write and record this song true to it’s meaning. From the exposed and honest lyrics, delicate piano parts to the reckless electronic chorus, Alone does'nt hold back and I love that” says Beard

Musically Caspias electronic sewn sound has raised comparisons to the likes of James Blake or Rufus Du Sol. Like these contemporaries, Caspia creates intimate and vulnerable soundscapes that explore and envelop the listener into vivid cinematic introspect – a subject close to the heart of these lyrics

Ant Beard has gained global notoriety for his highly developed sense of control and restraint in his work, as well as a breath-taking level of emotion and personality in his performance. “Caspia has been born out of late night piano writing sessions, swimming in analogue synthesizers and soaked in romantic lyrics. I’m beyond excited for this project to see the light of day and can’t wait for this journey to unfold” says Beard

My grandfather is a kookaburra