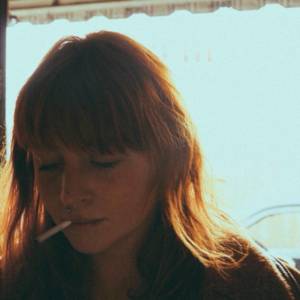 Danika Smith performs a raw, timeless style of folk music with undertones of jazz and soul. She is known for her tender topics, honey stick melodies and charismatic satire. But something's shifting. It's 2020, where women in music are being recognized and supported, so she feels it's time to get experimental. Folk is heaven, no doubt, but curiosity, desire and the inner groove has unavoidably begun Danika Smith's metamorphosis.

As a young teenager Danika garnered attention with her first recording back in 2011 via a Triple J Unearthed competition, which saw her being shortlisted as one of the 6 finalists out of 700+ submissions. Since this first attempt at recording music, Danika concentrated on side projects and has progressively become a staple of the Melbourne music scene.

During the last 6 years since moving to Melbourne, Danika has progressively built a cohesive body of work and is ready to share it with the world. Suit of Armour is the first ever-professional recording put out by Danika and produced by grammy nominated engineer Nick Herrera. This first single marked her solo debut and will soon be followed by her much-anticipated second single ‘Sweet Mellow-D’ and the release of the full LP in the second half of 2020.

About her upcoming LP and intentions, she explains:
‘This album I have in my heart, is a cathartic journey of complex emotions as a young woman navigating mental health, sexual trauma and the journey of self-empowerment. My music has been my therapy and I want other people out there who experience the universal themes I explore, to have the whole cake and eat it too’.

Since the start of her solo career, Danika Smith has performed at the following venues and festivals: Strawberry Fields Festival 2019, Brunswick Music Festival 2019, PBS FM Drive Live 2019, The Night Cat (single launch), Colours, The Evelyn, The Gasometer, The Penny Black and many other venues across Melbourne.