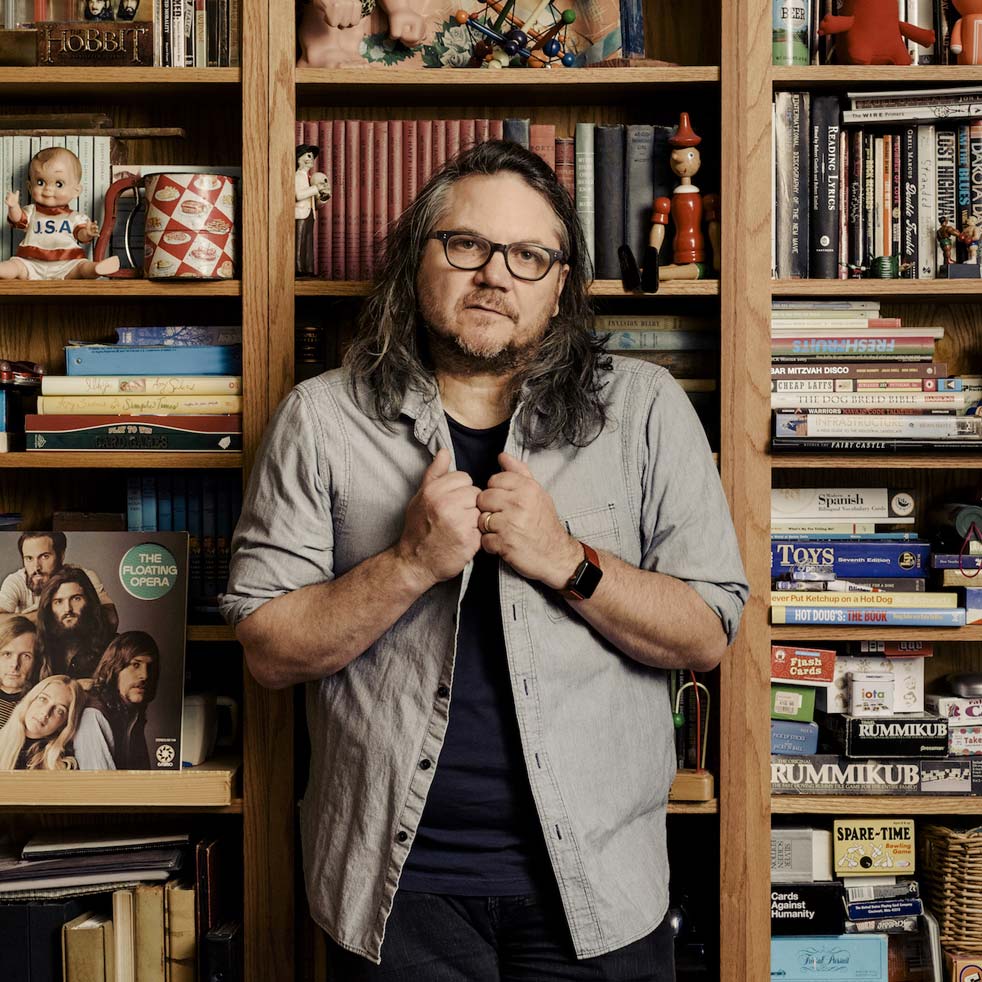 Jeffrey Scot Tweedy (born August 25, 1967) is an American songwriter, musician, and record producer best known as the singer and guitarist of the band Wilco. Tweedy, originally from Belleville, Illinois, started his music career in high school in his band The Plebes with Jay Farrar, which subsequently transitioned into the alternative country band Uncle Tupelo. After Uncle Tupelo broke up Tweedy formed Wilco which found critical and commercial success, most notably with Yankee Hotel Foxtrot and A Ghost Is Born, the latter of which received a Grammy for Best Alternative Album in 2005.

Across Tweedy's career he has released 18 studio albums, including four with Uncle Tupelo, ten with Wilco, one with his son Spencer, a solo acoustic album, two solo studio albums, along with numerous collaborations with other musicians, most notably Mermaid Avenue with Billy Bragg. On November 30, 2018 Jeff Tweedy released Warm, his first solo album of new material. Warmer, a companion album to Warm, was released on April 13, 2019.

Norah Jones – Pick Me Up Off The Floor

Mavis Staples – If All I Was Was Black