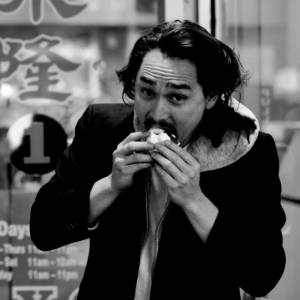 Producer, artist, multi-instrumentalist and sometimes rapper, Joelistics (Joel Ma) is recognised as a unique voice in the Australian music scene. As well as his expansive solo catalog, Joel has written for and collaborated with noted artists such as Tim Rogers, Emma Donovan, Ecca Vandal, Hermitude, Wil Wagner, Parvyn Singh and more.

Joelistics’ anticipated debut album Voyager arrived in 2011 and was nominated for a Music Victoria award. Written whilst traveling with a laptop between China, Mongolia and Europe, it opened up a new lane in Australian hiphop. His second album Blue Volume was one of the Sydney Morning Herald’s Top 20 albums of 2014.

In 2015, Joel focused on producing and co-writing for other artists notably with internationally acclaimed group Haiku Hands, cowriting and providing production for their debut album and at the same time worked closely with Mo’ju (AKA Mojo Juju) for the celebrated track Native Tongue which was nominated for an Aria award, a MV award and won the Triple J best film clip award (2018).

In 2019 Joelistics collaborated with Mo’Ju again on the joint album Ghost Town under the name Mojo Juju x Joelistics, earning him the inaugural Music Victoria award for Best Producer.

Joelistics is set to release an album of production based work and collaborative tracks under the name Joelistics Presents Film School. A departure for Joelistics as vocalist Film School concentrates on his production of beats and synths, 70s Asian pop samples, psych-rock journey music and studio improvisations exploring experimental compositions for strings, guzheng (Chinese harp) synthesizers, samplers and drum machines.