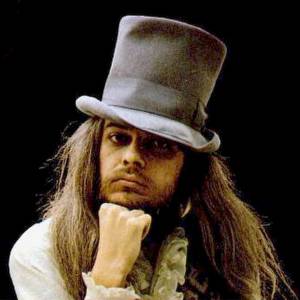 His collaborations rank as some of the most successful in music history, and as a touring musician he performed with hundreds of notable artists. He recorded 33 albums and at least 430 songs. He wrote "Delta Lady", recorded by Joe Cocker, and organized and performed with Cocker's Mad Dogs and Englishmen tour in 1970. His "A Song for You", added to the Grammy Hall of Fame in 2018, has been recorded by more than 200 artists, and his "This Masquerade" by more than 75.

As a pianist, he played in his early years on albums by The Beach Boys, Dick Dale and Jan and Dean. On his first album, Leon Russell, in 1970, the musicians included Eric Clapton, Ringo Starr, and George Harrison.

Russell produced and played in recording sessions for, among others, Bob Dylan, Frank Sinatra, Ike & Tina Turner, and The Rolling Stones.

Lawton, OK, USA
Blues RockBluegrassCountry RockFolkGospelPopSurfFolk Rock3 more
This page contains information from Wikipedia, the user-contributed encyclopedia, released under the Creative Commons Attribution-Share-Alike License 3.0. It may not have been checked by editors and as such may contain factual errors.
Blues Rock Bluegrass Country Rock Folk Gospel Pop Surf Folk Rock
Recent mentions of Leon Russell
No posts found.
Reviews Interviews Soapbox Mixtapes
Help About Advertise Privacy Terms Write for us
Search or choose cover photo
View Apply Cancel
We use cookies on our website to give you the most relevant experience by remembering your preferences and repeat visits. By clicking “Accept”, you consent to the use of all the cookies. Learn moreDo not sell my personal information
Cookie settingsACCEPT
Privacy & Cookies Policy