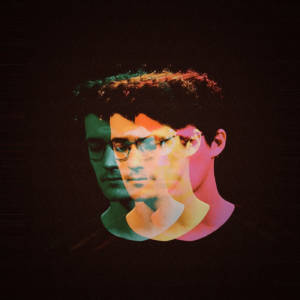 Growing up on a secluded ranch near Goleta, California, Maxton Hunter’s imagination ran free with no limitations, ultimately leading him to music. Dressed to the nines while doing his best Angus Young impersonation, a 9-year-old Hunter self-hosted weekly concerts in his family’s living room. Two years later, after discovering classic records by The Beatles, Bob Dylan and The Who, the idea of writing his own material piqued his interest.

Through the following years, Hunter cut his teeth playing in and alongside a variety of psych, rock, and DIY outfits before officially setting out his own in 2019. Now residing in Studio City with his darling Stella, Hunter’s foremost creative weapon has become the studio itself.

His latest incursion of panoramic production, Paradise Syndrome’s is jam-packed with ambient beauty, tropical-leaning instrumentation, and sweeping reverbs - a musical crossroads between the guitar-driven textures of his formative years and the panoramic production of his current sound. Originally intended for release in the spring of 2020, the project was put on hold amid the pandemic and a period of personal transition.

Alas, the EP was remastered this year at In The Mix Recording Studios in North Hollywood and made available to stream in February. Over its 6 tracks, the EP offers vibrant blends of surf-pop and indie-rock decorated with flourishes of modern psychedelia, while serving as an homage to personal discovery and cosmic exploration.