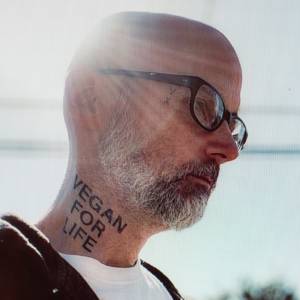 Richard Melville Hall (born September 11, 1965), also known as Moby, is an American musician, songwriter, singer, producer, and animal rights activist. He has sold 20 million records worldwide. AllMusic considers him to be "among the most important dance music figures of the early 1990s, helping bring dance music to a mainstream audience both in the United Kingdom and the United States".

After taking up guitar and piano at age nine, he played in several underground punk rock bands through the 1980s before turning to electronic dance music. In 1989, he moved to New York City and became a prolific figure as a DJ, producer and remixer. His 1991 single "Go" was his mainstream breakthrough, reaching No. 10 in the United Kingdom. Between 1992 and 1997 he scored eight top 10 hits on the Billboard Dance Club Songs chart. Throughout the decade he also produced music under various pseudonyms, released the critically acclaimed Everything Is Wrong (1995), and composed music for films. His punk-oriented album Animal Rights (1996) alienated much of his fan base.

Moby found commercial and critical success with his fifth album Play (1999) which, after receiving little recognition, became an unexpected global hit in 2000 after each track was licensed to films, television shows, and commercials. It remains his highest selling album with 12 million copies sold. Its seventh single, "South Side", featuring Gwen Stefani, remains his only one to appear on the US Billboard Hot 100, reaching No. 14...

Read more at Wikipedia
Harlem, Manhattan, New York, NY, USA
TechnoAmbientDowntempoElectronicaRock
This page contains information from Wikipedia, the user-contributed encyclopedia, released under the Creative Commons Attribution-Share-Alike License 3.0. It may not have been checked by editors and as such may contain factual errors.
Techno Ambient Downtempo Electronica Rock
Recent mentions of Moby
No posts found.
Reviews Interviews Soapbox Mixtapes
Help About Advertise Privacy Terms Write for us
Search or choose cover photo
View Apply Cancel
We use cookies on our website to give you the most relevant experience by remembering your preferences and repeat visits. By clicking “Accept”, you consent to the use of all the cookies. Learn moreDo not sell my personal information
Cookie settingsACCEPT
Privacy & Cookies Policy