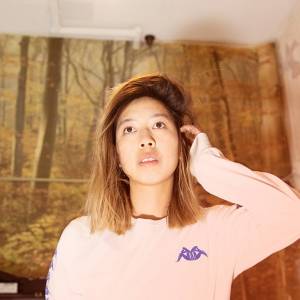 In 2018, Vazer’s debut single ‘Keep Away From Parks!’ was acclaimed as one of the ‘Triple J presenter
favourites’ of the year, and subsequent singles ‘You’re Winning Me Over’ and ‘Struggletown’ have earned
her fans in Triple J’s Richard Kingsmill, ToneDeaf and a feature spotlight by The Australian Independent
Record Labels Association. Produced by Robert Muinos (Julia Jacklin, Saskwatch) and co-engineered by
Callum Barter (Courtney Barnett, Kurt Vile), Vazer’s debut EP ‘We Used To Have Real Conversations’
(2018) has received national radio play across Triple J, Double J and other stations, as well as
international airplay in North America.
Since the release of her 2018 EP, Vazer has gone on to support Lime Cordiale on tour, Last Dinosaurs,
#1 Dads, Carla Geneve and The Magic Numbers (UK). Her fast-growing reputation as a powerful
songwriter and captivating performer has also landed her in on the festival line ups of St Kilda Festival,
Kyneton Music Festival, Changes, Not Fest and more.

Latest single, ‘Grateful’ (2020) is an ode to all the inspiring female artists and role models, but also a deep
vent about the strive for social equality. It’s about acknowledgement and respect, with a sprinkle of
sarcasm and the kind of non-conformist attitude that made Vazer’s highschool teacher say ‘girls like you
are exactly what’s wrong with the world’.

Nat Vazer – Is This Offensive And Loud?