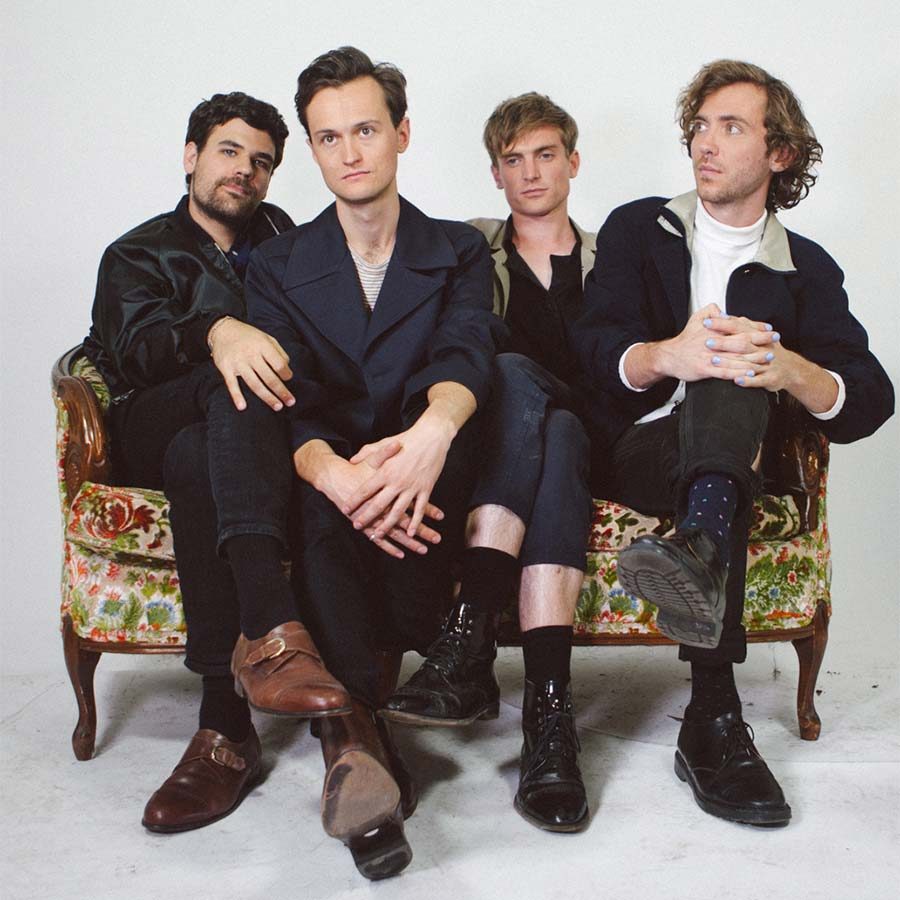 Ought is a post-punk band from Montreal, Quebec, Canada which formed in 2011 when its members began living together in a communal band practice space and recorded their earliest material. Their debut EP, New Calm, was released in 2012. After signing with Constellation Records, they released a full-length, More than Any Other Day, in 2014. The album achieved critical acclaim, including a Best New Music accolade from Pitchfork Media. It was noted in numerous year-end lists for 2014 including Rolling Stone, Pitchfork, Drowned In Sound, Loud and Quiet, Exclaim!, Crack Magazine, and Paste. The album reached #20 on the Billboard Heatseekers chart in the United States.

In October 2014, the band released Once More with Feeling, an EP featuring B-sides from More Than Any Other Day and re-recordings of earlier songs. Sun Coming Down, the band's second full-length album, was released in September 2015.

The band worked with French producer Nicolas Vernhes on their third studio album, Room Inside the World, which was released February 16, 2018...