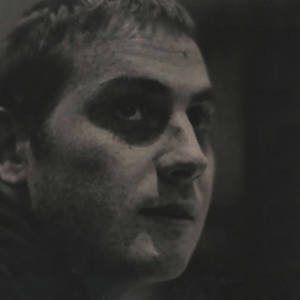 Darone's musical journey began in the late 80's as a founding member of the pop-punk band, The Fiendz (whose career peak found them opening for The Ramones). He later joined The Rosenbergs, a power-pop group that toured with Echo & the Bunnymen and Tom Tom Club, among others, and whose songs were featured in shows like MTV's Undergrads and the opening theme for the CBS sitcom Accidentally on Purpose.

Darone draws upon an eclectic range of influences including Art-rock, 60's pop, punk, new wave, metal, and baroque pop in the over 50 songs he has written. In his latest album, Hide and Seek (2020), Suit of Lights' DNA continues to expand and evolve. "The creation of my own studio has afforded me the time to experiment and create exactly what I want to hear," Darone says.

Named after the traditional bullfighting costume (Traje de Luces), Darone considers Suit of Lights as a metaphor for life's juxtaposition of beauty and brutality and reflects that worldview in the music. Joyful pop melodies live alongside somber ones, optimistic lyrics alongside sardonic ones.

Hide and Seek is an album of games. The cover art depicts consciousness emerging from an empty void, seeking adventure. “In the title track, I name the protagonist 'The Great Pretender,' better known as ‘God', who is playing hide and seek forever and ever” Darone explains. Beginning with birth in "Tag," and ending with death in "Ring of Roses," you'll recognize familiar children's games reimagined in the context of modern misadventures in the human condition.