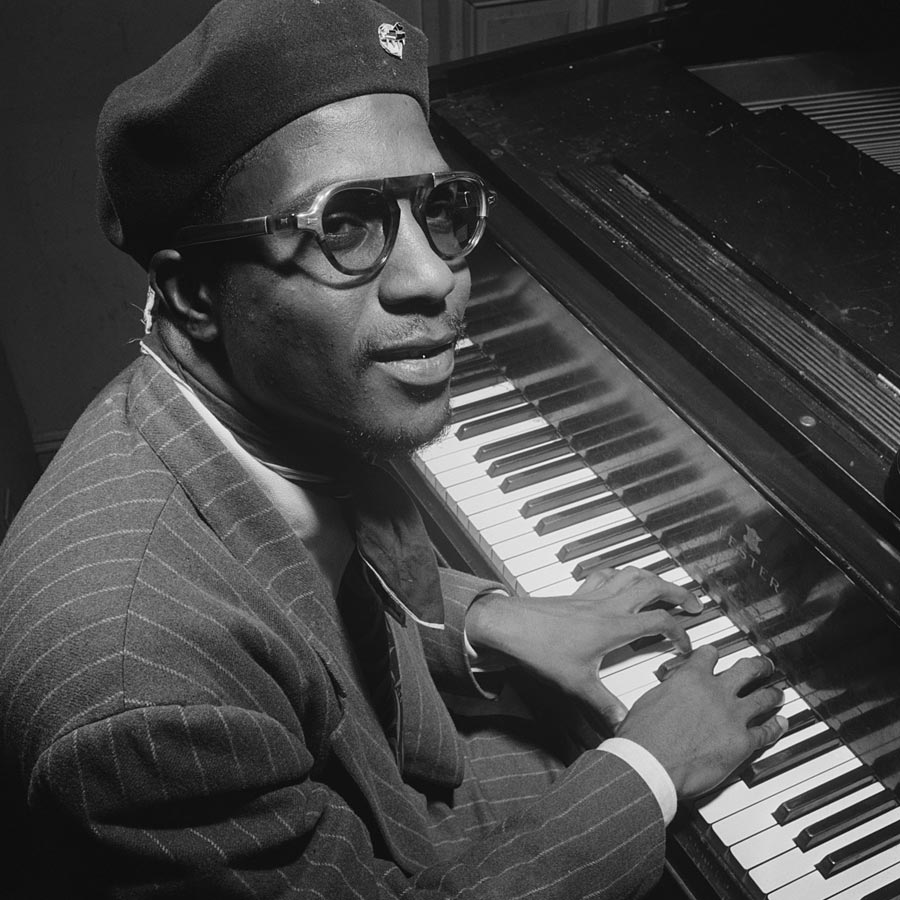 Thelonious Sphere Monk (October 10, 1917 – February 17, 1982) was an American jazz pianist and composer. He had a unique improvisational style and made numerous contributions to the standard jazz repertoire, including "'Round Midnight", "Blue Monk", "Straight, No Chaser", "Ruby, My Dear", "In Walked Bud", and "Well, You Needn't". Monk is the second-most-recorded jazz composer after Duke Ellington.

Monk's compositions and improvisations feature dissonances and angular melodic twists and are consistent with his unorthodox approach to the piano, which combined a highly percussive attack with abrupt, dramatic use of switched key releases, silences, and hesitations. His style was not universally appreciated; the poet and jazz critic Philip Larkin dismissed him as "the elephant on the keyboard".

Monk was renowned for a distinct look which included suits, hats, and sunglasses. He was also noted for an idiosyncratic habit during performances: while other musicians continued playing, Monk would stop, stand up, and dance for a few moments before returning to the piano...

Read more at Wikipedia
Rocky Mount, NC, USA
JazzBebopCool JazzHard Bop
This page contains information from Wikipedia, the user-contributed encyclopedia, released under the Creative Commons Attribution-Share-Alike License 3.0. It may not have been checked by editors and as such may contain factual errors.
Jazz Bebop Cool Jazz Hard Bop
Recent mentions of Thelonious Monk
No posts found.
Reviews Interviews Soapbox Mixtapes
Help About Advertise Privacy Terms Write for us
Search or choose cover photo
View Apply Cancel
We use cookies on our website to give you the most relevant experience by remembering your preferences and repeat visits. By clicking “Accept”, you consent to the use of all the cookies. Learn moreDo not sell my personal information
Cookie settingsACCEPT
Privacy & Cookies Policy