Tiana Khasi’s soulful voice has already been streamed over 3 million times thanks to collaborations with The Kite String Tangle, Golden Vessel and Sampology. A bright future awaits the talented jazz-trained musician now that her Sampology-produced EP Meghalaya has been released.

You’ve picked five songs to accompany this article. Would you like to say anything about your choices?
Click here to read Tiana’s responses.

[powerkit_row cols_nr=”2″][powerkit_col size=”7″]You described Jon Bap as a modern day jazz artist. Another artist sprung to mind for me in Flying Lotus, and I guess there’s probably a handful of artists who are doing a similar thing at the moment. So what does jazz mean to you? You’ve studied jazz formally – when you go to jazz school do they sit you down and go, okay this is what jazz is, or do you have to figure that out for yourself?
A bit of both. [/powerkit_col][powerkit_col size=”5″][/powerkit_col][/powerkit_row]

If you go back through history, there hasn’t really been one consistent style of jazz. It sort of feels like we’re into the next phase at the moment.
That’s what I think. And I think for me, jazz is more of an umbrella term for music that meets a few criteria. One being an authentic representation of folk music of the times. And I guess it really depends geographically… but yeah, jazz for me really is about authentic expression, improvisation and making the most of what has been presented to you. I guess stylistically, historically you know, you’ve got certain instruments that are regarded as jazz instruments, but I think now you’re starting to see more electronic production and yeah, experimental, or what’s considered experimental now being incorporated. So I guess that’s why I was referring to Jon Bap as more of a contemporary jazz artist. But a lot of his stuff is improvised. For me, that’s a major criteria of jazz. 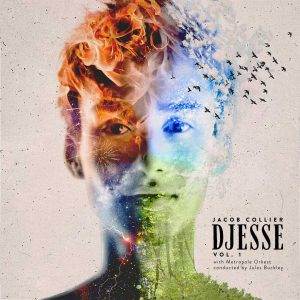 I go to the Melbourne International Jazz Festival pretty much every year and I’ve sort of noticed increasingly there’s more electronic artists coming onto the scene. Like KNOWER last year. Jacob Collier is coming out again this year. He’s sort of paving the way in a new sense.
I’ve seen his viral videos. I think a major part of it is this idea of learning the rules and then breaking them. So with a lot of your contemporary experimental artists, most people are surprised to find that behind the scenes of it all they’re actually classically trained or they’ve spent the time really listening to you know, icons or the greats of jazz, getting that repertoire in their heads first, and then breaking all the rules that they’ve been taught at jazz school.

Well congratulations on your EP. I had a chance to listen to it earlier today, and it’s just fantastic. It’s probably one of the strongest debuts from an Australian artist I’ve heard in some time.
Thank you. It’s so wild to think that people are listening to it, and I’m not there over their shoulder going, “Um, excuse me.” (laughs)

What can you tell us about the physical location of Meghalaya and why is it significant to you?
Yeah, so well, my name being Tiana Khasi, that’s my stage or my performance name or artist name. Khasi’s actually the name of my great grandmother’s tribe, so the Khasi people come from the hill region of Meghalaya, which is in north India. So it gets the most rainfall of anywhere in the world, and if you look up the imagery online, it’s just lush, green hills, waterfall, and manmade vine bridges. And it’s truly magical and it’s a somewhat untouched place. I’ve never been there. My grandma spent a lot of time there growing up. But as well as being a geographic place, for me it’s been a place that I’ve gone to spiritually and creativity to connect to what I felt was more of a wealth of creativity and as a way of connecting to my roots as well. So I wish I could say I’ve been there, but I’ve been told a lot about it.

Now in the press release you’re quoted as saying that you experienced some “growing pains being a young woman, mixed race/Australian born and studying jazz”. Do you feel alienated at all?
No, I think I’m privileged enough to go between, be in that grey area of being exotic but not too different, depending on the context. I found it funny being in an all girls catholic school and being called like the fob of my grade. But then I would be around my family and my Pacific Island family, and I couldn’t be more Australian and white compared to them. So it’s less about alienation and more about just not fully fitting in to a place.

I understand “They Call Me” thematically was intended to challenge depictions of women in history and literature. Who are some women who have influenced you and how did they make you want to affect change?
Yeah. Well starting just with my family, I’ve got an incredibly strong line of women who have I guess been though it all. More specifically, even just my grandmothers, so my Nanna and my Mums’s mum and my Dad’s mum, my grandmother, they’ve moved country with children and families and started fresh, owned businesses and yeah, built something from nothing, coming to Australia. So that alone is inspiration enough for me.

I think creation isn’t always driven. Sometimes it’s a discipline that you have to practice even when it feels uncomfortable.

What drives you to create?
Hmm that is a difficult one (laughs). I think creation isn’t always driven. Sometimes it’s a discipline that you have to practice even when it feels uncomfortable. Sometimes creating is a necessity and sometimes it’s a responsibility. So I think the EP as a creation was a mix of music that I couldn’t help but make and I needed to make and it came effortlessly. Like Georgia’s track, I just remember writing that driving my car to a gig and jotting it out on a piece of paper and then doing the gig that night. But then there were other tracks that I felt like it was hard work to finish, and that’s where the sense of responsibility behind creating came in. Because I felt like they were important stories to tell, and they needed to be honoured. So there is the drive, but it’s definitely a mix of discipline, inspiration and responsibility.

How much input did Sampology have in regards to instrumentation and arrangement of your songs?
It really depends on the track. Every track was written and arranged and recorded differently. Tracks like “They Call Me”, that initial sort of percussive beat you hear, that was something that Sam had created I don’t know how long ago but he didn’t really have a place for it in any of his projects at the time, but upon hearing it I got inspired and was like, “I have the lyrics for this.” And then the strings on Georgia’s track, Sam was super inspired and came up with a string arrangement for that. So his input when it comes to instrumentation and arrangement is woven throughout the whole EP. It’s hard to put a finger on or yeah, to measure it because it’s just so integrated.

Do you think you’ll work towards a full-length after this one?
Definitely. I’m exploring more experimental styles of songwriting as well as wanting to polish up on more traditional styles of songwriting as well and I think that that’s what I’d be working towards with an album… I’d definitely love to work towards an album working on more of my traditional songwriting techniques and fleshing out stories of my own post-Meghalaya.

Are there any new releases from your other band Astro Travellers on the horizon?
Yeah, we’re actually finishing up an album that’s been a couple of years in the making. I’m really proud of it, and yeah, I think it’ll mark a really new chapter of Australian hip hop in terms of the jazz influence. And Sampology produced that one was well.

If you could collaborate with any artist, in any medium, past or present, who would it be and what would you ideally create?
I’ve been asked this question before and I struggled so hard. I should have thought about this. Sorry. I just… can you answer this question?

I’ve actually thought about this for a long time myself.
Yeah I bet.

I don’t have an answer myself. That’s why I like asking other people.
Yeah. Okay. Not one hundred percent sure specifically who, but I would really love to collaborate with a visual artist, and do like a mixed media installation of music and visuals. Maybe they could paint something whilst listening to my songs and I could write a song about their painting… I feel like it would be filmed, it would be in a gallery, probably go back to GOMA, represent Brisbane.