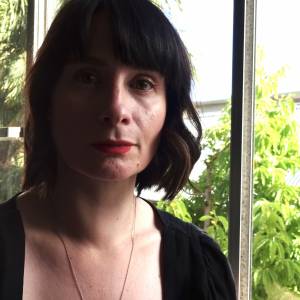 Verseary is the moniker of Australian alternative country singer-songwriter Chantelle Rogers. A move back to regional Victoria last year during lockdown restrictions inspired new songs about the grass not necessarily being greener on the other side. The resulting release, A Fools Gold is out now.

How did you first get into music?
My family have been a big influence in exposing me to music. Dad was an Elvis fan so there was always the classics and also played me Roy Orbison when I was young along with The Traveling Wilburys.

Do you prefer writing music in isolation or with others?
I didn’t really intend to write or record these particular songs the way that I did. They were suppose to be with a full band in a studio somewhere in Melbourne. When COVID hit and everyone was locked down in Victoria for an extended period of time, it made me reconsider how I would record them and also how I would play them and where. They are very minimal, as I was considering that they may be performed online or as solo performances live depending on where we were with the current restrictions.

Is it easier to write from a place of happiness or a place of sadness?
I don’t think it has to be either of the two. My songs generally have a bit of a somber tone but its more about how those who listen interpret the story for themselves rather than convey a particular mood.

Are there any hidden messages in your work?
(Laughs) No. I think it might be the opposite – putting all the cards on the table.

Who was the last person you hugged?
My Dad, Thankfully.

What would you most like to change about the music industry?
I worked with Ash (Brown) on these two songs. She was fantastic! A new young up and coming lady to watch out for. It was wonderful to be able to work with a female engineer and I hope there will be more woman entering the industry in all different fields of sound production.

What’s the most unlikely source of inspiration you’ve discovered?
Bike riding in regional Victoria. Most of these new songs or melodies and lyrics came when I was riding around trails in Bendigo. I rode the O’Keefe Trail many times and tried to challenge myself to get to Heathcote. I nearly did one day but had a flat tyre. That’s actually where the chorus for “Losing Game” came from. It originally started out as a little note, “You’re always on these trails”.

What’s next for you?
Playing some shows across Victoria soon, then looking to set some dates interstate throughout the year. I’m also looking at recording an EP later this year.

If you could collaborate with any artist, in any medium, who would it be and what would you create?
Andy Warhol. A polaroid series.