Tokyo-born, Sydney-based producer Nyxen has already amassed over 16 million streams in just a few short years. She’s chosen 5 tracks to share with us, following her national “Insomnia” single launch tour and ahead of her extended release due later this year.

Metric – Too Little Too Late
I was completely obsessed with this song in high school. I remember listening to it on repeat and just being consumed by the imagery set by the lyrics. I used it as a related text for an English assignment (as I did with a ridiculous amount of Metric’s other songs). Metric were a constant for me growing up and I still listen to their music too much.

The Human League – Don’t You Want Me
I’ve loved this song for longer than I can remember. My dad had this collection of compilation CDs from different decades and I’d often rummage around trying to find the 80s disc with this song on it. I remember on weekends after dinner we would jump in the car and do a loop of the city over the ANZAC bridge and Sydney Harbour Bridge, we’d always have the radio station on and the Saturday Night Party Mix was exclusively 80s and 90s dance hits. This song is here to represent all of those 80s classics, driving through the city listening to those songs, staring out the window at all the lights is something that has really lodged itself into my memory.

Bruce Springsteen – I’m On Fire
This song I could listen to on repeat forever, the arrangement is just perfect and the vocal delivery is so vulnerable but strong. It transports me to another place, I don’t really have anything to worry about when this song is on, except maybe that I was born in the wrong decade. I hope to write as a song almost as good as it one day.

Starsailor – Four To The Floor (Thin White Duke Mix)
Possibly one of the greatest remixes of all times, I remember hearing this on the radio when I was growing up and it was the fist time I’d ever heard anything like it. Each time it played on the radio I’d have to hang back patiently waiting for the presenter to announce what had just been playing. Thank god we have Shazam now, right? I play this in all my DJ sets, never fails to go off.

New Order – Blue Monday
Absolute dance music perfection! The bassline, the drum pattern, the guitar, the synth, the vocals… It’s pretty much everything I love crammed together. I think the aesthetic of this song has been super influential to my own music, very dark, interesting layers and these whack sounds that pop up occasionally. 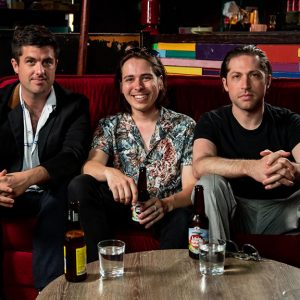 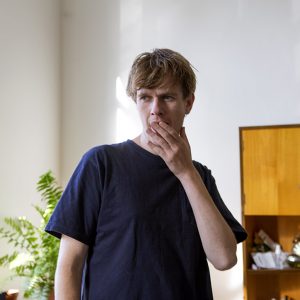