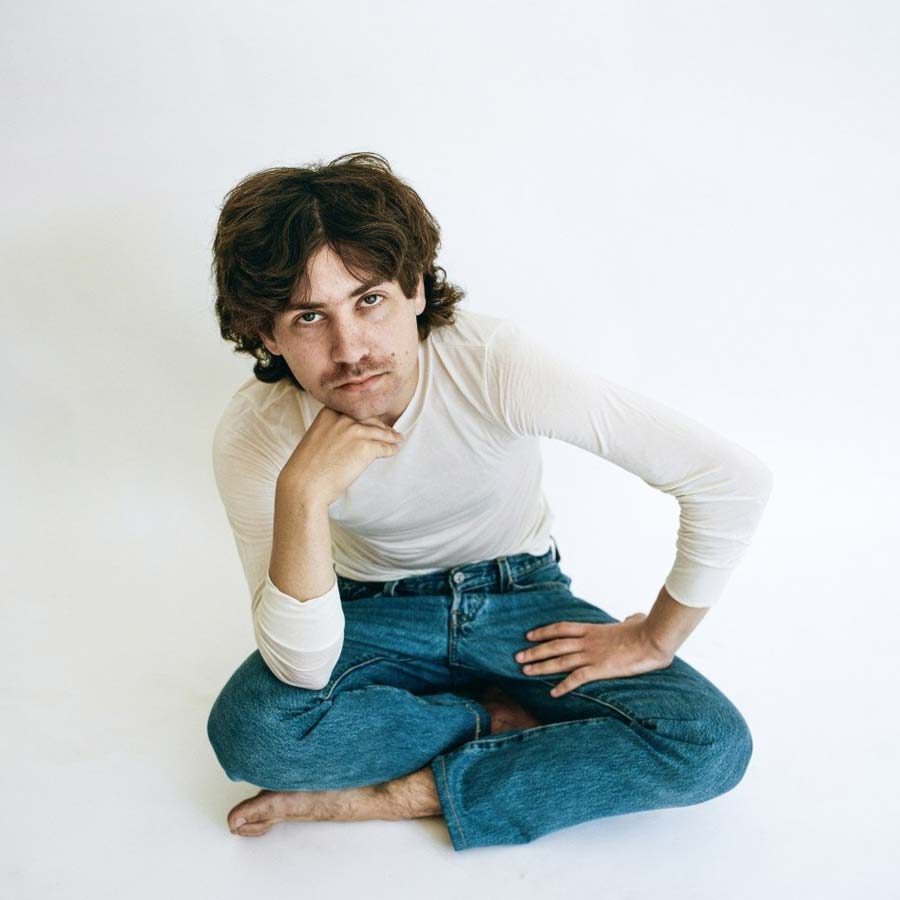 Alex Izenberg is an L.A. based singer-songwriter who dives right into his affinity of vintage 70s sounds. On his first album Harlequin (2016), Izenberg channeled songwriters like Harry Nilsson who played with off-kilter folk and chamber pop. Four years later, Caravan Château continues Izenberg’s trend with an emphasis on psychedelic revisionism.

Starting with a bluesy, electric guitar intro, “Requiem” introduces Izenberg’s signature breathy vocals. The track is carried into a lull through stale and lackadaisical key stabs. The attempt to conjure a mystical feeling to the track is apparent, but it comes off forced with clunky instrumental interjections. “Sister Jade” is a breezy stroll, heavy on the piano and string embellishments while hackneyed pentatonic guitar runs seem to operate on autopilot.

“Anne in Strange Furs” is an artsy folk number. With a minimal strum, passes of jovial chamber pop orchestration are put together, but the layers don’t mesh well – each transition from passage to passage is jarring. This is one of the main faults of the record; the song construction is just not fine tuned enough. On “Saffron Glimpse”, Izenberg tries his hand at some snappy neo-soul, instrumentally emulating something you might hear from The Drifters. The problem is the vocals, as his sleepy singing does not do the song any justice.

“Dancing Through The Turquoise” is stripped back, carried mostly through some dark piano. Izenberg shows a different, most ghostly side of his voice that is very reminiscent of Antony and the Johnsons. Sadly, the vocals lose their impact once Izenberg drifts back into his falsetto, a curious choice that he keeps returning to throughout the album. It ends up meandering into half-baked leads in psych-freeform “Bouquets Falling In The Rain”, which features long instrumental sections, with pleasant drum patterns over processional drones.

“Revolution Girls” feels like an attempt to replicate Neil Young’s classic anthem “Southern Man” (1970). But Izenberg is not able to pull off a song with the same bite as the former, ultimately succumbing to a hollow atmosphere.

The closer, the title track, is the most compelling song here. An evocative piano ballad, this is Izenberg at his most stripped down. This shows his music is actually the most interesting when it is at its most unembellished, as opposed to the baroque experimentation he is going for. Caravan Château could have been an overall much better record if it committed to a ‘less is more’ approach.

Despite working with collaborators from many great bands (Grizzly Bear, Foxygen, Whitney), it sounds like Izenberg has yet to find his identity as a song crafter. At times the instrumental arrangements feel dialled in, copied and pasted from artists which inspire him, but without the character. Mainly, Caravan Château lacks any liveliness. Perhaps some will find enjoyment in its whimsicalness, but it is hard to imagine this record won’t drift into background music for most.