Slip into something comfortable, whip out the hammock and shut your eyes for this one, because Amber Arcades’ second LP European Heartbreak is the perfect lazy Sunday album to relax to. Two years on from her debut Fading Lines which captured the hearts of many indie lovers, Dutch singer-songwriter Annelotte de Graaf has returned with an incredibly easy listening effort. The breezy and melancholy atmosphere is the album’s greatest strength, yet unfortunately at times can also be its slight undoing.

Kicking off with “Simple Song”, immediately there’s a transportation into the world of Amber Arcades, one that has been tread plenty of times with many artists, but still has a bubbly uniqueness to it all. It is obvious she has drawn upon influences such as Courtney Barnett and late 60s to 70s Bob Dylan, particularly evident in the musical progression. Joyous guitars, crisp drum fills and even minor horn work get the album off to a flying start. 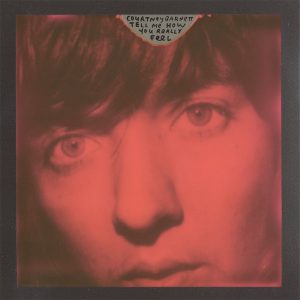 “Hardly Knew” deepens the tone set in the opener, with de Graaf’s gorgeous melodies and vocals on stunning display, contrasted once again against the elegantly produced guitars, drums and horn sections. “The future is coming faster than I’m leaving baby,” de Graaf coolly preaches over the slow-paced beat, her fears of missing golden opportunities due to love on full display here. Continuing on from these themes and soothing sounds is “Oh My Love (What Have We Done)”, in which she once again provides impressive melodies and range without any effort. It’s tantalising, calming and incredibly easy to digest, a mix that is consistent throughout European Heartbreak. With sharp little quirks and unique touches to the track such as the quiet throbbing of the bassline, or key work throughout the second verse, it is a definite standout.

“Goodnight Europe” follows on from the jubilant affair of “Oh My Love (What Have We Done)”, yet it is just as impressive in its production. “It’s hard to feel like you’re alive, maybe we might as well be blind,” de Graaf sings in the chorus, setting a sombre tone for the track as a Beatles Abbey Road-era style electric guitar grooves on top of the beat. While the lush arrangement gives the track depth, the song structure comes across as repetitive at times.

The album strikes a lull at its midway point with “Alpine Town”, a track with minor creative differences to songs prior to it and also perhaps lacking in creativity in its melody and lyricism. “I’ve Done the Best” continues on the melancholy route with a kick-snare combo and jangly piano chords. Singing “so earthy, out of place” amongst a verse regarding “other intelligent life form,” serves to illustrate de Graaf’s alienation.

“Self-Portrait In a Car At Night” could not be better placed in this album. It is de Graaf stripped back, allowing her beautiful melodies and vocals to draw the listener in. The production is minimal aside from the simple strumming of a guitar and light string work that take you through the effortless harmonies. A surprising and much needed change of pace, it is more than welcome at these later stages of the album.

Following on is “Something’s Gonna Take Your Love Away”, which gets off to a rocky start with a very similar feel to the earlier tracks in European Heartbreak, a common tendency in an album that has a very laid-back vibe to it. Yet, the build and memorable chorus do enough here. Colourful piano chords and stellar basslines compliment the singer as she repeats “something’s gonna take your love away,” over and over again, not once overstaying its welcome. But the tone is once again shifted on “Antoine”, a morose tale about young love. Boasting admirable production qualities through the layering of piano chords, light drum work and basslines, the track feels untapped and never reaches emotional heights that it appears it is striving for at times. Particularly nearing the end, it just doesn’t possess the punch it was going for.

Flipping the switch again, de Graaf goes for another upbeat number in “Where Did You Go”. It’s perhaps one of the more standard rock-oriented tracks on the album, but it again fails to provide a standout moment. Whilst being a nice song, it definitely feel like a filler track and showcases the slight inconsistencies with European Heartbreak – this being the uncertainty of pacing and directions at times.

“Baby Eternity” is a slow-burner that provides a perfect closing. The production is on full display here, with a combination of strings, jiving pianos, dull slapping bass and light cymbals. “Baby it can’t be you and me, just us two together, together forever,” de Graaf opens with such ease and grace, setting the tone for a morose track about the insecurities of remaining in love with the same person forever. As the song continues to build, the harmonies rise, the pianos jangle with undeniable Ian Stewart-like intensity, the basslines grow and the vocals come together in a kaleidoscope of sound that comes to a dizzying halt.

Amber Arcades has only just scratched the surface of what she is truly capable of. European Heartbreak is an enjoyable album, but one that just falls short at times in its inconsistent tone – juggling sombre moments with more grand ones. Regardless, de Graaf should be proud of the gorgeous album she has created – one filled with memorable moments and excitement for what is next to come.