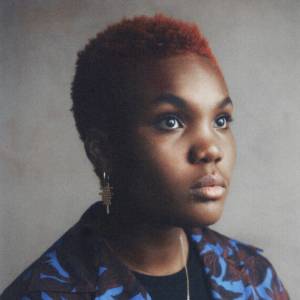 Arlo Parks may be only 20 years old but it’s already been two years since her debut single “Cola” began lighting up the wires of BBC radio programmers and booking agents across England. It didn’t take long for that enthusiasm to spread. By the time Parks had released two more EPs it was 2020 and she was embarking on her first European tour. The touring industry didn’t last long in 2020 however, and Parks was relegated to promoting her new album on late night talk shows and through a steady release of singles. Her debut album, Collapsed In Sunbeams ended up being pushed off until the beginning on 2021 while its anticipation mounted.

There are always musicians who seem destined to break onto the scene with a critically lauded and commercially massive debut. Rarely does it work out that way though. After a string of EPs and singles heralded as intellectually distinct and poetic as pop music gets (whether or not that’s true is a different story) it seemed that Parks was being set up to capitalise on that success.

One thing is certain; the songs on Collapsed In Sunbeams are head and shoulders above her previous work. Maybe it’s the assistance of Gianluca Buccellati, who co-wrote the majority of tracks. He helps elevate Parks above the hushed work she did previously into someone who could believably top a chart one day. Their partnership defines Collapsed In Sunbeams, albeit less as a mentor-protégée and more as an artist knowingly bringing in a heavy-hitter to build the sound she’s looking for.

Parks’ songs are sweet and relaxed but each flaunts its strengths in order to come off as cool as Parks herself – working to build a vibe that blends itself unto a multitude of chill scenarios. She always remains effortlessly approachable and unobjectionable, someone who feels destined to be a safe bet for years of date nights and hip family gatherings. But in that affability lays a banality, something that never takes away from the songs individually but when lined up in a row is undeniable. Without any inherent risk the music lacks the effect it could have. Parks is often limited to a truncated written performance, one that’s always on the brink of being greater than it is, but never seems like more than words to accompany the hooks.

Even while the depth on Collapsed In Sunbeams can be frustrating, the choruses are as big as they come. Parks has the utmost confidence, weaving her songs around their formulas and crafting her earworms so they’re memorable even after the first listen. On one of the more somber cuts, “Caroline”, a mellow trip hop-influenced back beat thumps along steadily through the entire track while Parks powers through each verse, bridge, chorus and breakdown like a machinist more than a singer, something it takes pop singers years to master.

Another highlight, “Too Good” plays like a Lauryn Hill track, ringing every drop out of each hook and similarly fixating on a single driving beat until the entire song dissolves around it. Many of the other tracks operate in the same way, pulling a single genre element to help diversify their placement, whether it’s the chicken scratch guitar on “Just Go”, the Portishead-influenced arrangement behind “For Violet” or the sample-heavy aesthetic of “Blueish”. These choices work well for Parks, flowing into each other and becoming cohesive almost to a fault. But importantly, each of these decisions feels like one made by Parks – whether it be a nod towards her love of hip-hop or her jazzy adlibs, something indelible to a proper debut.

Arlo Parks has emerged with an album that lives up to the hype. Collapsed In Sunbeams could have been a curated home run for a musician at the height of their success, but instead it’s Parks first foray into creating a single body of work, something that evokes her strengths and her personality. While not as challenging or interesting as it feels like it could be, especially when Parks flirts with a boundary push on the final track “Portra 400”, her debut remains a stunning exercise in self-fulfillment, and reason enough to expect a lot more talent from Parks over the next few years.