It’s been heavily noted as the 2010s come to a close, that this decade could mark the end of the true indie subculture that defined the early years of the internet. Late in the 00s the term ‘indie’ was coopted by music media as a label for a certain brand of slightly-left of slightly-light rock music, but as this decade began, the origins of that genre: the independent labels, blogs and Myspace channels that had become renowned for their use as champions of the underrepresented artist began to dissipate. As the social media revolution took hold, it wasn’t so much that DIY music was disappearing as it was that it was changing. No longer did bands and musicians of a certain genre or age need to gather and wallow in obscurity, with the rise of SoundCloud, Bandcamp and more recently, TikTok, emerging artists enjoy the benefit of a global village where all an artist needs these days is a way to get their music to the people and have it catch on like wildfire. The way the music industry has changed is a good thing, and more than that, it gives Béret’s Ian Kurtis Crist the platform he deserves. 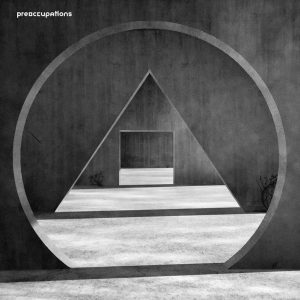 Crist has made the most of those two competing paradigms while releasing his first few albums on Bandcamp and through a string of minor labels. That competing use of media can best be described with the disclaimer he had featured under his early online releases: “Don’t buy this off Bandcamp, contact me personally.” Making the most of the modern outlet for his music but still trying to get paid. Those first two albums – 2016’s Popularized Architectural Movement and 2018’s Emmenagogue Hotel (Selfish Place of Pain) have a very specific (and fairly obvious from their respective album titles) post-punk sound that is probably most reminiscent of Preoccupations. That sound, however, is consistently undercut by Crist’s vocal delivery which struggles between the more straightforward punk gusto of a young A. Savage and the occasional spoken word interlude that has helped build his fan base. Those albums as well as the new one do have one binding quality that elevates his work above other musicians with similar influences – a deliberate and unique production. Crist may be a musician, but you can tell first and foremost he is an audio engineer, and one that has decided to use his work to exemplify his production strengths.

His newest release Jesus White is a significant step forward for both the young musician and the young engineer. Recorded in his native Seattle, he builds upon the sound design that was a trademark of his previous work without changing the very specific type of music he makes. One thing you’ll notice off the bat is to help connect this album to his oeuvre he forgoes the use of almost any drums on the album, helping to maintain an eerie strung-together amalgamation of tracks. Strangely enough, Jesus White remains propulsive, featuring some of the most direct and pop-influenced tracks under the Béret moniker. That these tracks are some of his best may also be the result of Crist’s new label and his association with some new engineers.

While Crist remains the singer-songwriter and engineer, working from his hometown, for this album he has released it through the Chicago-based Born Yesterday label and enlisted the help of mix engineer Arran Fisher and mastering engineer Carl Saff. As with most artists, having a few more hands to help with the final product seems to have not only helped Crist’s album sound better but also contributed to the strength of the songs themselves.

Jesus White offers up two distinct kinds of songs. There’s the droney, ambient sound collages that Béret listeners are accustomed to and there’s the somewhat pop-centric powerhouses that Crist is becoming very good at, even if they have been rare up until this point. The two work together and help to balance each other out but in the end this album can’t help but feel transitional, with the first two tracks here representing that change most substantially.

Where the leadoff track “Beauty in Perversion” is typically cryptic and layered, and at most points to an improvement on Crist’s formula, it still feels like it’s holding back, especially next to the in-your-face bombastic “White Hole”. Similarly, “How Many People” and “Solace” sound great as exercises for recording technique, but aren’t much more than tone setters. These songs are by no means inherently bad but once the string of “Book of Hera”, “Relapse” and “Fade Out the World” begins, it’s hard not to find them inconsequential. Those tracks are increasingly catchy and subversive of their lyrics and place at the crux of the album, but most importantly they let Crist’s confidence outshine his normal professionalism and sell his role as more than just an amateur. “Fade Out the World” especially is noteworthy as maybe the only Béret song you could really dance too. Together these three songs in a row represent the potential that Crist has and having them complement each other in quick succession is enthralling.

The tail end of Jesus White marks a bookend that returns to the sounds of classic Béret and the spacey atmospherics of “Time Like Fluid”. After a breezy beginning, the song’s coda is a not insignificant section of the track that features only a repeating chord and a should-be cathartic level of feedback. Instead, Crist holds back from what would be the point that makes your hair stand up, leaving you with only the drawn out spoken word of “World Revolves Around Me” as a conciliation. That closing track itself is almost the definition of anti-climactic; an acknowledgement that this record is not a rebirth or a retcon of the kind of music that Crist makes. Instead, it’s the moment he’s been waiting all record for.

The best thing about Jesus White is that not only does the album not really sound like anything or anyone else but the songs themselves are all noticeably distinct from each other. Even when it seems that Crist might be treading water, he gives you a reason to second guess yourself. In the current environment, anyone can market their music to the public and as an independent artist you no longer have to fall into the current zeitgeist. Béret has promise, and whether or not he abandons his old style and dives head first into the consistent and thrilling styles here, he is an artist worthy of attention.