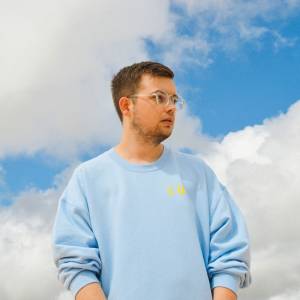 The most notable element of the album is the variety of interesting instrumental arrangements backing the rap-style vocals throughout the track. Each song incorporates a unique character and voice through a plethora of beats and synths acting as a character responding to Reeves’s lyrics. Reeves plays well with others on this album, featuring collaborations with Ramaj Eroc, Tebir, Priya Francis, and Ben Ivories. The overarching theme connecting the lyrics across songs includes love for his girlfriend, his plight for success, and the overall experience of being young and uncertain of the future.

Reeves says of his fourth studio album, “It is entirely self-produced and the most personal thing I have ever made.”

Biting The Life Nectar begins with “Weight”, a 30-second introductory track, warming up the ears for the rest of the album. It kicks off proceedings with an eerie orchestral effect that begins to tip over into screeching strings, and the vocals muffle as if the speakers that produce these sounds are melting. “Weight” tips right into “Anxious”.

“Anxious” has a compelling beginning, a soft, careful, lo-fi aesthetic with a snappy, clapping beat. The lyrics are introspective and tell a story that will be familiar to anyone who has ever suffered from anxiety or felt alone and lost in a crowd. Ramaj Eroc brings a bit more force with his verses, and the instruments tastefully distort as he brings out the final verse of the tune.

“Freckles” transitions to a more upbeat tone while retaining the chill vibes. Francis’ high and light vocals are a beautiful surprise in the latter part of the song. The drums and harmonies sit in the backseat for this tune – the variety of voices intermingling on the track sit in the spotlight for the song’s duration.

The fourth track, “Good Fit”, was one of the album’s singles and is a feel-good song fit for cruising down a lazy, hazy summer afternoon. The lackadaisical beat has an excellent swing and is perfect for some head-bobbing and shoulder-swinging. The breakdown towards the end adds an edge to the entire production, setting it apart from similar songs in the genre.

“What If You Fly?” is slightly slower and acts much like a transitional period between the first and second half of the album. The track itself is only one minute and 15 seconds in length, and the latter half is a repetitive clip with a muffled vocal effect reminiscent of “Weight”. The message is inspiring and comforting and gives an ambiance of an older sibling dealing out advice on how to fly.

The album picks back up again with “Young Lord”. The introductory trumpet is a friendly welcoming to the song. The tune paints a picture of a jaunty walk down a city sidewalk. There is a jazzy and RnB vibe until the chorus hits. The chorus, in contrast, is aggressive. “Young lord” is screamed out as drums kick and slap. But then the tone shifts back to the gentler sounds with trumpets and a subtle bassline. At first, the transition is abrupt and startling. But by the end of the track, and certainly, by the second listen, the whole production and flipping of tonalities give the tune an extra flair of excitement.

“Smell the Flowers” follows the same themes of the other songs in this collection about learning about life, writing raps and earning it. The song has a familiarity, something you can’t quite put your finger on, as well as a touch of nostalgia.

After “Smell the Flowers” comes “Growing Pains”, which opens with an instrumental arrangement sounding like a music box. The vocals come in very forcefully, seeming a bit out of place with the delicate, albeit slightly disoriented harmonies. The lyrics tell a story of youthful rebellion, with a boldness matching the dissonance of the music. A minute in, the song comes to a shift, smoothing out to become more reminiscent of the rest of the album, with a slightly darker, vaguely sinister tone.

Next comes “Mama”, featuring Ben Ivories. This single has a great vocal melody accompanied with high pitch synth effects. The halting vocals and drama of the pausing and jolting synth feel like the setup of a rap battle.

“Mama” is followed by “Look Up”, another track featuring Ivories. The vocals are soothing, suiting the lo-fi instrumental arrangement. Ivories’ vocals complement Reeves, and the rise up into his verses contains a well-placed swooshing, pushing up the anticipation without adding an unnecessary burst of energy. The burst of energy comes at the end, with a spark of excitement the song has been leading up into. “Look Up” ends a bit abruptly after an anthemic outro.

Just before the final track of the album is “Love”, a 32-second track that doesn’t quite set up the final song, as it acts as a bookend to the intermission type tracks of “Weight” and “What If You Fly?”. The same muffled, radio-type voice calls out, but this time the repeated lines sound like a fight between a couple and have a more negative tone compared to the rest of the album. It is well mixed, interesting and engaging to listen to, but the choice on why to include it on Biting The Life Nectar is a bit of a riddle.

The album ends with “Slump / The Other Side”. A lot is happening sonically with this track, with the melody laying on top of ambient sounds and intermingling harmonies. The outro is a middle ground between the indie-pop, RnB, and hip hop influences tugging at each of the tracks. It is as if the album is going out on a note of “in summation…”. Although it doesn’t quite go out with a bang, the song is an amalgamation of the solid production elements of the other tracks on the album. Overall, Reeves has made a collection of tunes that should resonate with a wide audience, incorporating captivating melodies into every minute of the album.