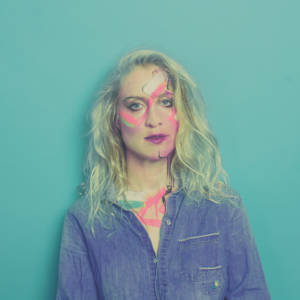 Everybody has a voice. Unlike instruments, where style and timbre can be combined to become almost synonymous with certain performers, voices naturally are. People have built entire careers trying to sound like someone else, whether it be Josh Kiszka or Adam Lambert, but unlike through instrumental work, which can be uncannily replicated, vocals are always distinct.

Australian Charlotte Roberts has found a lot of inspiration in her voice, and knowingly guides others to do the same. Outside of her studio work Roberts is one of the founders of The Musical Body, a new agey vocal therapy program that helps to provide assistance through meditation, improvisation and songwriting to vocalists and non-vocalists alike. She understands that everyone has a voice, and the vast majority are underutilised. It doesn’t hurt that she has a pretty great voice herself.

Roberts’ whole career is fixated around that voice, whether it be her vocal therapy work, her live performance art or her studio albums. Her first record, Stay In Your Power (2018), was built on songs, finding Roberts syphoning her sound into roughly incremental tracks often built around a verse-chorus-verse structure. Her experimental and improvisational tendencies did give that album an off-kilter edge but were often too stiffened to become more than mere interludes. Roberts, aware that these were easily the most compelling moments from her debut, decided to steer into what she does best on her next outing.

Her new album, Incantations, draws almost entirely from Roberts’ live performance work. With producer Joe Hammond at the helm, she has found inspiration in creating an album around her voice, instead of making her voice fit into the album. As Roberts herself put it, “This album is about tuning into the body, finding ease during challenging times, this album encourages me to re-calibrate myself and how I relate to the world around me.” Incantations serves two purposes, to provide the world with some studio-quality evidence of Roberts’ improvisation, and to provide listeners with a more effective representation of her musical prowess.

Incantations leans heavily on those improv roots, but that’s not to say it’s not well done – the new album is sufficiently stronger than its predecessor. Even if only three songs have words, those tracks are more indicative of the musician performing than anything else. If Stay In Your Power could best be described by its Laurie Anderson influences, her newest album borrows more from avant-garde, cult vocalist Meredith Monk, a guiding figure in Roberts’ life, and someone who seems innately compatible with her ethos.

That influence is best exemplified by “Soft Weather”, the ruminative vocal-heavy lead-off track. Whether it be the lip-smacking backbeat, the multi-tracked harmonies or the swelling and dipping of the dynamic vocals. Roberts makes a case for herself here as more than an experimental artist by default.

She is not immune to backsliding though. “Grandad Song”, even with its ambitious arrangement features some spoken word and lyricism that might work better in a live setting or on Roberts’ first album but feel staunchly out of place here. The sister track “Grandmar Song” similarly struggles, having only a few glimmers of the stoic realism of the other songs on the album. Lyricism isn’t completely out of place on a record like this but when the instrumental arrangements are as richly orchestrated as they are, the narrative must feel that way as well.

“Dreams Are Made” does the best job at combining proper lyrics with Roberts’ effortless improv. The song structures its loops over and over each other to the point where the lyricism becomes a welcome refrain instead of an impediment. This, along with some other tracks, prove the album is versatile as well, even amongst all the chant repetition. “Heizam Boyeh” for example, lends its mantric vocal choir a percussive beat to propel the track forward. It’s lively and distinct from its counterparts on the album, the only track here you could arguably dance to.

These songs, while often instrumentally sparse and mostly devoid of words, are seldom boring. At their best, they represent the capabilities and nuance of a single person’s voice and at their worst they can lack the electricity of her concerts, drifting into moody filler. Roberts’ career however, is defined by live, improvisational performances and studio work that strives to catch up. While her first album seemed to struggle with its identity, Incantations’ greatest strength may be just how comfortable it feels with itself, and that’s not easy to accomplish. Her newest album may not be as approachable as her earlier work, but it succeeds by being well built, well performed and well intentioned. A natural and indicative release from a performer who can still be hard to pin down.