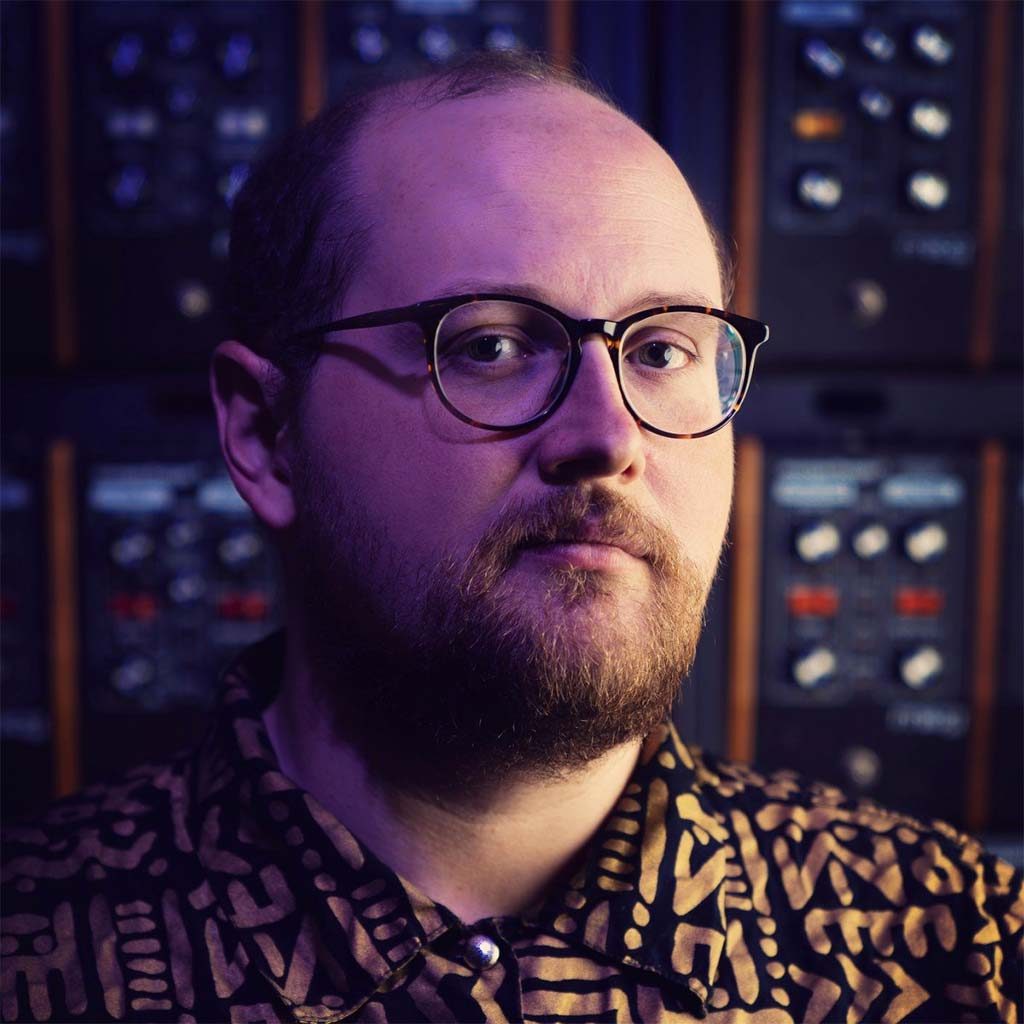 Dan Deacon is an electronic artist who has embraced the more hyperactive and colourful side of electronica, with much of his material reeling in a sense of childlike wonder and imagination. His earlier works, Spiderman of the Rings (2007) and Bromst (2009), while slightly loose and unfocused, showcased an impressive instrumental palette and his trademark vocal manipulations. But it wasn’t until he gave his work a conceptual framing or context that it became more purposeful and evocative. For instance, his colourful evocation of busy traffic on “Guilford Avenue Bridge” (America, 2012) or the life-changing psychedelic trip of “When I Was Done Dying” (Gliss Riffer, 2015), perhaps his defining song to date – an endlessly unfurling, towering, life-affirming masterpiece.

Since Gliss Riffer came out nearly five years ago, Deacon has taken on a multitude of film score projects – experiences that, along with this new album’s underlying concept, led him to redefine his approach. As Deacon explains, a mystic familiar is an entity “that can communicate magically with another person”, and here he has used these familiars to personify different emotional states, using different manipulated voices, including his own, to represent each one. It makes for one of the first times Deacon has used his unaltered voice to this extent on record, which gives Mystic Familiar a vulnerability that had largely not factored into his earlier records.

Deacon has demonstrably refined his instrumental and compositional approach as well – compared to the sometimes overwhelmingly bombastic, hyperactive electronica of earlier records, the rushing cascade of electric piano on opener “Become a Mountain” is a breath of fresh air, a splash of a pristine waterfall that blooms into a radiant explosion of colour in the song’s last third. In the making of the album, Deacon was heavily inspired by David Lynch’s writings on transcendental meditation (Catching the Big Fish) and many of its lyrical themes appear to stem directly from that, including the words on “Become a Mountain”, where he seems to speak to the possibilities opened up by practising meditation.

The album’s lead single, “Sat By A Tree”, was also inspired by an experience of meditating by a tree, in search of answers, and the subsequent unfurling of questioning that came from it. Brought in by the warm ambience of “Hypnagogic”, “Sat By A Tree” is a dizzying, joyous whirlwind in the spirit of “When I Was Done Dying”, an adrenaline rush of propulsive rhythms. Meanwhile, the other tree song, “Weeping Birch”, takes some inspiration from minimalism – built on repetitive, winding string arpeggios that swell and dissipate into a hypnotising reverie.

The middle of the album is taken up by the four-part “Arp” suite, pre-empted by the dense, percussive contortions of “Wide Eyed”, before we dive in the water on “Float Away”, with a distant but warm, reassuring voice telling us to “close your eyes; float away…” over a frantic but measured overload of an instrumental. A sense of fear and doubt creeps in on “Far From Shore”, with a writhing, cryptic saxophone that seems to be desperately grasping at something that’s quickly slipping – that is, before we enter a tense, flaring prog-electro build, more muted and cautious, but explosive nonetheless. The vocodered voice of doubt and fear creeps in, with a reprise of the “there’s a darkness in this place” mantra from “Far From Shore”, this time drenched in an electric miasma, as the song builds to a fiery nightfall – majestic but dangerous and overwhelming at the same time. It all gradually falls away on the conclusive “Any Moment”, and all we’re left with are frayed and distorted bits of electronics – the fear and doubt are destroyed, as with everything else, but at the very least, we’re safe.

It isn’t long before we dive in the water again on “Fell Into the Ocean”, this time without the darkness previously present. Though a more relatively straightforward piece, the call and response refrain jumps out joyfully, especially against the airy choir on its second repetition.

Deacon brings in another familiar for the penultimate “My Friend”, this time a weary and faltering voice, perhaps an entity nearer the end of its life, but defiant all the same (“I’m still alive and screaming”). Despite the typically amped up, psychedelic instrumental arrangement, there is more of a gentle fragility that echoes the slightly ambiguous finality of the lyrics, especially being rounded out by the couplet of “I’m sure there will be more times; I’m just not sure when; glad we had so many… my friend” – a bittersweet conclusion.

The final piece, “Bumble Bee Crown King”, the album’s longest, is a decent summary of the album’s instrumental palette, its bright synth embellishments and frantic pace rounding out the album with another headlong rush into a tunnel of technicolour.

So, all in all, it could be said that Mystic Familiar is Deacon’s most refined and fully realised album. In a sense, it is as though his music has grown up, but hasn’t lost the sense of childlike imagination and wonder, while also embracing a sense of vulnerability. An exciting, colourful and life-affirming effort.