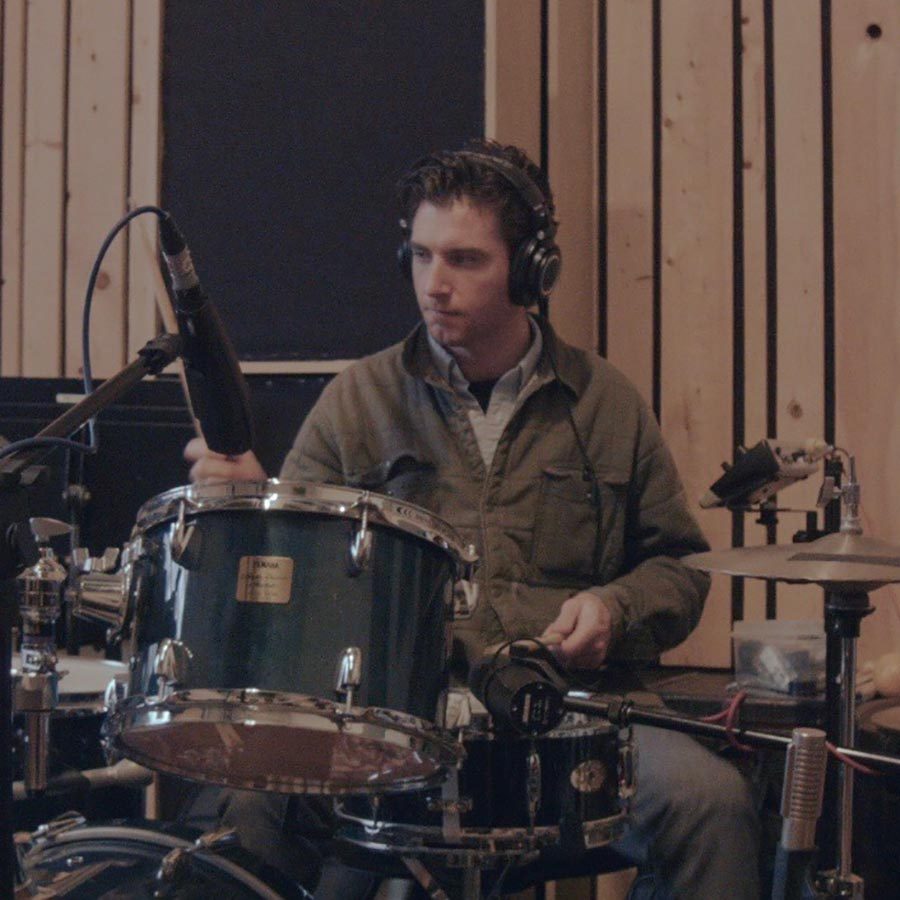 Earlier this year, Moses Sumney dropped græ, the follow-up to his critically acclaimed debut, Aromanticism. Sumney, maybe as a method for increasing his Spotify streams or maybe just as an eclectic touch, decided to release his sprawling new double album in two parts. He’s not the only one; artists as disparate as Hayley Williams and Denzel Curry have also recently attempted similar album rollouts. With streaming representing an entirely new form of consuming music, it seems only a matter of time before the way it’s distributed changes too.

Maybe Dan Drohan knows that. Hailing from Rochester, New York, Drohan has had plenty of success as a session drummer and producer, working alongside the likes of Maggie Rogers, Nick Hakim and Olden Yolk. With his newest release, You’re A Crusher / drocan!, Drohan is hoping to spin that success into some music released under his own name. The new record is a double album, with drocan! being released back in May, a month ahead of You’re A Crusher.

Unlike græ, the songs on Drohan’s album come from two distinctly different periods. The tracks on You’re A Crusher had been around for a couple years, recorded as demos with Drohan’s band élan. From there he would spend his time split between manipulating the recordings, touring and raising his young son. drocan! on the other hand, was recorded in less than a month with multi-instrumentalist Mike Cantor, a musician who Drohan met by chance, DJing at his sister-in-law’s wedding.

The two sides are fragmented, in a way that might warrant the dual releases, but surprisingly it’s the off the cuff drocan! that is the real star here. Whereas the songs on You’re A Crusher dominate the listener with bombastic drums and dense production, side two allows for a more melodic and sweeter approach, showcasing more substantial vocals from Drohan and a jazzier, care-free song cycle.

Drohan’s drumming on side one is its greatest strength. It is eclectic and propulsive, and on “Leave It Loading” and “Pretty Sure EARTH” the rhythm section is crucial towards the compositions. When the production feels too glitchy or visceral, the drums first keep the songs grounded, providing a familiar anchor before adding to the onslaught of experimentation. These tracks sound like they’re pulled from his studies at the Berklee College of Music in Massachusetts. In fact that’s how a lot of this record sounds, like the musings of a pissed off drummer, albeit an educated one.

However, that charm isn’t spread throughout the rest of side one. The problem with You’re A Crusher is that, despite its long gestation; too many ideas are left unexplored or uninhibited. “Pictured” and “Stretchy Bear DUTY FREE” are both short snippets that from a glance don’t seem more than just slight transitions, but in the context of some of the weaker tracks; their gurgling bleeps and bloops bring out the worst in the other songs, instead of highlighting them.

Comparatively, the tracks on drocan!, despite their brisk recording sessions, actually seem more fleshed out. “Tokyo” presents a surprising Far East influence that avoids feeling kitschy or exploitative and instead balances out some synth noodling and ethereal vocals. Drohan’s drumming also takes a jazzy turn on “KENO”, where that short snippet of music highlights the best of the musician’s skills and helps segue into the denser “Passwords”. Thematically that track is similar to “Tokyo” in its inspirations but fixates more on cascading synths and polyrhythmic drumming, something Drohan seems more than comfortable with. Whether it’s Cantor’s presence on side two or just a burst of creativity that Drohan had back in January, drocan! proves the more substantial of these two sets. Maybe that’s why it was released first.

Given it’s his first proper release under his own name, Dan Drohan demonstrates more than just his studio expertise. Whether he be producing an album or beginning a stint as a touring drummer, not only does he now have a singular business card he can refer his colleagues to, but a record that’s representative of himself as a musician, not just the people he works with. If there is one undeniably compelling aspect of You’re A Crusher / drocan! it’s not its trendy dual release, or its disparate vibes but its homespun charm. This record feels unique, and for better or worse it could only have been created by Dan Drohan.