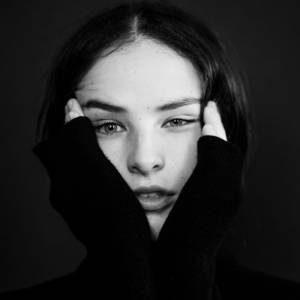 Brooklyn-based artist Ela Minus has often referred to her music as “bright music for dark times”. These “dark times” are ever-present for the current circumstances across the world, where much of the music being released can be considered quite bleak and despondent. But Minus’ debut album acts of rebellion undeniably produces an elevated sense of upbeat curiosity.

Having worked extensively as a “synthesizer assembler”, Ela Minus has a vast breadth of knowledge associated with these electronic devices; which is why the album has been solely created using synthesizers she has designed and built herself. Recorded at her home studio, Minus’ appreciation for a variety of diverse genres allows her to put a unique spin on the exhausted electronic genre to create 10 distinct pathways on acts of rebellion. 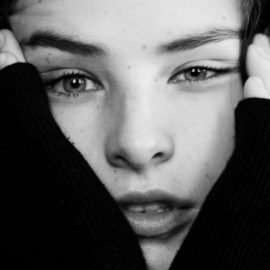 Ela Minus talks collaboration and bilingualism

“N19 5NF” disenchants as an introduction to the album, predominately due to the lack of vocals, something that electronic music desperately requires to be able to connect with the average listener. This is furthered through the limited instrumentation, which expresses a sensation and timbre typically associated with the conclusion of a piece. “N19 5NF” is the UK postcode for The Whittington Hospital, which is how this opener redeems itself – the gradual construction of higher pitched synthesizer sounds by way of Soundtoys Crystallizer plugin conveys the sense of unfamiliarity and sparseness commonly associated with hospitals.

“they told us it was hard, but they were wrong” provides the listener with a clearer sense of direction than the opener, as we have the inclusion of Minus’ vocals throughout, allowing the audience to find an avenue to relate to her. The lyrical content of this piece aligns with the songwriter’s mantra of “bright music for dark times”; she uplifts the listener with lyrics such as, “you see how easy it should be,” and “everyone told us it was hard but they were wrong”. A considerably deeper electronic sentiment emanates in “el cielo no es de nadie” – it almost feels like a dance piece. The keyboard sound heard at points throughout the song juxtaposed with distinct synthesizers is quite reminiscent of German group Kraftwerk, a band Minus has often declared as one of her biggest influences. These Kraftwerk-esque sounds drive the substantial electronic focus of this track even further.

As the name suggests, “megapunk” expresses an angst-ridden sentiment; dealing with lyrical motifs that ring true to current world events such as in the opening line, “We can’t find a reason to stay quiet.” With a brooding backbeat and heavily-compressed synth lines, this song develops copious amounts of power and a great degree of energy, allowing Minus to further this punk sentimentality.

Similarly to the piece that brought us into the acts of rebellion world, “pocket piano” dissatisfies as a midway point. The track does not waiver from where it originates, which causes it to feel somewhat out of place. However, the next piece “dominique” brings the album back on track. Once again, she is able to display her unique ability to shed a different light on a heavily homogenised genre. This is completed through the composition of eccentric layered synth lines. One of those layers is a sound that mimics a steel drum, which furthers this element of curiosity and individuality brought forward in acts of rebellion.

Next up is “let them have the internet”, which is another instrumental track – the strongest one on the album. It lacks the plethora of layers we have become used to on the first half of acts of rebellion, but it does so to its benefit, as the absence of detailed instrumentation communicates a somewhat cinematic quality in the piece. It functions effectively as an extended introduction to the next track, “tony”. This song was recorded entirely in the Spanish language, which displays Minus’ capacity to give her distinctive sparkle to the electronic genre. Once again, the unfamiliar sounds and textures produced by the synthesizers on this track is quite evocative of Kraftwerk, which gives the track its own inimitable flare.

“do whatever you want, all the time” is yet another lyric-free track, but is unlike those which came before it in the track listing. It is a seamless piece, one that could be considered ideal for relaxation, and further demonstrating Minus’ mantra. The minimalistic synthesizers meld to generate their own domain, which truly allows it stand out from the other pieces on the album.

acts of rebellion comes to a close with the aptly titled “close”, featuring upcoming artist Helado Negro. His vocals almost act as an antidote to that of Minus’, which allows them to contrast one another beautifully. It notably carries a greater degree of energy than the previous nine pieces, predominately due to the increased presence of vocals, and heavily layered drum beat. It is a satisfying ending to the inventive album that is acts of rebellion.