Obscure Melbourne native Gregor Kompar (Gregor) brings his debut album Silver Drop to our ears, after a run of interesting collections and compilations. Blending pop melodies with a humorous and raw delivery, Gregor creates slightly warped landscapes and beautiful sing-along moments. On Silver Drop, more conventional, guitar-based tracks are contrasted with retro synth movements, and this overall balance of styles, genres and tones is great and commendable. While many of Kompar’s past projects have been of full length, Silver Drop is reportedly the first album from the adventurous entity that is Gregor. 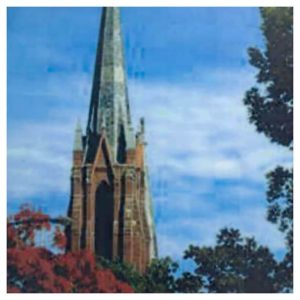 “This Heat” drops us into the 10 track album, with a reverb-heavy snare opening in a droopy and booming beat. The poppy track with reggae leanings immediately showcases the striking vocal qualities of Kompar, whose sometimes gloomy voice lies atop chirpy, chorus-heavy guitars. Some lead guitar lines in the style of Mac DeMarco underpin this ‘summer bop’ of a song, while Kompar vividly explains the effects of “this heat”. The warbled synth tones used are very hip, very vintage, and quintessentially of the Victorian alt scene. The overall instrumentation and grooves of the album are, thankfully, not all displayed in this opening cut. Across the remaining tracks, Kompar finds time to explore the genres of trance, psychedelic and indie – showing versatility and ambition. The relentless synth-bass of the following track “Fishing Net” feels alike to grooves from John Maus’ Addendum (2018). The off-kilter chorus, slapback delay and Kompar’s almost spoken delivery also contribute to this, but the cut itself is solid. Heavy use of synthesized pads add to its vintage and spacey appeal, a definite thread Kompar appears keen to explore.

“I Look Devastated” incorporates funkier rhythms and almost Vulfpeck-esque basslines in a bid to liven up the track listing. A more vocal synth tone cuts over some bubbly chords, adding to a nice pop vibe for the song. The honest and tongue-in-cheek vocal delivery is unrepentant here, as his cleaner vocals are simple and humble. As basic as they may be, on lines such as “What can I say, I like you”, the innocence of the delivery is adorable and satisfying. There are some more humorous lines as well, such as “Get up to pee, but you never come back”. Lyrical moments such as these show sincerity and add character to the performance. A short solo-ish section progressively layers synthesizers, but doesn’t drag on for too long.

Up next, the 8:39 minute cut “Revise Me” is initially relaxing yet cheerful, with some serene slide guitar and lovely progressions providing the foundation for such characteristics. The cut includes plenty of pad/synth backing with some additional synth solo lines, which brighten up the mood further. Halfway through, Kompar expands the palate of the song by exploring a darker and more moody section featuring organ chirps, acoustic guitars and various solo parts – all of which make the lengthy track worthwhile and interesting. Relaxing and simple vocals tie the track together in a way many artists may not have been able to, but Kompar’s intimate and spontaneous delivery and tone manages this.

The title track “Silver Drop” is somewhat lacking compared to other songs, rehashing 80s synth tones and using a more dance-oriented bassline. The lyrics and themes are somewhat ironic, allowing the humour to blossom, yet the track still comes off as repetitive. “Wish You Saw” is a quick dive into a clean, acoustic soundscape. Being the shortest song of the ten, its impact is somewhat lessened, but some cosy harmonies differentiate the track from others and add to its enjoyment. The daring 6/4 bass groove of “I’ll Prove It To You” melds with droning synth tones, in an almost hypnotising manner. Although the track doesn’t necessarily shift to, or introduce new sections and rhythms, Kompar’s falsetto vocals and the infectious and progressive bass riff carry it to being one of the more memorable moments on the record.

On “Something Irrelevant”, Kompar takes the detuned, lo-fi staples of wow and flutter, and reflects on the physical reminders of lovers and relationships. “I force them to be relevant,” he croons, referring to letterboxes and other ‘irrelevant’ items as being tied to previous, or current partnerships. As with “I’ll Prove It To You”, the song doesn’t necessarily shift around much, but this song has a more dense instrumentation, ensuring the cut doesn’t become weary.

The final track “Bugs” is possibly more emotional, and less comedic, than cuts previous to it. A spare percussion section creates an almost grand atmosphere, over which Kompar’s vocals are on the edge of cracking. Swirling and tidal synth chords, as well as a huge electric bass, support his musings on life. From observations of his heart being made of bamboo instead of plastic, to questions such as “Is it possible to miss someone when they’re lying next to you?”, Kompar covers much lyrical and tonal ground on this closing track. A distant piano adds ambience and melody, the echoes of which help sustain the track in its final minutes. Overall, the track is mournful, entrancing and gives off an ultimate sensation of personal conflict and confusion – intentional or not.

Overall, while the eclectic style of Gregor can hinder the enjoyment of some tracks, the album is definitely interesting and has its moments. Standout cuts “This Heat” and “I’ll Prove It To You” define a great groove and structure, while other cuts fall into a more repetitive and slower standard. Whether you’re a fan of ambient works, bright guitar work, or 80s classics, Silver Drop is bound to have tracks you’ll enjoy.