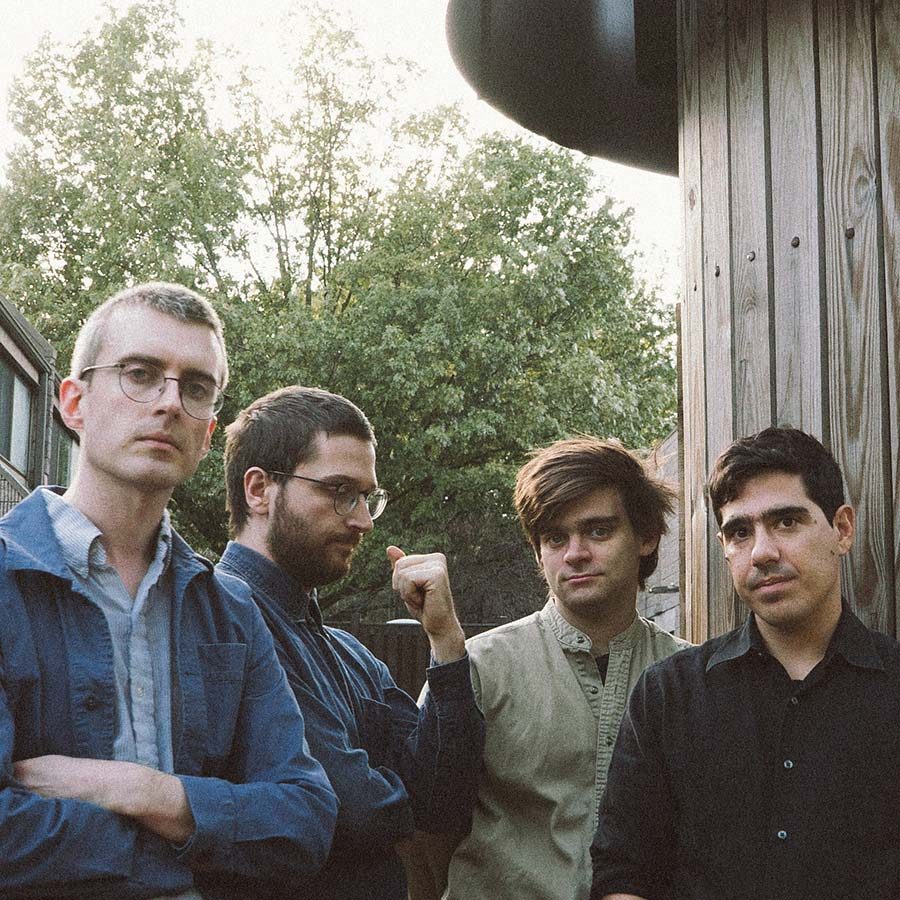 If you aren’t familiar with Baltimore’s Horse Lords, up until this point they have been positioning themselves as just one of many instrumental projects (if not a promising one) that pulls its motivation from the experimental and noise rock pioneers that came before them. Whether it be Terry Riley, La Monte Young or noted inspiration Glenn Branca, they have helped to carry the torch of those eclectic musicians who in the past were relegated to the shadows of the music press but nowadays can be respected outside of their outsider traditions. Branca himself often advocated for those talented artists who were either too weird or too unsuccessful to get anywhere, acknowledging that it would be the following generations that would discover and champion their music.

Horse Lords define that sense of artistic curiosity, slowly fine tuning their sound over time while simultaneously attempting to push off in different directions. While on 2012’s self-titled debut and 2014’s Hidden Cities, their music fixated on being raw and energised, quickly finding an individual sound, they rarely managed to expand their jams into fully formed songs. However, by 2016’s Interventions they had developed their sound significantly, and although still sporadic, they were able to contribute a real lasting impression outside of any of their compatriots.

Andrew Bernstein, Max Eibacher, Owen Gardner and Sam Haberman are the musicians that make up Horse Lords and together, in addition to their studio work, they have been steadily releasing mixtapes for the last eight years. While their albums have generally been polished and slightly more digestible, they used their mixtapes to record side-long combinations of spoken word and the kind of experimentation that tends to prove an outlier, even in regards to their own discography. On their most recent release, 2017’s Mixtape IV, Horse Lords turned towards sprightly and infectious experimentation that made for their most enthralling release up until this point.

With that bar being set, The Common Task had a lot to live up to. Thankfully it is definitively their best album so far, clear and concise and sprawling in equal measure, with five disparate songs that seem to borrow and turn away from each other at every turn. Lead off track “Fanfare for Effective Freedom” pulls from the same West African tool box the Swedish band Goat pulled from on their phenomenal debut World Music (2012). That melding of Afrobeat and the avante garde falls decidedly towards the latter when in Horse Lords’ hands – still maintaining its interest and propulsion over the course of seven minutes.

“Against Gravity” comes in after that, demonstrating a propulsive sputtering of saxophone and guitar that gradually builds and descends before reaching the point of exasperation. From there the band slowly morphs their leads into an almost danceable groove that carries through towards “The Radiant City”. At only three minutes long, and dominated by bagpipes, that track helps break up the album and make for a great counterweight to the most upfront and straightforward groove that follows. “People’s Park” is comparatively shorter than the other tracks; a guitar-led heavily percussive jam that gives listeners some short term satisfaction before going all in on their ambitions.

The second side of the record is dominated by one 18 minute piece. By this point the manic and disorienting Horse Lords are gone and instead we are left with the beguiling prettiness of their space. With room to move around and enough time on their hands, the band putters around their ambiance before the drums and guitar slowly reveal a distinctive groove. As choral harmonies grow and the pace becomes more frenzied, “Integral Accident” builds all the way up until it has nothing else to do but unravel. That is one thing that this band seems to have mastered, knowing when to keep giving it their all, and knowing when to take it away.

The Common Task feels like a breath of fresh air for Horse Lords, avoiding the murky and showy performances of their youth in favour of a disorienting but extremely focused head trip. Building off the strength of their last few releases, their newest album presents another leap forward for a band whose uncompromising ethos is keeping them on track. Vibrant and filled with enough conceptual ingenuity to reward multiple listens, Horse Lords’ fourth album is both full of mystique and their most approachable release to date. It marks another great contribution to their sizeable oeuvre but more importantly it adds gravitas and meaning to everything that came before it.