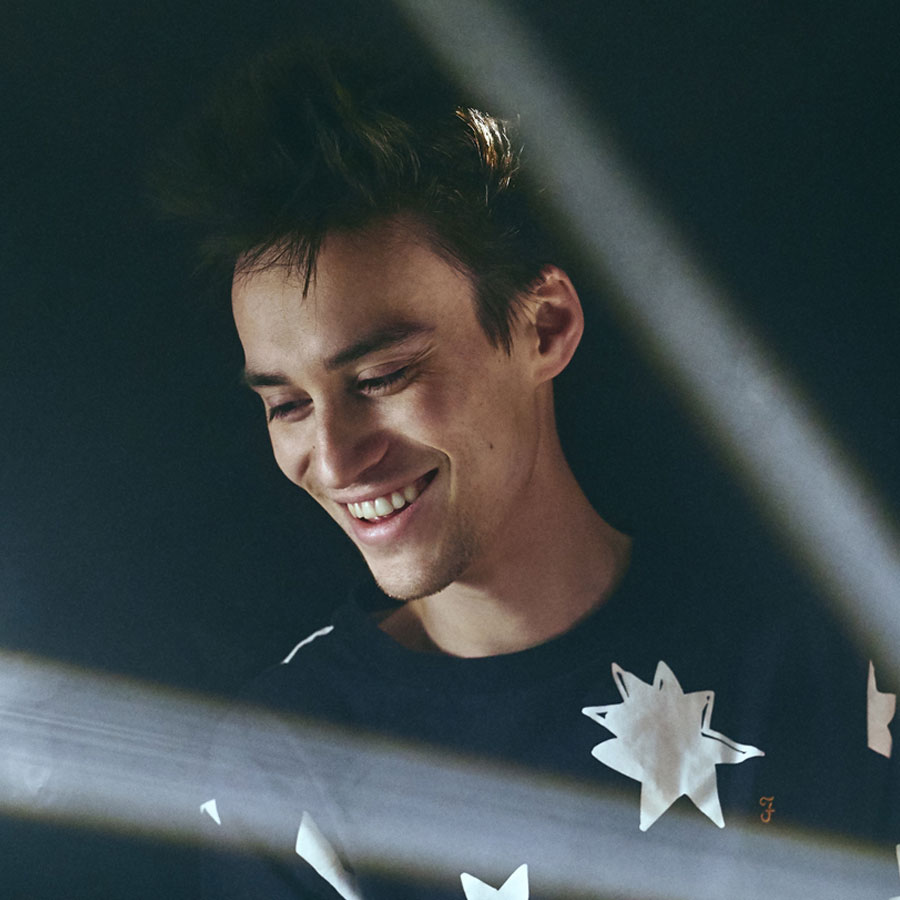 “CLARITY” heralds the arrival of part three of the ambitious Djesse “quadruple album” series from four-time Grammy Award-winning composer, arranger, producer and multi-instrumentalist Jacob Collier. Booming and gliding like THX’s Deep Note, the sub-minute, glitch-heavy instrumental track acts as Djesse Vol. 3’s overture, referencing past works whilst offering glimpses of what’s to come – such as the intro of “Sleeping On My Dreams” and the chromatic voice leading of “Time Alone With You”. And with similar intended effect to that of the iconic cinematic title card, for a musician of Collier’s renowned stature, the audience is most certainly listening. 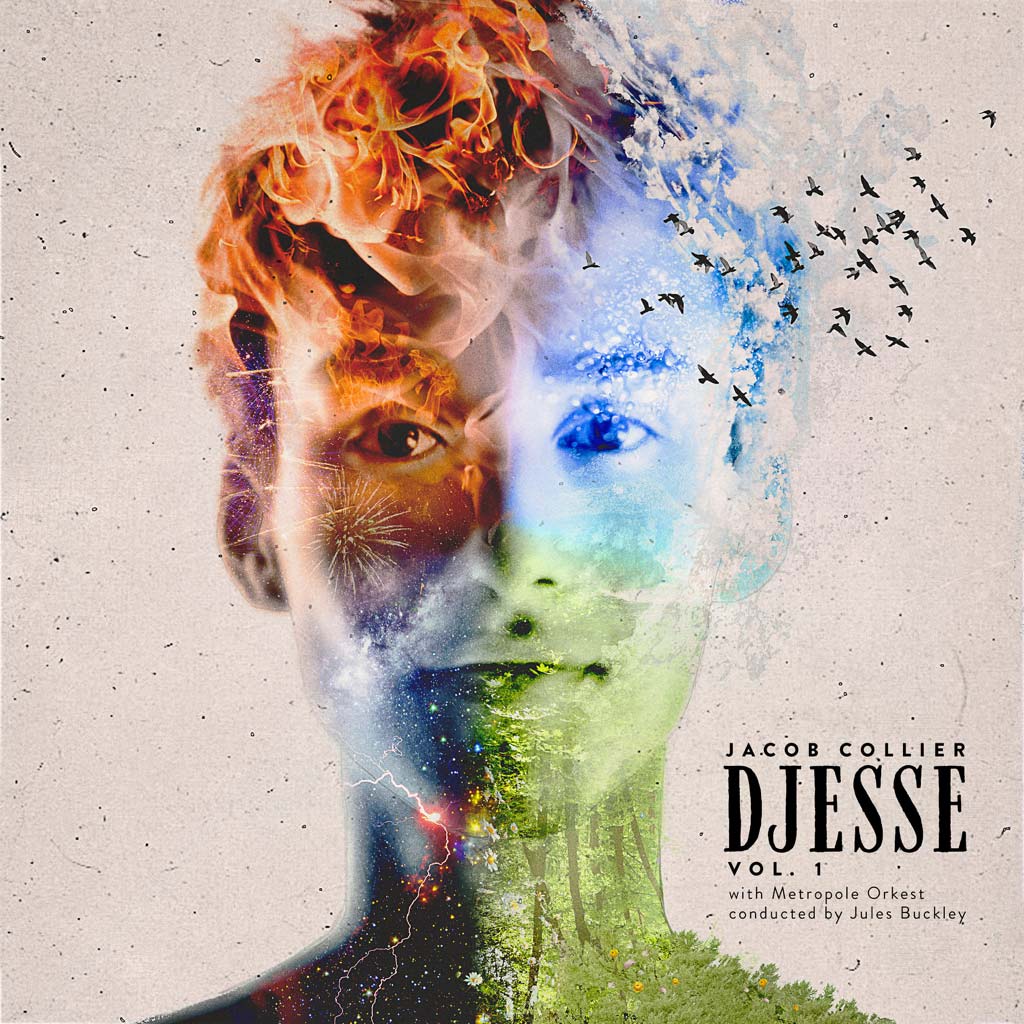 Each volume of Djesse has explored a different set of intentions, moods and confines. Vol. 1 was broad and expansive, prominently featuring Jules Buckley and the Metropole Orkest. Conversely, Vol. 2 turned inward, exploring a smaller acoustic space and elements of folk and world music. For many Collier fans, Vol. 3 has long held promise as the most scintillating volume on offer – an exploration of a “strange digital electronic world,” spanning elements of hip hop, groove, dance and soul. He’s delivered on his mission statement, albeit with a very pop-centric, front-loaded record whose shining moments have already been revealed through the release of singles. Fans of Collier’s masterful jazz-funk and RnB chops who were satisfied with singles such as “Time Alone With You” and “In My Bones” could understandably feel a bit disappointed with the rest of the album come release day.

Quincy Jones once told a young Collier that “jazz is the classical music of pop”. The emergence of the quote would seem to reinforce his assumed career trajectory in the world of jazz. But four years ago, at just 21 years of age, Collier offered more than a few subtle hints at what was to come – “For me, jazz is an understanding of music, rather than an end in itself… I’d like to make an album of collaborations, where people will throw me in at the deep end… I want to make more beats.” Djesse Vol. 3 is therefore a premeditated excursion for the British composer. Despite singing Bach chorales on a daily basis in quarantine with his single mother and two sisters, he’s just as likely to draw influence from artists who appear in his most listened list on Spotify – which as of May included the likes of Skrillex, Talking Heads, Doudou N’Diaye Rose, Blake Mills and Bahamas.

“Count The People” dives head-first into the world of dance pop on this track featuring solid vocal contributions from Jessie Reyez and T-Pain. Detuned orchestral samples from “Overture” on Djesse Vol. 1 are spliced throughout. The most eyebrow-raising moment comes at the 27-second mark when, over a heavy synth bass line, Collier launches into a frenetic rap – recorded with the aid of Logic’s Varispeed tool. It’s the first obvious misstep of an album plagued with his newfound Varispeed obsession. It could have worked really well in this instance, had he actually had something meaningful to say in his spoken word contribution. Dubstep elements dominate the bridge. It’s Collier as we’ve never heard him before.

Up next comes “In My Bones” with a guest vocal appearance from New Zealand singer Kimbra (of “Somebody That I Used To Know” fame). Collier leans heavily into an ’80s Prince-inspired funk replete with Michael Jackson vocal stylings and glass breaking effects in the chorus. It’s easily a standout track and arguably one of his most compelling compositional efforts to date, with only really the soloed Varispeed vocal effect around the 1:10 mark diminishing an otherwise exhilarating listening experience. An unannounced guest performance from famed bass guitarist MonoNeon completely steals the show.

“Time Alone With You” is a catchy single featuring Daniel Caesar, utilising a D’Angelo-style groove thanks to sparse drums and a bass performance which mindfully sits behind the beat. There’s some great compositional elements contained within the track and it works well for the most part. But the overuse of the chipmunk vocal effect via Varispeed, by a singer who has a vocal range of more than two octaves, is truly baffling.

“All I Need” calls to mind The Doobie Brothers’ “What A Fool Believes” (1978) with its main keyboard refrain. It should be noted that this song contains 646 tracks in its Logic production session – more than any previous Collier track to date (although it should be noted that “With The Love In My Heart” from Djesse Vol. 1 contained a combined 720 tracks across multiple Logic session files). For some perspective on the complexity of the task undertaken here, The Beatles’ masterpiece Sgt. Pepper’s Lonely Hearts Club Band (1967) was recorded using four-track tape machines.

In his Logic session breakdown for “All I Need”, Collier reveals that many of the instrument tracks have been individually and painstakingly sculpted with a low-frequency oscillation (LFO) tool, as opposed to the standard approach utilising sidechain compression. Among other pearls of production wisdom gleaned, Collier reveals that the last chorus goes up half a semitone, from E-flat to E-flat-half-sharp to create a euphoric effect. “Microtonal modulations make me happy, and they make you happy too, even if you don’t realise it,” he proclaims. He’s also quick to admit that the line “there must be something I can say to make you stay baby” bears similarity to a line in Heatwave’s “Central Heating” (1978).

A palette cleanser of sorts comes next in the way of the sparse arrangement and trap production of “In Too Deep”, featuring a stunning vocal performance from Kiana Ledé. It’s far from a memorable cut, but it’s elegantly constructed and will likely grow on fans upon repeated listens. “Counting sheep, I’m in too deep, you’re mine to keep, you’re fast asleep,” Collier repeats in a mantric manner throughout the extended outro.

“Butterflies” is a short experimental electronic jaunt to nowhere in particular. “So take me to your open skies, I just want to feel alive, I want to feel your butterflies”. There’s no apparent point to this track, but in the words of the man himself, “there is no reason for you to be alive… so don’t take things so seriously.”

“Sleeping On My Dreams” opens with punchy staccato notes. The opening verse lends credence to the theory that this album documents the rise and fall of a romantic relationship – “now the time has come for me to admit, I don’t think I can be your line of best fit (oh well)”. The chorus follows a very similar template to that of “All I Need” – perhaps intentionally drawing attention to the contrasting sentiment of subject matter.

“Running Out Of Love” is the most recent single release, featuring Tori Kelly in an exceptionally commanding vocal performance. The track returns to a similar style established in “Time Alone With You”, with bass lagging behind the beat. Lines such as “now I guess I need you more than air” run seemingly contrary to the sentiment contained within the previous track, but perhaps it’s a reckoning of sorts for the protagonist.

“Light It Up On Me” comes in like The Beatles’ avant-garde sound collage “Revolution 9” (1968). The track features a disorienting arrangement of effected instrumental samples, with limited vocal lines seemingly taking cues from the recent output of Dirty Projectors. A chorale break with the sound of water drops paves the way for “He Won’t Hold You”, another single. Wistful piano noodling sweeps across the sparse and nostalgic arrangement.

“To Sleep” opens in the same key as where the previous track left off, with brief fingerpicked guitar work reminiscent again of Dirty Projectors and subject matter reminiscent of The Beatles’ “Good Night” (1968). The track pitch shifts downwards as the album drifts off into a deep slumber.

Collier has worked hard to include a recurring motif within almost every track across the Djesse series. The first taste of this five-note motif on Vol. 3 comes at the six second mark of the opening track, and perhaps the most noticeable instance of it comes towards the end of “All I Need”. The revelation affords hardcore fans and eagle-eyed listeners the opportunity to sift through the album’s contents across multiple repeat listens, forever being rewarded with previously undiscovered Easter eggs.

Whilst the idea of a Skrillex-influenced Jacob Collier will be grating to some, he’s following in the footsteps of his friend and mentor Herbie Hancock, who has famously traversed countless genres throughout his career, much to the chagrin of jazz critics and fans alike. In the minds of musical masterminds such as Hancock and Collier, rules and expectations are meant to be broken. Indeed, as Collier himself poetically put it in a 2015 Berklee College of Music masterclass, “fuck the rules.”