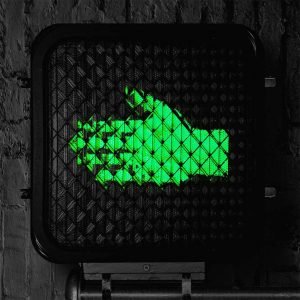 Review: The Raconteurs – Help Us Stranger

Little Slugger are a two-piece from Brooklyn via Vermont who are not afraid to put their eggs in multiple baskets. Filing themselves into a variety of genres including power pop, indie rock, indie pop, garage pop, pop rock and grunge to name just a few. Apart from giving record store management headaches, they are also somewhat misrepresenting themselves on their newest record. Their latest offering; I Want To Live Here Forever is an eclectic mixture of acoustic pop, indie folk with hints of country throughout. Treading territory closer to Bright Eyes and Beirut than The Raconteurs and Vampire Weekend, which they claim to have taken inspiration from, Little Slugger have created an album that has flashes of both impressive and uncomfortable songwriting.

I Want To Live Here Forever is a homage to the break-ups and moves to the big city that childhood friends Sam Bevet and Ben Chugg experienced prior to the formation of the record. Recorded originally in a studio in Brooklyn rented by Chugg’s brother, the album quickly became a passion project for the pair between part-time jobs and graduate school. Bevet and Chugg claim that it is neither a happy or sad break-up album, but rather everywhere in between. This sentiment rings true as the eleven tracks are a steady blend of bright and melancholy guitar-pop.

Prior to the release on July 19th, three singles, “Impossible”, “You’re on Your Own” and “The Morning” were the first listen fans got of the new record. “Impossible”, also the opening track on the album, is based on the post-break-up period and the longing for stability and reconciliation. From the formulaic chord progression to the cliché theme, there isn’t much that stands out in this single. The same can be said for second single “You’re on Your Own”. Both songs would fit more into the country-rock genre than the indie pop/grunge visage they are trying to present. The last single “The Morning” fits more into this style, with husky vocals, dirtier bass and one of the few guitar solos that feature on the record. Centred around the distraction of technology and its negative impact on relationships, it aptly discusses an alarming and growing trend amongst young people.

Track three “Spinning” is a marked improvement from the first two songs. Stronger melodies and more intricate guitar work sets this song apart from the previous country influenced numbers. There is a definitive Noah And The Whale inspiration weaved into this number which filters into the next song as well. “Baltimore” sounds like Bevet and Chugg have tried their best to write a theme song for a 90s New York sitcom. The chorus is warm and full of elaborate harmonies and echoes before the brass fanfare confirms the Beirut-style songwriting previously mentioned. This is a clear standout on the record and leads to the better half of the LP.

Not wanting to become too predictable, Little Slugger makes a sharp left turn with “I Am Aware”, a ghostly ambient interlude of reverb heavy guitars, inconsequential vocals, distant brass and snare rolls that can only be described as horrendous and superfluous. The snare is filtered to a point where it sounds like it is underwater, it is muddy and takes away from the sensitivity of the rest of the arrangement. It then just ends without making too much of an impact.

“Storm” sounds like a Boy & Bear song, complete with eerie harmonies and indie-folk mystery. Demonstrating the darker side of Little Slugger, this song uses the metaphor of a storm to explore the self-destructive turbulence of toxic relationships. “We were feeling a little too warm so we summoned up a storm.” The band seems to come into their own when they embrace the gloomier side of their songwriting, filling the void with searing guitar solos and foreboding intensity. 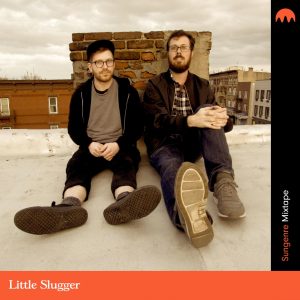 Converse to the shady and mysterious “Storm” is the bouncy pop of track eight “Annabelle”. Incorporating musical ideas similar to earlier tracks on the record, “Annabelle” romps along for an extensive six minutes in an indie surfer-rock style, showcasing Little Slugger’s versatile songwriting. “Never Let You Go” and “Please Come Back” continue the nostalgic happy feelings with further bright guitar pop-rock before slowing the tempo down for the final emotional and stripped back “Circling The Foam”. The back half of this record is where Little Slugger have hidden their best songs, with songwriting that is more consistent with their garage pop description.

I Want To Live Here Forever is an insightful testament to some very common and universal experiences – that of heartache, loss and rebuilding. Upon first listen, this album fails to impress with its relatively cliché sound and somewhat flat mix, however, after multiple plays, complexities begin to come to the forefront. This is especially evident in the second half when the band delves into the melancholic. This is reflected through more carefully constructed songwriting. Ultimately, this album has potential, but it takes time to absorb, which may be off-putting for some listeners.