2009 saw the release of some of the most influential indie albums of the decade; Animal Collective’s eccentric masterpiece Merriweather Post Pavilion, Grizzly Bear’s overtly expressive Veckatimest, Phoenix’s pop-driven Wolfgang Amadeus Phoenix and the unassuming yet excellent songwriting debut of Local Natives, Gorilla Manor. Gorilla Manor propelled the Los Angeles five-piece indie rockers onto the world stage with their refined mix of jangly-indie pop and broad and lush ambience. Sometimes replicating the heights of a debut record can be a daunting task for any artist, just look at Guns N’ Roses Chinese Democracy (2008) for instance. However, fast forward ten years to 2019 and the Californian outfit have gone back to the basics for their fourth studio album, Violet Street.

Violet Street sees Local Natives take a step back from the pop-infused style of Sunlit Youth (2016) and settle somewhere between their debut and Hummingbird (2013). This record combines the African-influenced beats of Gorilla Manor with the ambient and spacious soundscapes of Hummingbird. Whereas Sunlit Youth felt forced, almost as if the band overcorrected and were actively trying to write songs they thought the audience wanted, Violet Street feels effortless and natural. The songwriting is clear and honest, the production, thanks to producer Shawn Everett (Alabama Shakes, The War On Drugs) is slick, using hand-spliced loops of tape to create luscious sounding harmonies, a similar technique used on their debut album.

Opening track “Vogue” feels more like an introduction to the rest of the record rather than a song on its own with its free-time metre and spacious sound. With delicate ambient guitar work and a liberal use of reverb, this piece is driven by the vocal melody as there isn’t too much else going on with regards to rhythm. The only downside to its positioning at the start of the album is that patience is likely to wane if the listener isn’t won over from the very get-go.

The first single off the album “When Am I Gonna Lose You” harks back to their debut record with driving indie-funk drum and bass, a wide vocal range on display and melody lines that will hook pop fans in. Partner all this with characteristic Local Natives layering, dropping parts out of the pre-chorus before ramping up to big catchy choruses, and it is easy to understand why this was chosen as a single along with track three, “Cafe Amarillo”. With far greater depth and arguably a more compelling listen, the second single has a sleazy atmosphere to it. Deconstructed drum beats, strings and a heavy bottom-end allow the vocal melody to shine through and push the piece forward.

The record successfully captures the band’s innate ability to create lush soundscapes with their signature three-part vocal harmonies, which are further enhanced by reverb and tape delay. This is evident on the 48 second interlude “Munich II” which utilises these effects to build a wall of ambient sound. It’s a simplistic idea that has been filled with layers and acts as a subtle pause before transitioning into the funky “Megaton Mile”. This track marks the return of scratchy-jangly guitars which are mixed with a driving funk bassline, an uncharacteristic fuzzy guitar solo and echoed vocal tracks that fill the space and throw back to Gorilla Manor, with a hint of that expansive Hummingbird sound.

A slowing down effect similar to Arcade Fire’s “Here Comes The Night Time” (2013) creates an unsettling lurch from the previous track into “Someday Now” in one of the most ambitious and captivating moments on the entire record. A classic Local Natives melody and African-inspired beat emerge soon after.

Initially, track seven “Shy” has hints of Hail to the Thief (2003)-era Radiohead with tampered drums, ghostly effects and bass-heavy arrangement, but this is quickly dispelled as it falls back into the typical Local Natives sound, following similar lines to songs like “Camera Talk” (2009) but with more apparent intent. Likewise, “Garden of Elysian” is reminiscent of their song “Cards & Quarters”, with minimalist kick and click (think Lapalux’s “Without You” (2013)) that generates a dramatic air of mystery and sits well under the moving harmonies above.

“Gulf Shores” has touches of indie-electronic dance music with sub-bass, choppy drum patterns and soaring synthesized melodies. Like much of the album, this song utilises a predictable layering technique that is synonymous with the outfit’s writing style, thinning the texture of pre-choruses before hitting expansive chorus sounds to pull and push the listener through each song. The final track and unlikely single from the record is “Tap Dancer”. Stripping back to simple piano and the distinctive three-part harmony that is smeared across the entire LP, this last piece is simple and less expansive than others, but as the concluding number, it provides a cathartic end to record.

Local Natives have created an album that will likely please longtime fans. While many of the songs cover old ground and threaten to become predictable, one of the most impressive aspects of this album is Everett’s production and the skilful use of silence. The dipping in and out of layers and sudden use of pauses produces engaging arrangements and should make for exciting live performances. 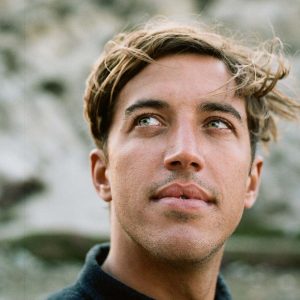 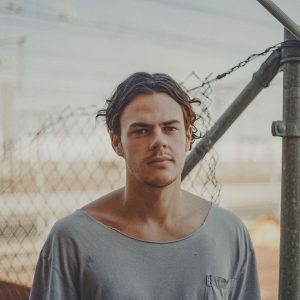 Why do we create?