Lord Huron’s Vide Noir is a folk rock journey that will leave you buzzed and itching to book a road trip through the USA. Led by vocalist Ben Schneider, the Los Angeles-based four piece crafts a beautiful soundscape of reverb-laden acoustic guitars, sweeping vocal melodies and catchy chord progressions in their third full-length LP, their first since 2015’s Strange Tails.

The opening track “Lost In Time And Space” eases you into the 12-track record with a dreamy introduction featuring a steely slide glittering over an ethereal harmony of guitars and distant, booming drums. Schneider’s pipes, oozing with Americana and old country, are immensely enjoyable throughout the album, which has an undeniable theme of dread and loss weaved throughout. “If I don’t find her I’m gonna tie that noose, I quit my job and I packed my car,” he laments in the opener. 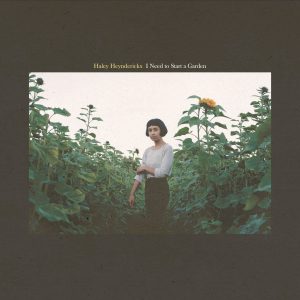 Review: Haley Heynderickx – I Need To Start A Garden

But while you’re floating through a void of Schneider’s heart-wrenching vocals twisted with layers upon layers of delay and reverb in “Lost In Time And Space”, Lord Huron has something else cooking. The second track, “Never Ever”, throws the listener a curveball with an almost punky drum line kicking into gear alongside a distorted bass riff. As contrasting as “Never Ever” feels to its soft-spoken predecessor, the sudden blast of energy works magnificently to draw you away from assumptions of Vide Noir being a downtrodden folk record. Sure, the lyrical content on this album often sounds like a remorseful young man pouring his heart out over a relationship lost, but the spritely instrumental arrangement is enough to keep you from grabbing the tissues.

The upbeat theme continues with “Ancient Names” (part I and II), a pair of radio-friendly tracks which are introduced by a somewhat psychedelic, melancholic Mellotron and which feature catchy choruses driven by punchy chord progressions. It’s at this point on the record you start to appreciate what Lord Huron are trying to achieve with Vide Noir. Stripped back, tracks like “Never Ever” and “Ancient Names” could almost be mistaken for a set of upbeat acoustic Oasis covers, but the emphasis on layering guitar tracks with a multitude of effects in post-production keep your ears firmly glued to the speakers, sometimes in awe of what the band is achieving. You’ll likely find yourself uncontrollably tapping your foot to the deliciously crafted folk-rock jams about a third of the way through the record.

The LP slides back down a rung with “Wait By the River”, a soulful ballad for a love lost. “Wait By The River” shows off Schneider’s bluesy songwriting talent with the instrumentation taking a back seat for his sorrowful vocals to cut through the mix, “If I can’t change the weather maybe I can change your mind, if we can’t be together what’s the point of life?”

The welcome shift in tempo gives the listener a brief moment to breathe before kicking back into gear with “Secret of Life”, an enjoyable blues-rock track with extensive sections between verses once again showing off the band’s exquisite use of duelling guitar melodies and love for reverberation. The intro to the next song, “Back From The Edge”, sadly relies all too heavily on a chord progression mirroring that of Sheryl Crow’s 1994 breakthrough hit, “All I Wanna Do”. It is soon interrupted and replaced by an uncredited reimagining of Link Wray’s “Rumble”.

Fortunately, “The Balancer’s Eye” is another high point for the album. Buzzy electric guitars crash into the mix just as the record’s clean folk vibe begins to become weary. Shortly after comes “When The Night Is Over”, a refreshingly stripped-back number driven by a crisp drum line before the familiar wave of guitars flood the mix in the chorus. Small shake-ups in arrangement and dynamics, such as sudden breakaway sections between booming instrumental jams and drawn-back verses, do Vide Noir a world of good in keeping the listener interested.

All in all, Vide Noir is an incredibly easy listen despite the sometimes-drab lyrical content. The over-arching folk theme, littered with memorable choruses and riffs, rarely becomes cumbersome throughout its roughly 50-minute playtime. Bands can often go overboard when trying to add depth to their tracks in post-production. However, Lord Huron’s intricate work on each and every counter-melody and riff keeps this album easy on the ear rather than being a muddy lucky dip of folk rock instruments. The band’s stellar use of melodies, displayed both by their incredible army of guitars and Ben Schneider’s infectious country chops, should be enough to keep just about any music fan – regardless of taste – tuned in for the ride.