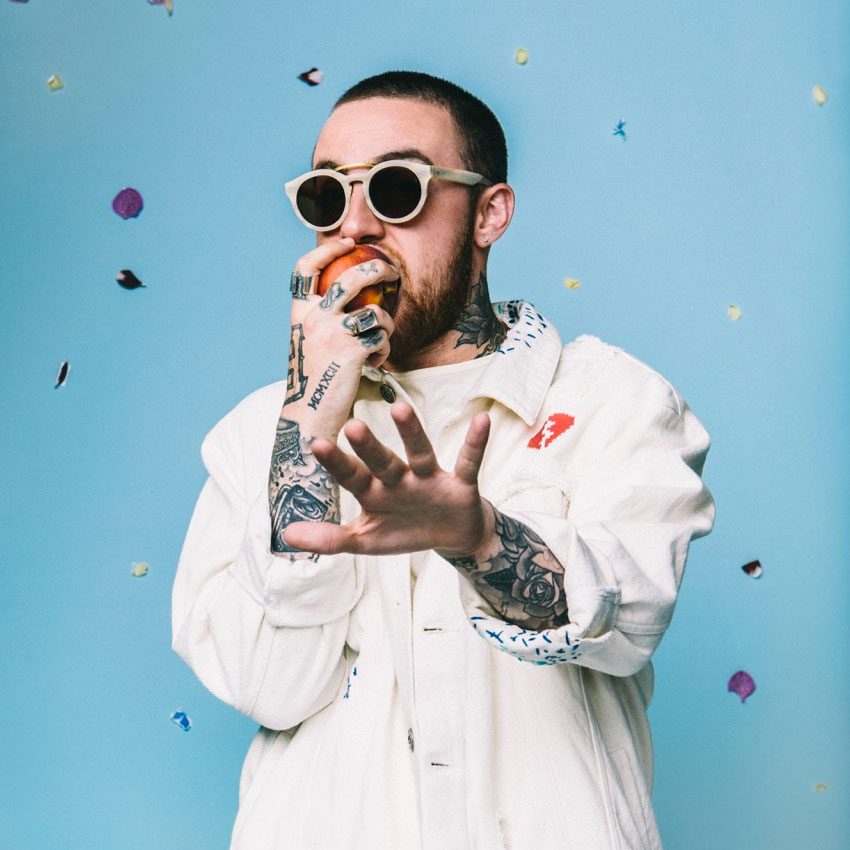 Malcolm James McCormack’s premature passing in 2018 came when he was hitting his well-earned stride. The release of his fourth LP Swimming (2018) continued an artistic evolution many never saw coming. Though his #1 US charting debut was the first indie release since 1995 to do so, critics denigrated his conformist brand of hip-hop. Even with the economic success and fanbase he gained, Mac Miller took said criticism to heart – falling into a revere of mental illness and drug abuse that made Watching Movies with the Sound Off (2013) an unexpected success. Having resolved himself into the fully formed singer-songwriter, producer and rapper he came to be, future albums became more pointed and ambitious, delving into different shades of neo-soul, electronica and pop.

His fifth and final outing is no different. Completed with the assistance of instrumentalist/producer Jon Brion, Circles is so much more than a posthumous patch-working of demo tracks pieced together as fan service. A collection of tragically tender and philosophical songs, even without the context of his passing, Miller’s best singer-songwriter effort emphasises the endless battle of introspective anxiety with a buoyant tone of stoic acceptance.

This aesthetic is palpable from the outset through the title track’s enigmatic mood surrounding Miller’s resignation to a hapless fate. Tight bass, delicate percussion and twinkling melodies offer levity where his drawl through cryptic lyricisms gives gravity; “And I don’t have a name… who am I to blame… I cannot be changed… trust me I’ve tried”. This bright composition conflicting with dark themes carries over to “Complicated”. Punchy synths offset otherwise dank grooves as Miller remonstrates with those living outside of the present, engulfed by inconsequential worries; “Some people say they want to live forever, I just want to get through the day, without any complications”.

Miller changes tack on “Blue World”. An introductory old-time barbershop vocal resolves into an infective rhythmic sample that feels refreshing and perfectly suited to Miller’s legato rap-style. With a chorus that harkens back to the vintage aesthetic of the opening progression, this danceable track is one of the more vibrant songs on the record.

“Good News” opens with some heavily-effected arpeggiations and sub bass that follow a wholesome chord progression whose final minor movements leave a sense of uncertainty. Everything feels soothing and meditative, albeit with a lingering shadow alike the grind of daily life which Miller warns about to the detriment of attaining something greater; “So tired of being so tired… there’s a whole lot more for me waiting there”.

In a callback to 2012’s experimental Macadelic, “I Can See” conjures up a synth-heavy psychedelic jam. Seamless transitions exude a sense of soaring through different scenes of Miller’s subconscious as he philosophises, “If life is but a dream then so are we”. Relative to everything preceding it, there’s a hopeful sense of abandonment that serves as a necessary reprieve. The soulful cover of Arthur Lee’s ‘Everybody’s Gotta Live’ follows up in accordance with this mood shift, imbued with enough healing properties to soundtrack a long walk home after a tough day at work. The tender piano ballad offers nothing complex in its movements across the ivories, instead allowing Miller’s vocal performance to prove his merit as a singer.

The dark, dystopian ambience of the electronic “Woods” is another strong track. Lush synths and punchy percussion underpin Miller’s movements through various melodic hooks across what is a beautifully populated arrangement that manages to feel desolate at the same time. This sense of isolation is endowed in Miller’s uncertainty; “Yeah, and you need to let me know, when you’re leaving where you go, can I come?”.

“Hand Me Downs” shows an alternative side of the coin, sounding soothing and blissful. A tribute to the rock of his relationship, it features a solid performance from Melbourne vocalist Baro Sura.

Moving further into the light is the freewheeling indie-pop composition “That’s On Me”. Arpeggiated acoustic guitar embellished with a waltzy piano feels nostalgic and folky. Whilst the phased section offers a nice surprise, it all feels a little too light this time around, leaving it disconnected from the rest of the record where darkness is used to achieve a better balance. But where this track fails, “Hands” succeeds, incorporating tense chord progressions and keys with an eerie music-box timbre to intimate unease. Strengthened with samples of a child’s calls, the well-crafted eerie aesthetic reinforces the “bad dream” Miller implores us to awaken from.

“Surf” feels like a love song of everything yet to come. Woozily languid in the best possible way, Miller’s sublime rhymes and alt-croon detail his dreams for future romance. An electric guitar solo keeps this five-minute journey compelling throughout.

Closer “Once A Day” is simply heart-wrenching. Its simple synth that accompanies Miller in near isolation creates so much space to make the ode about slowing down and appreciating the small satisfactions feel terribly intimate. Whilst the record contains countless lines that singularly amplify the tragedy of his passing, the most heartbreakingly hopeful comes here at its conclusion; “I just keep waiting for another door to open soon”.

Mac Miller’s posthumous curtain call is a captivating listen bearing the class of his recent back catalogue. Branching into a more strident singer-songwriter role, vulnerable lyrics detailing themes of existentialism and anxiety offer much to ponder as minimalist arrangements intrigue with modest backdrops. It remains a devastating listen for the fact that it will forever be Miller’s conclusive piece rather than just another climax.