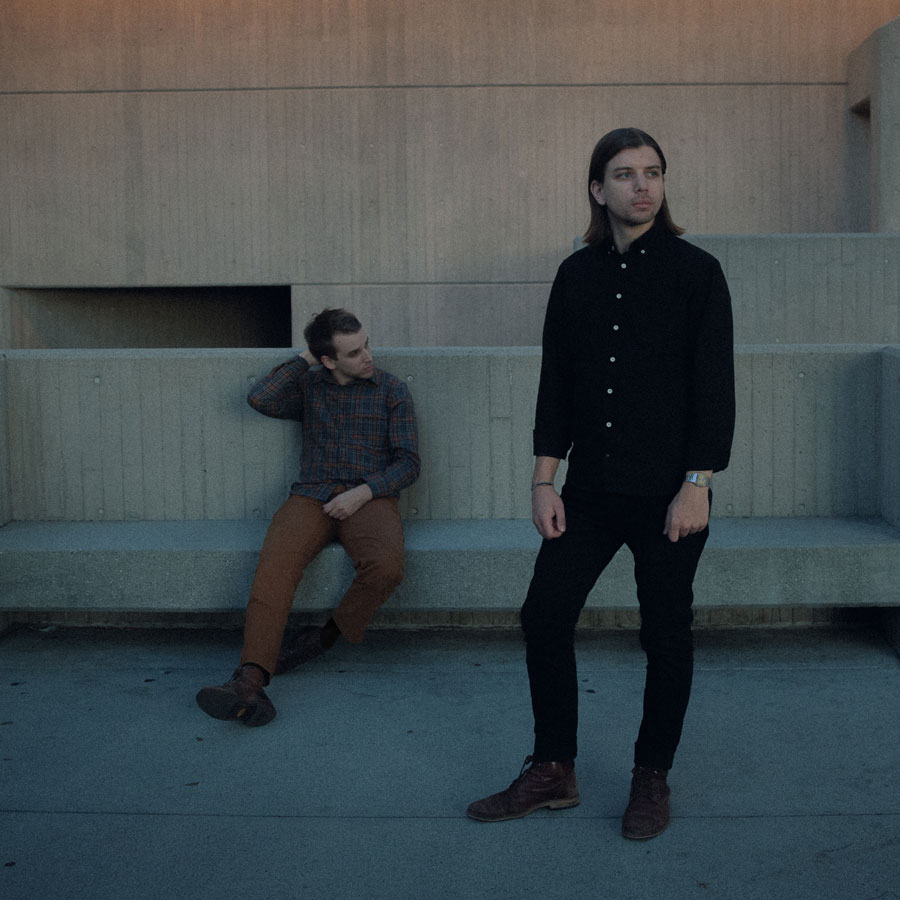 Brothers Carson and Erik Lund hail from New Hampshire, close enough to Boston where the pair first established themselves, but far from their current home base in Los Angeles. Since leaving Boston, where the band made their bones on the local indie circuit as part of the band Old Abram Brown, they have been keeping busy with a relatively new project – Mines Falls.

Mines Falls is defined by the brothers’ wandering nature, whether it’s their day jobs as filmmakers and designers or their indefinite addresses, the duo seem resolute to create music built around their lives, instead of vice versa. As one can expect, since moving to California the group’s music has taken on an expansive density, pulling each member outside of their east coast roots and even their debut.

That album was Nepenthe (2018), a scattered and promising record that leant heavily into multi-instrumentalist Erik’s soundscapes and even more into singer Carson’s moody lyricism. It was confessional and slight, pulling its greatest successes from however much you could empathise with Carson and offering little respite for casual acquaintances. Mines Falls, on the other hand is broader and less personal – even despite the name – and all the better for it. Here the singer’s songwriting has grown beyond himself, able to fill the room created by the imposing production while validating the strength of the voice he was born with.

The timbre of Carson’s vocals is really the most definitive characteristic of Mines Falls’ sound. Pulling equally from Hamilton Leithauser, Devon Welsh and Thom Yorke, Carson knows his influences well enough to embrace his strengths instead of ignoring them. On “Cowards” Carson’s vocal intonation and Erik’s scattered effects sound like they’re pulled directly from a Majical Cloudz song. That’s not really a dig at Mines Falls, even though Carson’s delivery comes nowhere near the sheer strength of Welsh’s baritone, the song finds a memorable hook that rivals the best of the Cloudz.

A bulk of those comparisons comes from the nature of the music the group makes. With a voice like Carson’s, any piano-driven, downtempo pop is going to end up compared to its influences, especially on an album as thematically consistent as Mines Falls. Whether it’s closing tracks “From Behind Glass” and “Lifeboat”, songs that can’t help feeling like a certain brand of circular Radiohead ballads; or opener “Passenger Door” where it sounds like Leithauser is pinching Carson’s nose, the singer often has trouble finding the right niche.

To be fair, all of these comparisons are circumstantial. It’s hard to appreciate the strength of this music’s character without acknowledging the world it comes out of. A world where towering figures have built entire careers around the beauty of a voice like Carson’s and where far more derivative bands like Greta Van Fleet run amok with their influences. Unlike that band, Mines Falls has established a definitive character, one drawn from influences instead of repetition and in the end; the value of these tracks speak for themselves.

However, that may be the duo’s biggest issue: holding on to the fans they have and a sound that undeniably works very well for them, while pushing themselves into exciting new territory. Take “Nightingale”, an anxious and propulsive centrepiece that along with “Hey Mother” are easily the most original songs on the album. While not perfect, these tracks hint at something more, at a type of song that is unique to Mines Falls, and shows the range that Carson and Erik are capable of.

Mines Falls is representative of the talent of two brothers, a culmination of a life on the road and the understanding that comes from leaving behind the world one once knew. It is an innumerable improvement over their debut, Nepenthe but more importantly a measure of their newfound songwriting strengths. That ambition will prove to define the duo as they develop their sound in the years to come, as long as they begin to embrace their eccentricities as well.