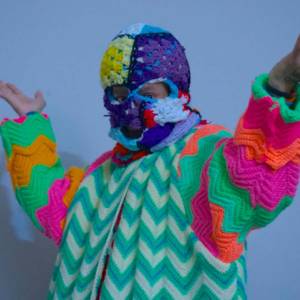 In the last month leading up to the artist’s untimely ascension, MonoNeon was jamming with the famed singer-songwriter as part of what would’ve become his holiness’ newest backing band. The two basic tracks they recorded were for a future album, with no release date set. A track from these sessions, the crunchy single “Ruff Enuff”, was released on Tidal just four days after recording. 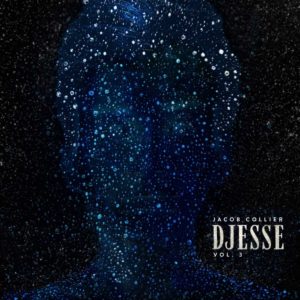 So, how does a fresh-faced 25-year-old fresh out of Berklee College end up at Paisley Park? Easy answer: he’s damn good at what he does. This sentiment was reinforced this year by two Grammy nominations for albums which he also contributed towards – Jacob Collier’s Djesse Vol. 3 (2020) and Nas’ King’s Disease (2020).

Supermane is the latest offering off the back of the artist’s now 22 record-strong discography, each one full to bursting with his signature Dadaist bass thumps. While many have been more experimental, leading to many regarding MonoNeon as a regular John Cage of the 21st century, with the artist usually clad in a bright green ski mask, this newer album sees the singer mellowing out his sound, shedding his more experimental background to give us a release more than ready for radio play.

Many of the jams sandwiched into this album would sit comfortably into any Top 40 chart today, but not necessarily registering on the same poppy, saccharine-sweet richter scale – meaning both patricians and normies alike can listen comfortably in the hopes that their peers won’t judge them.

As you can ascertain, MonoNeon is more than funky enough for anyone who may’ve spent a passing interest in Funkadelic or whatever artist has been participating in the G-funk revival. All the while, the Prince influences are in abundance, especially with the album’s infectious second track, “Invisible” which bursts with sunshine-bright licks and slaps and an outstanding instrumental bridge reminiscent of The Doobie Brothers at their peak. 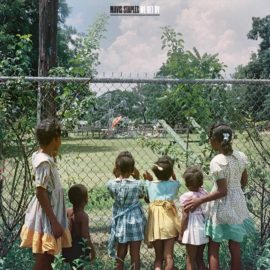 Review: Mavis Staples – We Get By

In fact, the entirety of Supermane is rife with your stereotypical Stranger-Things-flavour-text fuzz that were undoubtedly Prince’s contemporaries; “We Somebody Y’all” is as to Mavis Staples as the amusingly titled “Fartin’ All Ova the World” is to anything George Clinton. Even the hook-laden opening bop, “Just Gettin’ High, Just Gettin’ By”, while noticeably adhering to a different stylistically beat than the rest of the LP, still indulges in some echoes of schlocky synth hits like Kim Wilde and Pet Shop Boys.

Even the more down-to-earth tracks, such as the stripped-down “Done with the B-S”, or the Georgia hip hop sounding “The Crop” featuring rapper/comedian Wax and an insane bass noodle that pans from one ear to the other, don’t seem out of place next to each other. These songs don’t blend together – they vibe.

Perfectly weird, perfectly funky, perfectly inventive, and most definitely built for being played loud on a sweltering afternoon, MonoNeon shows here that, while he’s not usually bunched up with Prince’s scions such as Judith Hill or Janelle Monáe, he could be considered a contender for the throne, a true torchbearer of the Minneapolis sound.