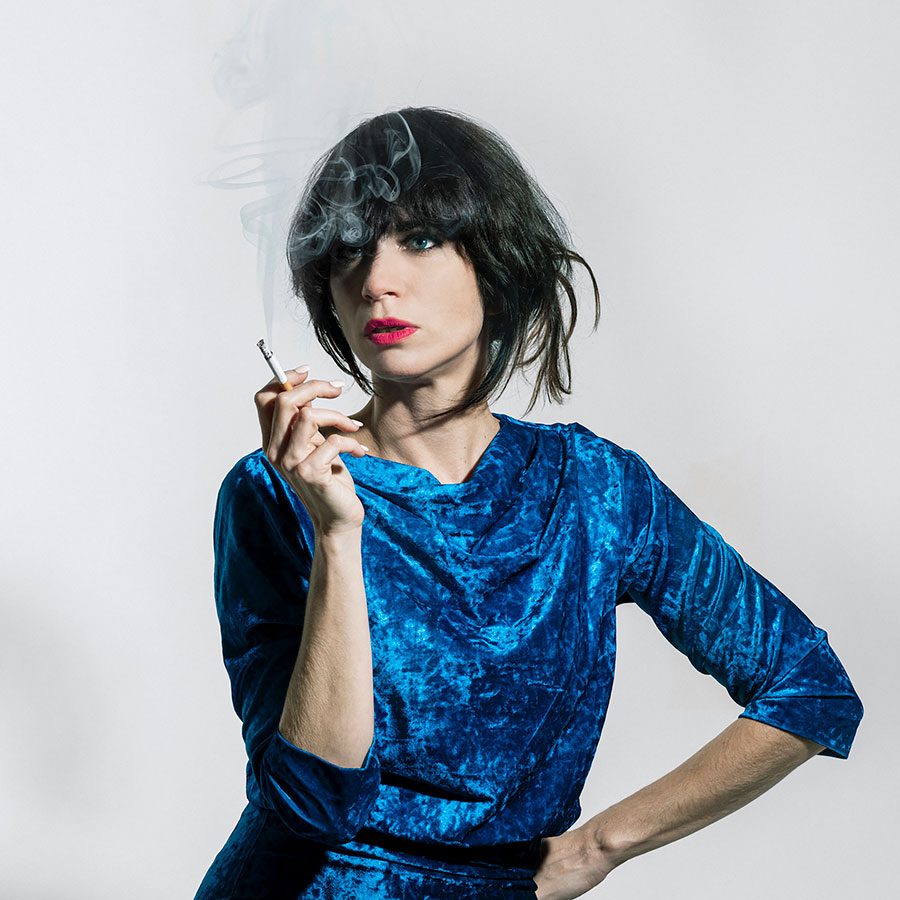 There are some places so indelibly linked to a cultural artefact that it’s difficult to envision said place without first thinking of the latter. Los Angeles always conjures images of Hollywood; Nashville will inevitably make one think of country music. The Jersey Shore – unfortunately for its residents and those fond of it – was scarred by a far lesser ideal, however, now being synonymous with the insufferable reality television Jersey Shore, featuring a dismal cast of Italian-American stereotypes living together along the boardwalk. Even for places defined in the general public mindset as being unworthy, though, there is still romanticism and hope to be found; it was in areas like Asbury Park that Bruce Springsteen first honed his musical talents, after all. And so Nicole Atkins arrives with her fifth album, a paean to the carefree summers she experienced on the Shore growing up. Italian Ice’s sound is inspired by New Jersey and all its ramshackle charm. It also represents Atkins’ best release to date – perhaps owing to her strong emotional bond with the record.

Her first album since the acclaimed Goodnight Rhonda Lee (2017), her favoured roots rock remains with promising stylistic flourishes to ensure it’s an upgrade. Ironically given the concept of the album, Atkins recorded it in the vastly different surroundings of Alabama, but the background list of contributors is immense: she gathered some of her closest musical friends at the iconic Muscle Shoals Sound Studio, including Spencer Oldham and David Hood of the Muscle Shoals Rhythm Section; other noteworthy assistance came from Seth Avett (The Avett Brothers), Binky Griptite (Sharon Jones & The Dap-Kings), Jim Sclavunos (Nick Cave and the Bad Seeds) and Britt Daniel (Spoon).

Abetted by the background of American icons behind her, Atkins has created a record steeped in retro American music history. Italian Ice at once harkens back to golden 1960s folk while also investigating genres like classic soul and country rock. Atkins herself described the LP as an “acid trip through my record collection”, to give further indication of the journey the album takes.

“AM Gold” opens the album, sounding so much like Pink Floyd in its beginning instrumentation as to be positively eerie. It soon descends into her signature stomping rock, befitting of a song titled after glorious radio. “Mind Eraser” follows after, the strongest song in the collection, positively bouncing due to its dance-funk rhythm. The production is never anything less than glossy and pristine. Tracks like “Domino” and “Forever” shine with delightful grooves, showing that Atkins doesn’t need to rely on her powerful vocals. There are small diversions, too, including a sentimental cover of Carole King’s song “A Road To Nowhere” (1966) and a duet with the aforementioned Daniel on the swooning ballad “Captain”.

The supreme production levels often overcome the lyricism but some solid writing remains, particularly on “St. Dymphna” (named after the patron saint for the mentally ill), as Atkins cries during the chorus, “I’d rather die than go out of my mind, I left you a message, when will you call me back?”. It’s one of the strongest occasions where her voice reaches its exquisite bellowing best, and rightly so, given the intense melodramatic subject matter.

The idea of ‘home’ is what really ties the record together. It’s frequently mentioned throughout, and in contrasting circumstances. On the country-tinged “Never Going Home Again”, Atkins maintains that she won’t return to where she came from. Alternatively, on the wistful “Far From Home”, the idea of home seems like something Atkins yearns for, or at least appreciates.

Atkins wanted to create a record that reflected the Shore as a place where anything can happen and it delivers on this assertion. As her voice rises and falls from a strained whisper to a howling wail, as the instrumentation sounds both soulful and folksy, one can sense that the place that inspired this album is not as one-note as its notorious cultural artefact would suggest.