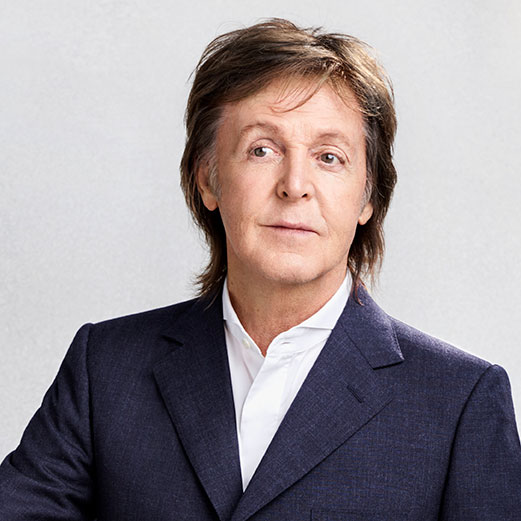 Fifty years ago, The Beatles broke up. Journalists scrambled to figure out why the group would throw away their success, passing blame on both John Lennon and Yoko Ono’s burgeoning relationship, various business decisions and Paul McCartney’s control freak persona. McCartney, in reality, was coming off the back of a passion project, The Beatles’ back-to-basics entry in their catalogue, Let It Be (1970), and the development of the album into a vehicle for Phil Spector’s bloated overproduction.

Feeling betrayed and left behind by a particularly fraught band meeting in which Lennon essentially dismissed himself, McCartney went home. Withdrawing from media attention and the prospect of a new solo career, he recorded McCartney (1970), a self-produced, lo-fi throwaway in which he played every instrument and finally cut some tracks rejected by The Beatles.

Dismissed by critics upon release, what initially felt like a quick way for McCartney to make a buck off the band’s break up was soon regarded as a forerunner to bedroom pop and indie music. Ten years later McCartney would push those boundaries again, recording McCartney II (1980) amidst the dissolution of a very different band. McCartney II was similarly met with negative reviews but enjoyed an expansive influence on synth-pop, electronica and maybe most importantly, TLC. So nobody would be surprised that while holed up in quarantine and at the dawn of a new decade McCartney would set out to record McCartney III. Likewise, no one should be surprised when McCartney III doesn’t exactly receive glowing reviews.

McCartney III is, to be fair, a lot better than his last effort Egypt Station, 2018’s embarrassing exercise in appealing to his grandkids. But McCartney still struggles with attempting to stay relevant at almost 80 years old, something that creeps up throughout “Deep Down”, a track musing on partying and sex and seemingly existing only to tell the listener that McCartney is younger than he sounds. Simply put, on McCartney I and II, he was ahead of the curve, on McCartney III he’s made the mistake of making an album that a nearly 80 year old Macca would still like.

Not surprisingly, it’s those moments where McCartney pretends to push the envelope, that age him the most. Take “Sliding”, a would-be foray into what Paul McCartney thinks heavy metal is, that somehow feels like a step back from “Helter Skelter” (1968). That pomposity comes across even more on the excessive “Deep Deep Feeling”, a shifting medley of different takes that feature both altered vocal effects and cheesy lyrics. At over eight minutes it may be different than anything McCartney has released so far but that just proves McCartney works best when working within constraints, not outside of them.

Luckily, these instances are sparse, and the majority of McCartney III remains yet another trip full of strong pop melodicism. McCartney still has a knack for an earworm and each track is memorable enough to carry a tune just by reading the title out loud, a compliment that stands even for the worst offenders. Namely, “Lavatory Lil”, an obnoxious ditty that despite its premise and delivery is undeniably catchy, albeit in the wrong way.

McCartney III does manage to work more often than not, and it’s at its best when operating as a simple homespun delivery of McCartney’s genius. “Pretty Boys”, a soft and memorable rumination that eventually builds to a very McCartney-esque swell, is an undeniable gem. It’s a song both evocative and simple in its beauty, as is the case with “The Kiss of Venus” – a classically melancholic love song, and a distinctly memorable entry from someone who writes a lot of those.

The bulk of the album is full of the charm that comes from recording and producing your own work, even on “Women and Wives”, a propulsive and dramatically somber track that could easily come off as preachy, but instead maintains enough charisma to blend right in. McCartney III never turns towards chintzy production or half-baked instrumentation, as on previous McCartney entries. In fact for better worse every song here feels well thought out, just as rehearsed as any other McCartney album, and immaculately created even in its seeming spontaneity. 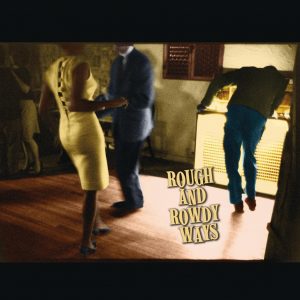 Paul McCartney has already carved out his role as the elder statesman in pop music. He doesn’t need to create any more music, and at this point a great album or terrible album isn’t going to come close to changing anyone’s opinion on him. McCartney III is not a great album, and doesn’t come close to holding a candle to McCartney I and II. It’s not the home run that Rough and Rowdy Ways (2020) was for Bob Dylan, Macca’s closest living peer and someone who understands his relevancy a lot more. But despite the never-ending issues that have flagged most of McCartney’s late-career work, McCartney III is often beautiful and seldom boring. It’s hard to expect more from someone who should have run out of ideas a long time ago.