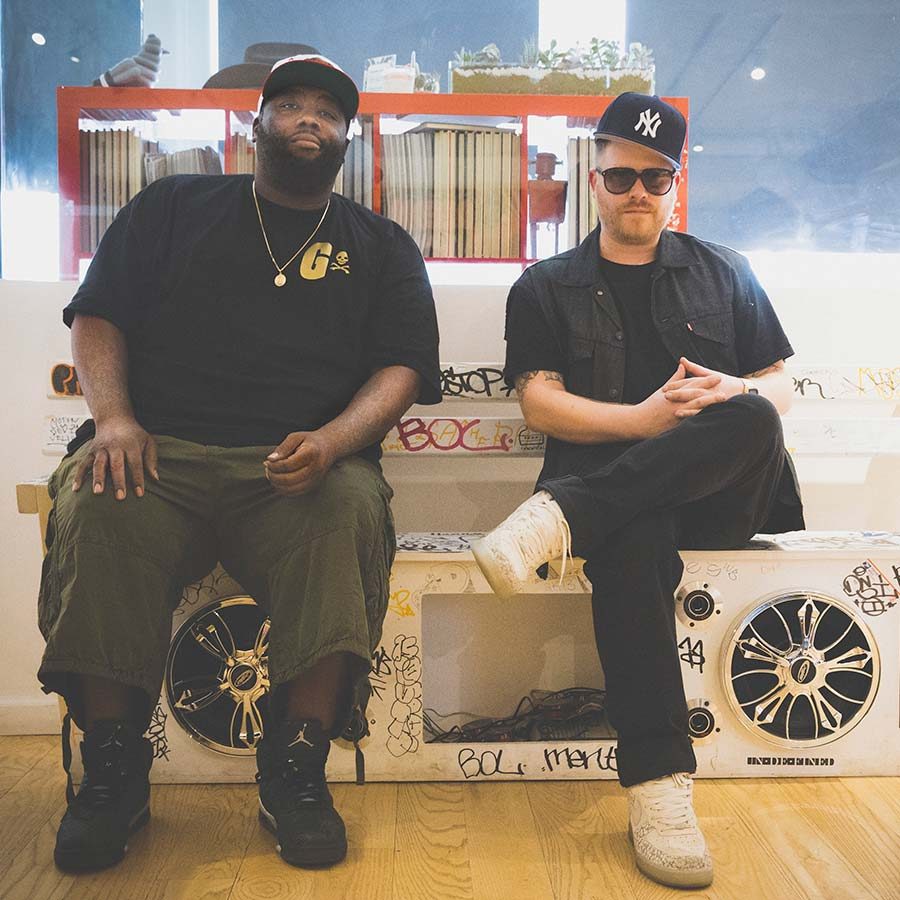 The intensely-awaited latest Run The Jewels album was scheduled for release on June 5th. One week prior, George Floyd was inexplicably murdered by a member of the Minneapolis Police Department and worldwide protests against police brutality and racism followed. Due to these events, Killer Mike and El-P decided to release their album two days earlier. The note to explain simply stated, “Fuck it, why wait. The world is infested with bullshit so here’s something raw to listen to while you deal with it all.” After listening, RTJ4 is the album this statement promised and the album this moment needs.

We’ve been here before though. In 2015, Kendrick Lamar released his album To Pimp A Butterfly which contained the hopeful protest anthem “Alright”. The song became an anthem for the Black Lives Matter movement of the time, coming as it did in the year between the Ferguson unrest and the election of Donald Trump. The hope remains but becomes harder to hold on to as it’s constantly eroded by the brute forces of systemic racism and police oppression. Where Lamar looked to a light at an endpoint, Run The Jewels spit their fire at the furious now; perhaps that’s why this feels like the immediate protest soundtrack that’s needed for this generation, where today truly feels like the endgame.

Musically, their fourth album really feels like Killer Mike and El-P conjoining as the perfect partners. They both have their preferred mode of protestation and both graciously allow the other to showcase this. There are fewer interchanges but it all feels streamlined and natural. RTJ4 lacks a lot of their signature mad humour, certainly as a result of it being a political record, but it’s not really missed. There is no pause for prolonged contemplation – each song sparking and revelling in an unrelenting furore. Every song imprints itself upon the listener’s mind instantaneously – each critique lands, each emotive bar hits. Backed by El-P’s empowering and buoyant production (there is a delightful and dipping hook on “goonies vs. E.T.”), they observe the inherently racial structures that uphold America’s problems and pull them apart lyrically.

“yankee and the brave (ep. 4)” is a firestarter opening, prowling out of the gates with heaving and pounding beats. “ooh la la” is a sweet outlier, a homage to old-school hip-hop (featuring stalwarts Greg Nice and DJ Premier); modern day stalwart 2 Chainz appears as a guest on the following track, “out of sight”.

It’s on the sixth track, “walking in the snow”, that the duo really let go on their targets. Amidst references to reading the educational and spiritual words of Noam Chomsky and Charles Bukowski, 21st century America is derided for its innate falsities: first El-P mocks Pseudo-Christians (“Shit, if even one scrap of what Jesus taught connected, you’d feel different”) before Killer Mike rights the fake righteous (“And you sit there in the house on couch and watch it on TV, the most you give’s a Twitter rant and call it a tragedy”).

Pharrell Williams then joins on “JU$T” to cry the memorable line “Look at all these slave masters posin’ on yo’ dollar (Get it? Yeah)”. It’s sadly knowing, shamelessly wry, and the song works as a condemnation of post-capitalist America where money is worshipped. The same ideal is destroyed in “pulling the pin” (featuring legendary singer Mavis Staples and Queens of the Stone Age’s Josh Homme), where biblical imagery is utilised to envision the struggle for class and racial equality as a war between angelic and demonic forces (“The devils, they do the despicable, and still, they move like they invincible”).

Killer Mike has long been a fearsome activist away from music and this album is the most correlating to this side of his life yet. It’s poignantly addressed on the final song “a few words for the firing squad (radiation)”, a deeply personal track. Over what sounds like an appropriate sample of INXS’ “Never Tear Us Apart” (1988), he painfully raps, “Friends tell her, ‘he could be another Malcolm, he could be another Martin’, she told her partner, ‘I need a husband more than the world need another martyr’”; it’s difficult to ignore the despair in the use of the word “martyr”. 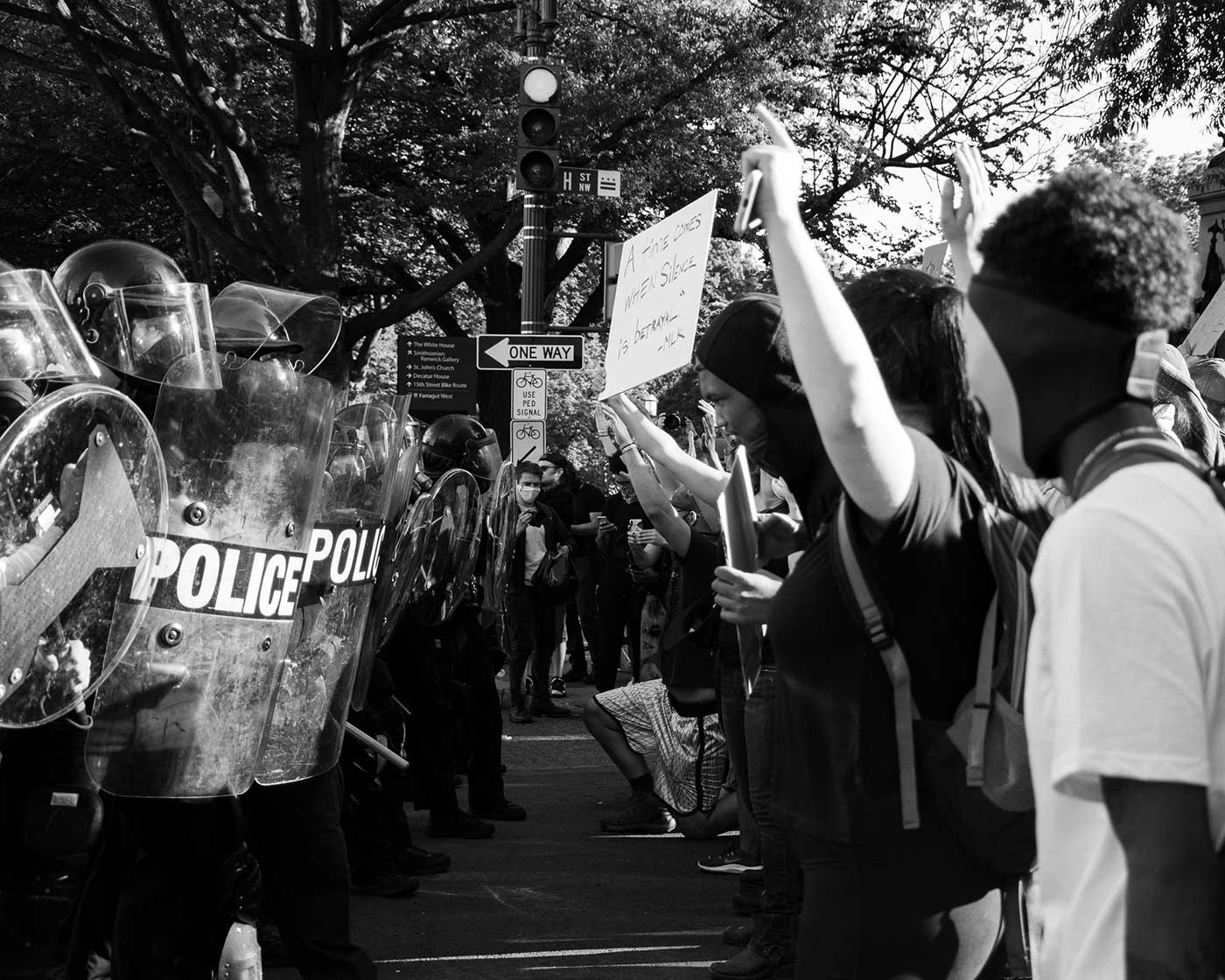 Both men are in their 40s but remarkably – and welcomingly – seem now to be at their most energetic and radical. Success hasn’t rotted them, as it has to some of their contemporaries, and the duo are all realness and reality. RTJ4 should – it will – be remembered as both a modern American classic and a modern protest classic; the most startling thing is that it sounds like Run The Jewels are just getting started. In an emotional speech made in Atlanta last month after the killing of Floyd, Killer Mike declared how he wanted “to see the system that sets up for systemic racism burned to the ground”. The rapper, the leader, the father, is in the majority and RTJ4 deserves to be the sonic match to light the fire.