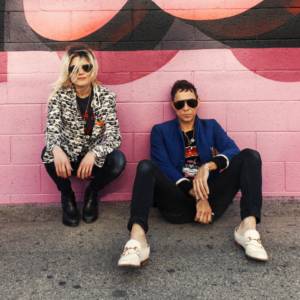 The Kills have never been an album band. They’ve never been able to captivate and distinguish themselves over the course of an entire record from start to finish, but they’ve also never really been a singles band either. Only a few tracks throughout their career; “Kissy Kissy”, “Black Balloon”, “U.R.A. Fever” etc. have experienced wider success, and these songs owe more to their respective albums than to the group’s sound as a whole. Maybe that’s part of the reason The Kills have always struggled with breaking into wider renown; although they have nearly defined the definitive “Kills” sound, they seem to thumb their noise at any other label. 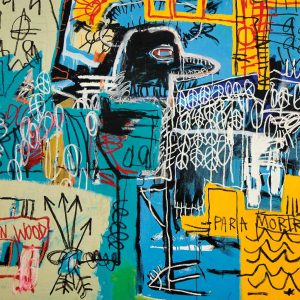 Review: The Strokes – The New Abnormal

When The Kills first got together at the turn of the millennium, they began making the music they were familiar with: singer Alison Mosshart, pulling from her New York punk roots and guitarist Jamie Hince from British rock. Together they were late arrivals to the garage rock boom, releasing their debut Keep On Your Mean Side (2003) in the wake of The White Stripes and The Strokes‘ meteoric rise and finding themselves pigeonholed into the restrictions of that scene. The Kills have spent much of their career pushing back against that characterisation and developing a steady if never remarkable consistency, eventually embracing their bespoke sound after the release of 2008’s Midnight Boom.

That’s the nature of this collection of B-sides and demos, and of The Kills in general – they record fast and loose. Those first three albums, although thematically distinct, come from a time when the band was recording covers, rough ideas and just about anything else they could get on tape to appease the endless stream of B-sides needed when singles were released on CDs. After 2009 and the rise of MP3, the band began to record more succinctly, offering fewer demos and half ideas to tape in favour of the professional studio treatment. Many of these tracks were recorded on “Little Bastard”, an 8 track recorder and sequencer that also acted as a drum machine and essentially the third member for the band at the start of their career.

Although the entirety of that career is not covered in this retrospective, Little Bastards does a great job at introducing the growth of the band, from its earliest moment, “Jewel Thief” to the band’s studio-ready perfectionism later on. Opener, “Superpowerless” finds the best of both worlds, typifying the quintessential Kills track: a prowling, confident, exercise in instinct. Passed over for Midnight Boom due to stylistic differences, “Superpowerless” remains a demo recorded so uniquely that the band has struggled to find a way to transplant it into a record.

The rest of the album may not be working quite at that level, but it does function as a nice odds and ends basket. “Raise Me”, a similarly half-finished track from the Midnight Boom sessions doesn’t hold a candle to “Superpowerless” – feeling limp and rightfully demo-ish by comparison. Elsewhere the band’s charm comes through in its covers and style trips. Howlin’ Wolf’s “Forty-Four” and Dock Boggs’ “Sugar Baby” may be a little undercooked, but their contrast makes for some stronger sequencing and Mosshart’s take on “I Put a Spell On You” revokes any of the inherent clichés almost immediately.

Hince and Mosshart, spending years fine-tuning their sound down to a succinct checklist, are keen to dump any of their genre experiments on Little Bastards. Whether it’s the Phil Spector stomp of “London Hates You”, The Strokes-y “Blue Moon” or the Serge Gainsbourg cover “I Call It Art”, the band proves that for every dud on their early albums, there was a vastly superior song lying on the cutting room floor. These moments don’t take away from The Kills’ oeuvre though; instead they give it more context. In the presence of these excised rarities and unfinished forays lies a band with infinite possibilities, albeit one which instead chose a very narrow brand of specificity. For better or worse, The Kills are The Kills and these tracks are the exception that prove the rule.

When 2020 and the COVID-19 pandemic forced most touring musicians to pack it in for the year, the self-described forward-looking Hince began to look back to build a definitive collection of unreleased material from the band. Little Bastards works the same as most albums by The Kills work, by keeping the music as natural and cerebral as the lyrics and by capitalising on Hince and Mosshart’s innate chemistry. Little Bastards never feels like a cash grab from a couple of musicians undoubtedly hard-hit, but rather an overdue introduction to some of their finest moments together.