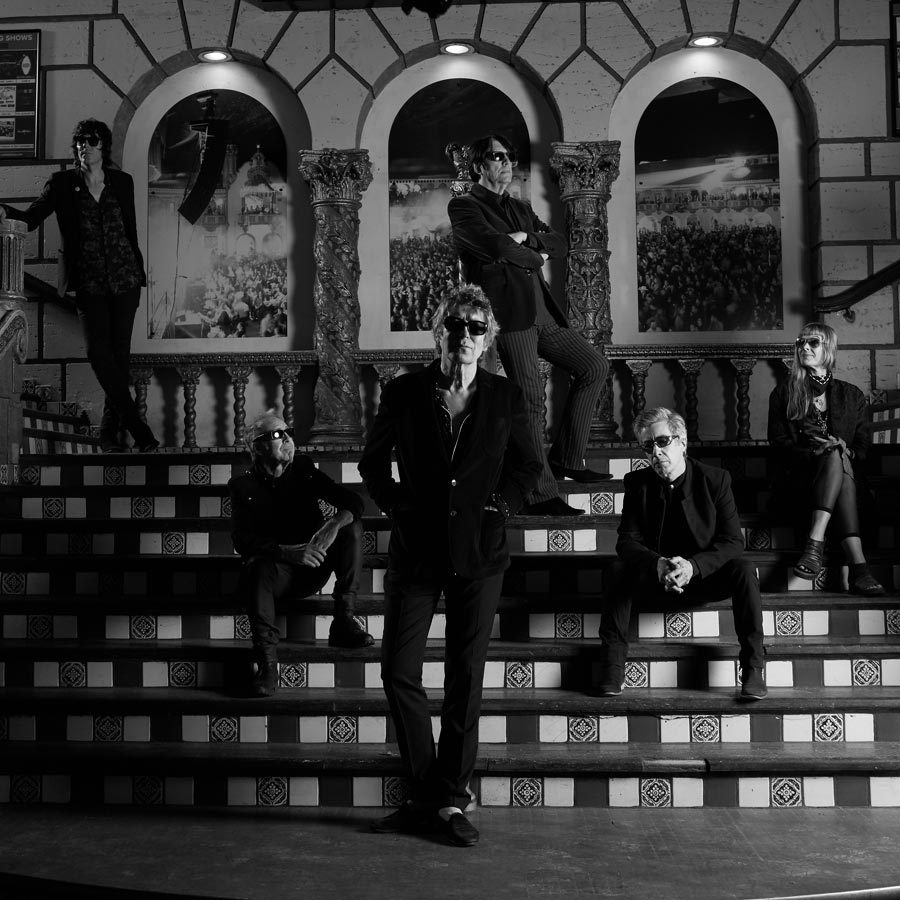 Britain’s Psychedelic Furs were a major player in the 80s new wave and post-punk movements. Fronted by Richard Butler’s gruff quaver, the Furs’ distinctive blend of gloominess and melody has been cited by many later alternative bands – R.E.M. being one example – as a significant influence. For casual fans, they may be most recognised by their iconic single “Pretty in Pink” (1981) which inspired the popular John Hughes’ film of the same name.

The Furs haven’t put out any new music in almost 30 years, but their return is not so unexpected. Over the last handful of years, they have been exposed to a new audience. For one, Armie Hammer and Timothée Chalet dance to their single “Love My Way” (1982) in the award-winning 2017 film Call Me By Your Name. Around the same time, another Psychedelic Furs classic “The Ghost in You” (1984) is featured on the ever-so-popular drama sci-fi drama series Stranger Things. This is the lead up to their eighth studio album Made of Rain – an album which was due for release in May before being postponed due to the current global pandemic. The band brings on Richard Fortus, whose resumé includes a stint with Guns N’ Roses, to produce the album. Fortus favours more atmospheric and dreamy soundscapes. This is assisted by the mixing duties of Tim Palmer who has worked with U2, David Bowie, and Robert Plant just to name a few.

The cavernous “The Boy Who Invented Rock” sets the record in motion. Dark synths and murky distorted bass from Tim Butler are married to Mars Williams’ jagged saxophone runs. “Don’t Believe” is a sprawling post-punk reflection. Its stripped down verses fawn another anticipation to accentuate the large dynamic chorus. Matching guitar and synth lines from ex-Information Society member Amanda Kramer sound as if they were lifted straight from the ’86 alternative canon.

“You’ll Be Mine” veers more into an alt-folk jangle, flavoured with prickly synths and slow, pounding percussion from Paul Garisto. Subdued at first, the song shifts into reverb-heavy guitar distortion. Kramer’s keys are subtle but always present, perfectly filling in the empty spaces.

The middle run of the record falters the most with a series of uneventful cuts. Opening on The Joshua Tree-esque (1987) guitar swells, the somber ballad “Wrong Train” drifts into a tired lull. The emotional weight feels forced. Following this is “This’ll Never Be Like Love”. While the dramatic echoed guitars are intriguing for a moment, Butler’s swoons aren’t enough to carry this ultimately boring piece of filler.

The momentum does begin to pick up on “Ash Wednesday”, the most texturally interesting track on the album. Creating a somber atmosphere, Kramer’s puttering keys give the proper framework for the sultry sax work. Garisto sounds as if he is gliding on the toms. With an atonal approach, the impressive saxophone elements continue on “Come All Ye Faithful”. The song has a Tom Waitsian creep to it. Butler’s aloof presence is well accompanied by the upbeat guitar strums and sluggish bass.

Religious imagery appears often on Made of Rain. “Who’s on the telephone? Why no one. Babel or Babylon or no one,” Butler posits on the spacious “No One”. The tune carries a dramatic goth inspired atmosphere that wouldn’t sound too out of place on The Cure’s Seventeen Seconds (1980).

The real misstep comes the way of “Tiny Hands”. Dreary keys and fluttering tape loop don’t hide the heavy dose of schmaltz. However, that is starkly contrasted to the next song and album highlight, “Hide the Medicine”. Tackling heavy subject matter, Butler explores familial trouble in the midst of substance abuse on the back of slow burning guitar strums and keys. It all comes together on the emotional punch of a bridge – “Your mother says you’re beautiful to me. Your father says you’re beautiful,” Butler repeats.

“Turn Your Back on Me”, with its skittering electronics, sees the band indulging some slight 90s industrial elements. It’s commendable to see the band branching out into new sounds, but here it sounds a tad undercooked. “Stars” is the jovial conclusion. “These are the days that we will all remember,” Butler sings with full optimism, building to a satisfying climax.

The Psychedelic Furs are iconic for a reason; they really have nothing to prove. In that way, Made of Rain sounds like an album made for them and for the joy of being in the studio again. That is admirable. They have earned the right to simply enjoy themselves. That said, Made of Rain has its faults. It’s an inconsistent record with missteps and average tracks.

Made of Rain is released Friday 31st July via Cooking Vinyl.