Sungenre Album of the Month – September 2018

It must be something in the water. Since its inception in 2001, Brooklyn independent soul label Daptone Records has produced a string of noteworthy releases and incubated exceptional talent including Sharon Jones, Charles Bradley, Lee Fields and The Como Mamas. Now, many of the musicians responsible for the label’s iconic sound and biggest hits have assembled to back imprint Dunham Records’ latest signing, The Sha La Das. 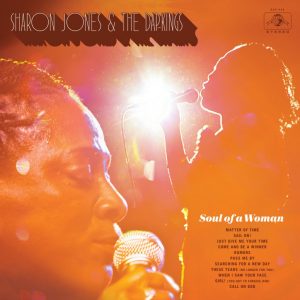 The Sha La Das is a family affair, comprised of Staten Islanders Bill Schalda and his sons Will, Paul and Carmine. They’re no strangers to Daptone, having previously sung backing harmonies together as a group for Charles Bradley on Victim of Love (2013) and Changes (2016). Will and Paul also toured extensively with Bradley, performing keys and guitar respectively in his Extraordinaires band. “Bill is the genuine article, just like Charles Bradley and Sharon Jones, he came directly from the source,” says producer Thomas Brenneck (Menahan Street Band). Indeed, Bill was involved in many doo-wop and R&B groups of the day, including The Montereys. “He would bring us out on the stoop on Staten Island and he would teach us each parts of say, the Sesame Street song. We were his backing group very early on – that was fun,” says eldest son, Will.

The group’s debut album Love In The Wind opens rather appropriately with downtempo single “Open My Eyes”, introduced by Brenneck’s skillful and restrained guitar and shimmering strings. Noticeable from the start is the record’s rich analogue warmth and in-the-pocket instrumental backing – elements which faithfully replicate the sound of a bygone era and which are staples of any Daptone release. Credit where it’s due, drummer Homer Steinweiss (Sharon Jones & The Dap-Kings, Menahan Street Band) and bass player Nick Movshon (Menahan Street Band, The Arcs) do an exceptional job in the rhythm section – never rushing, and allowing ample space for the vocalists to shine.

“I wanted to take The Sha La Das outside of the doo-wop genre,” Brenneck explains. “To take the whole vocabulary of doo-wop harmony and reapply it to soul, so you get super soulful harmonies along the lines of The Manhattans and The Moments.” His sentiment here is certainly evident on soul track “Just For a Minute”, in which the four piece open by harmonising “it’s time we said goodbye… just for a minute, I thought otherwise”. Victor Axelrod (Sharon Jones & The Dap-Kings, Antibalas) here provides subtle splashes of upright piano and organ, before taking a more prominent role with a bouncy piano line on “Summer Breeze” – a short, carefree track somewhat reminiscent of The Beach Boys.

“Okay My Love” is a standout track, introduced by Mellotron flute lines and simple piano chords punctuating every beat. The lead vocals alternate between describing the singer’s day and professing his longing to head home to his love interest – from the point of drinking coffee “in the morning rain,” through to playing “an opening gig in some old sawdust bar… for a couple of bucks.” The backing vocals in this song for the most part consist of simple “ooh”s and repetitions of various key lines.

“Sha La Da La La (Christmas Time)” comes as somewhat of a surprise for an album set for release in September. The opening piano line references the traditional Christmas carol “Deck The Halls”, but with the entrance of the remainder of the band and the vocals it takes on a much more pensive mood than most holiday tunes. Brenneck punctuates the third beat of each bar with a staccato guitar chord, over the top of a rich, rolling bassline. As the title may suggest, the song is short on meaningful lyrical content, but it will nevertheless be a welcome addition for fans of Menahan Street Band.

“Those Years Are Over” adopts a swaying doo-wop style, recalling the likes of The Moonglows and Anthony and The Sophomores. A slide guitar solo halfway through utilises the song’s main vocal refrain, accompanied by shimmering strings. Next, “Do What” picks up the tempo a little in an early pop rock style. “Is this love or war, there must be something more,” the outfit harmonises.

“Carnival” opens with cliché carnival sounds but soon after delivers the goods, with what certainly would have constituted a bonafide rock hit had it been released 55 years ago. “You keep me turning, round and round and round… here we go again,” The Sha La Das sing over a playful arrangement featuring a catchy guitar riff, rollicking bassline and horn blasts from in-demand session trumpeter Dave Guy (Sharon Jones & The Dap-Kings, Mark Ronson, The Roots) and saxophist Leon Michels (El Michels Affair, Menahan Street Band). 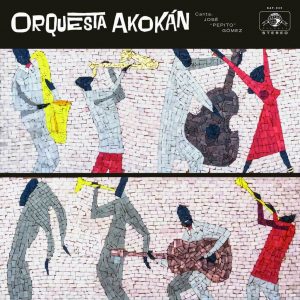 “You Never Know Whether” drops the tempo for another 6/8 song, but one which arguably provides more intrigue than “Those Years Are Over”, through clever chord changes and beautiful harmonies. It’s another track which no doubt would have charted well and received far-reaching airplay on the wireless back in the genre’s heyday. As the album begins to draw to a close, “It’s You” provides another well-constructed love song, driven by a slightly distorted and chorus effected guitar supporting the vocal melody. And finally, title track “Love In The Wind” appropriately puts a spotlight firmly on the beautiful vocals of Bill Schalda with a sparse backing arrangement.

Tastefully combining doo-wop, soul, blues, pop rock and vintage R&B, the debut album from The Sha La Das is a welcome addition to the Daptone/Dunham catalogue – sitting comfortably with the likes of stablemates The James Hunter Six. It’s well worth a listen for anyone looking to discover something new (or old).

Love In The Wind is released Friday 21st September via Dunham Records.