Upon release of their powerful debut, Highly Evolved (2002), The Vines were hailed alongside The Strokes and The White Stripes as turn of the century rock n’ roll saviours. Ironically, the Sydney-based band’s further five releases came under fire for rarely deviating from their alternating garage rock/ballad style. Whilst solidifying staunch fans, it drifted them into the ether in the eye of the wider public. Four years after their last release, the exhaustive double album Wicked Nature (2014), a recent supporting slot on Jet’s reunion tour with the original touring members has paved the way for somewhat of a revival for the once prophesied reclaimers of rock. Though with seventh album In Miracle Land, it would appear this land is one we’ve visited with The Vines many times before.

Opening with the toe-tapping alt-rock “Hate the Sound”, front man and sole mainstay Craig Nicholls immediately appears to be on the front foot. “Show me the way to make it, help me out now,” pleads Nicholls. It could perhaps be interpreted as a response to the critical reception to prior works. Sounding polished and tight, the characteristic Vines distorted guitars tease throughout the chorus without exploding. 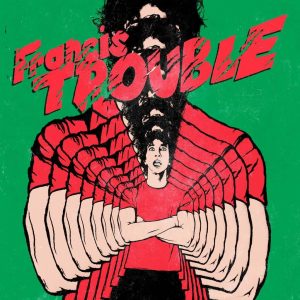 Acoustic ballad “Broken Heart” feels like a backward step second up. Shoegaze lead guitar fails to imbue any colour to a repetitive five-chord progression and clichéd laments of – you guessed it, broken hearts and unhappiness. It makes the energetic opener feel more like a false start than a warm up for what’s to come. This is the first we see of poor track ordering that diminishes any sense of flow and energy from being developed. This is something The Vines have consistently struggled with throughout their discography, often having polarising genres up against one another.

Since Wicked Nature, Griswolds members Tim John (Bass) and Lachlan West (drums) have rounded out the band lineup. They set the pace on track three, “Leave Me Alone”. Though Nicholls amps up his vocals through angsty cries in the chorus, the power chords and thrash guitars used on albums of yesteryear give the listener the first signpostings of déjà vu. A splash of 60s psychedelia is exactly what’s needed to shake things up, with a dreamy, detuned guitar lick that immediately hooks into the ear. It’s frustrating then that nothing develops beyond this as it harmlessly fades away with delayed drums and high-pitched synths. Nicholls puts it perfectly himself – “Lost in melody, more fun in a dream”.

Rounding out a disjointed opening five tracks is the equally disparate “Emerald Ivy”. Implementing a grand piano for yet another ballad, Nicholls imbues a sense of retribution when singing “Try do it right,” over a minor key chord progression which wearily repeats itself. It feels like a filler track, confounding the listener as to why it appears so early in the album, if at all. And so brooding 90s rock track “Sky Gazer” couldn’t come soon enough, with strong vocals and tempo changes lifting you out of the dregs of the prior song. Strings perfectly compliment the melodrama of the dreamy slower patches and make the longest track on the album feel like the shortest. A standout, albeit one you can’t help likening to Oasis.

The fast-paced follow-up “Waitin” keeps the momentum going nicely. Its jangly rhythm guitars and harsher vocals build on the tension created in “Sky Gazer”, effectively shaking you up and out of the melancholy. “Slide Away” releases nicely, bleeding of Nirvana crossed with Stevie Wright’s “Evie” (1974). Though this album doesn’t feel as weighed down by influences relative to prior releases, you can’t escape the feeling that there’s more of the influence than The Vines themselves in these songs. The depressive isolation Nicholls sings of, “I don’t wanna be loved, I just wanna be low,” followed by a scream in the final build makes this the most energetic song on the album.

It’s disappointing then that another unimaginative acoustic ballad, “Annie Jane”, follows up. Its weak lyrics and soft rock sound make it feel outdated. It fails to add any more than its counterpart “Broken Heart” did seven songs earlier in the album. The closing ‘lalala’s epitomise this absence of invention with them having already been used on opener “Hate the Sound”. But title track “In Miracle Land” provides another psychedelic jam to save things again. Like on “Sky Gazer”, 60’s rock n’ roll guitars, reverbed vocals and tempo changes that boost the verses make it the strongest and most colourful tune on the album. The chorus also oozes of Nicholls’ long-time idols The Beatles.

“I Wanna Go Down” cranks out the grunge and screams, making it the heaviest and most depressive track – “Reality is the saddest place I have been”. Hearing Nicholls crying out “I wanna go down,” into his depressive state should feel powerful, but having been preceded by empty, generic ballads of love and loss, it feels late and out of place. “Gone Wonder” closes things out in what can only be described as an imitation of Led Zeppelin’s version of “Babe I’m Gonna Leave You” (1969). Though Nicholls’ vocal range and strength shines toward the end, another repetitious four chord pattern makes it a predictable and forgettable closer. Of interest are the lyrics “hear me out, it’s all over,” perhaps indicating a swansong for The Vines. 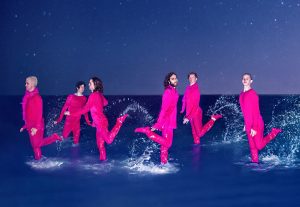 In isolation, this album is listenable without being memorable, sprinkled with moments of fun. The songs here sound as polished as any The Vines have released before them. Reverb and synth textures flesh out their slower songs as their faster, grungy tracks punch nicely, if slightly too clean. With the album clocking in at 35 minutes, none of the 12 songs overstay their welcome either. However, the recidivism of the band over their discography is something that can’t go ignored. If you’ve heard any of The Vines’ previous works, you’d understand how approaching this album with a fresh set of ears is as difficult as viewing a Fast and the Furious film with the hope that the cars abide by the laws of physics. The clichéd lyrics, underdeveloped themes, track ordering issues and power chord progressions of In Miracle Land means it fails to add anything to the dynasty of the band. It’s largely the same songs we’ve heard, now seven times through. Even the best tracks feel like creative reinterpretations of obvious influences.

Consistency is key, but for Craig Nicholls and co. it feels more like a defiance to explore. The complaints with this latest release are the same critics have been dishing out since their 2004 sophomore Winning Days. Though their upcoming eclectic reunion gigs are sure to be celebratory, the only prevailing sensation after completing their seventh album is that of apathy.