Two Door Cinema Club have always rode the line of being marketed as indie while safely holding a corporate pop appeal. The Northern Irish three piece perform perfectly agreeable hybrids of rock and dance-pop. In more recent years, the band has shifted their approach to embrace a more prominently electronic sound. False Alarm, their fourth effort, continues this evolution.

Album opener “Once” kicks things off with a fuzzy synth intro. It’s a sugary dance pop track that kickstarts their exploration into humanity’s ties to technology; “You’re getting stuck with papers in the magazines. It’s just your luck, strangers living out your dreams,” they observe. There is a bubbly, heavily polished bridge to finish things off. For the most part, it’s painfully colour-by-numbers indie pop.

Single “Talk” ventures into EDM-lite territory. The disco inspired guitars, the George Clinton-esque background vocals in the chorus, and the bass heavy interludes all factor in the track’s funky feel. While undeniably a strong and catchy tune, the band regrettably falls into its worst tendencies on the climaxing bridge. They are aiming so hard for arena level catharsis; they want their music to feel bigger than it is or should be.

“Satisfaction Guaranteed” is glittery synthpop at times reminiscent of new wave’s poppier side (Tears For Fears, Duran Duran). With its jittering energy, this is easily one of the more interesting, more complete tunes on the album. It is one where they are not fully relying on a cheap hook. Next, “So Many People” is a more straightforward pop number carried by sultry keys and thudding drums. While there are some sincere, longing vocals on the verse, this effect is lost on the ultra clean, forgettable chorus.

“Think” suffers from its distracting vocal processing. While Alex Trimble is going for a seductive croon, the bizarre production choice erases all of its edges. This track is all empty atmosphere. The lack of a developed tune is disguised with effects.

The longest song here, “Nice to See You” is also the most conventional rocker – that is, until the jarring and totally unwarranted rap break. They are trying to come off as ambitious, while not having the wealth of ideas to back it up. This is signified by the superfluous “oh oh”’s filling up space. There is simply no tangible reason for this song to justify its six and a half minute run time. 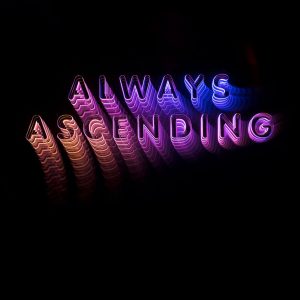 “Break” is yet another lifeless number that screams filler track. At two minutes, there is no real direction. The sunny psych pop, with its stabby keys and swelling synths, is a totally innocuous performance that just comes in and then fizzles out. “Dirty Air” is one of the groovier numbers on the record. With Trimble’s quirky drawl, Two Door Cinema Club is putting forward their best Franz Ferdinand imitation. While their influences are clear, these guys lack the style of songwriting capabilities of the bands that are informing their sound. They are not strong lyricists, showcasing easy rhymes and a lack of depth: “Give me your time, I’ll give you plenty of mine, or give me something to burn, I’m tired of waiting my turn.”

“Satellite”, the lead single, is sure to be a hit for the band. It is bright and punchy, packaging an uplifting social message. At their best, Two Door Cinema Club is capable of presenting a catchy and pleasant chorus. Trimble stays in his higher register for “Already Love”. With its one primary distinction being its walking bass line, it is a pretty underwhelming breakup song to wrap things up.

There is nothing wrong with wanting to create fun pop that appeals to the masses. There are plenty of great artists who do just that. The issue with Two Door Cinema Club is just how formulaic they are – putting most of the weight of their tunes on their hooks. There is very little diversity in the track listing on this album, with each song seemingly disappearing into the next. While producer Jacknife Lee has done a terrific job at the task at hand, the music contained within False Alarm lacks any real distinction to set the band apart from an already saturated market of pop-leaning rock bands.