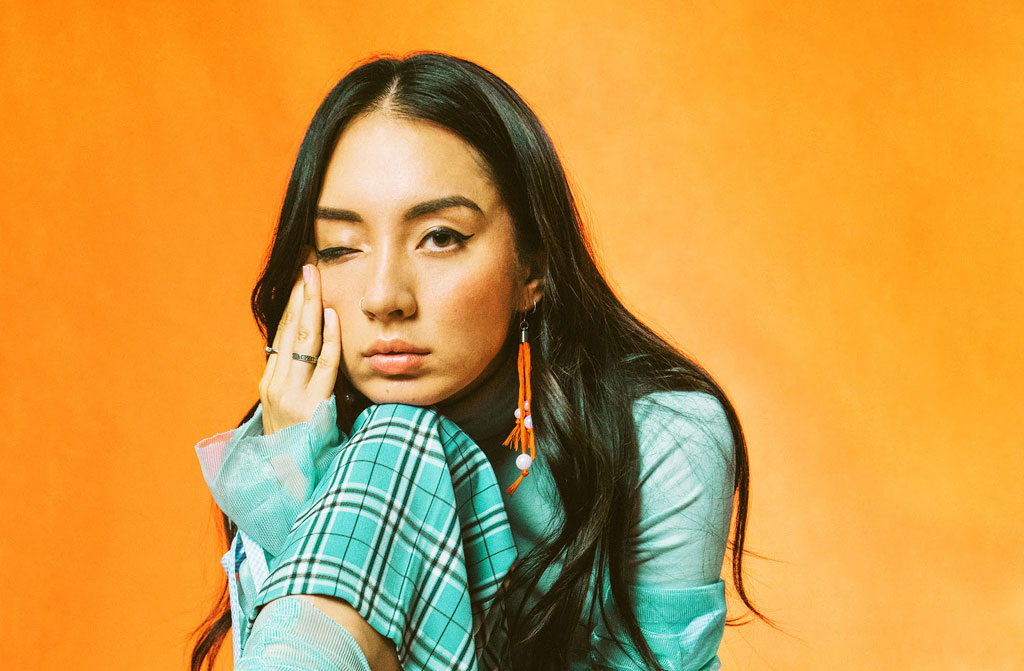 Deena Lynch is a Brisbane artist who creates music under the moniker Jaguar Jonze and visual art as Spectator Jonze. We invited her to pen a guest piece for us. She bravely chose to write about a sensitive and challenging topic.

“I know I’m looking into the eyes of my loving partner but I’m frightened. I keep hiding from him unable to distinguish his love from one of my past perpetrators. They’re not even the same size, not even the same gender but my PTSD can’t tell. I’m convinced he’s yelling at me and about to torture me despite his low, hush voice telling me that I’m safe, I’m safe. I know he’s not holding a weapon but who knows? Run.”

The culture I was raised up in and societal structure I inhabited as a young person wasn’t really fond of the idea of mental health. The idea of talking about it was definitely a bridge too far. It was a sign of weakness and vulnerability. Perhaps it was viewed as some kind of deep fundamental flaw or omen that brought a family shame. One thing is for sure, that if you were struggling, you were mostly struggling alone.

My early life is a whirlwind of continents, homes and caretakers. I learned a lot of things from a lot of different situations and people – but when it came to emotion, especially on the negative end of the spectrum, I learned early on to close off, shut up and suppress. I kept the pain and trauma of my psychological, physical, sexual and emotional abuse so locked away that I hid it from my own brain. I had literally forced myself to forget it. They say that PTSD is sort of like emergency mode for your brain. Often people think of the Hollywood depictions of the disorder – the ex-soldier crouched in the street when a car backfires. But a lot of the time PTSD sufferers are plagued with a patchy memory and a tendency to detach from people or situations when the emotions run too high or a perceived danger is near. Under the right conditions my PTSD can manifest quite aggressively and have me running for cover.

There would be no way I’d be able to write such an open piece like this 6 months ago.

I’m definitely not a professional on the matter and can only talk from my experience. For me, when the distress and fear becomes so overwhelming, I regress into a child-like state. I can hide in corners of a room so that nothing is behind me, I pile up pillows to build a fortress around me, I envelop myself in blankets from head to toe, I’ll cram my head between my mattress and wall to find a deluded safety zone. Hilarious, because as I write this in my normal state it just sounds ridiculous like the humour of ostriches plonking their heads into sand to hide from enemies. For anyone who knows me well, this also sounds crazily out of character. Eek.

I’ll go for hours unable to make a sound. I’ll enter a panic mode and slip in and out between reality and re-experiencing past trauma. I’ll shake and shiver but never cry. As an endearing way of dulling it down, I now call it my bunny mode. In that state, I am absolutely like a rabbit in the wild as prey. It depends on the series of events and management of emotions on the duration and severity of the episode. The worst part is that I cannot vocalise once it’s triggered but through open conversation away from episodes I’ve slowly gotten better and better at attempting to communicate.

It was a long process for me to find the courage to be able to talk to someone. But once I allowed myself to open one door, I have continued to keep opening doors in my compartmentalised mind. It is hard. Because to remove myself from the safety of suppression means to confront it, so my memory slowly unlocks even more nightmarish episodes to experience.

I don’t want this piece to have a focus on adversity – we all go through some form of challenge in our lives and we all have to fight. It’s also something I’m yet to still work through. For now, I’d like to see the focal point of the conversation shifted to lifting the taboo surrounding mental health. Let’s talk. Let’s talk often and open. I’ve got baggage, you’ve got baggage – but together we can share the load and support each other through the recovery from life’s unavoidable adversities.

Conversation and expression is key. And as humans we have the ability to have conversations in so many different ways – through dialogue, poetry, art, music, dance, film and more.

As dialogue was a huge challenge for me to tackle first, I began my therapy through art and music.

Jaguar Jonze is my music. It’s brand new and I only just released the debut single ‘You Got Left Behind’ last week but it has been a project I have been crafting for over 3 years. I fell into music about 6 years ago when my close friend passed away. To deal with my grief, I started writing songs and music has now consumed my life since then. I guess it was a process of therapy for me before my conscious mind knew it. Music is so important to me now because it facilitates a conversation with the most important person I need to be honest with – myself. My rule in songwriting is to not think and to allow my subconscious to take the reigns. And as I write, and write, it gives permission for my subconscious to come out of hiding and take control. Without learning about myself like I have through music, I wouldn’t be able to vocalise in conversation with others. Which, leads me to my art. 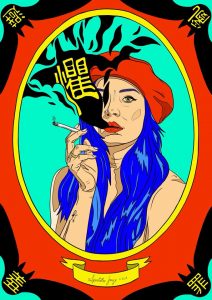 Spectator Jonze is my people project through visual art. Through interviewing each of the subjects prior to drawing, I draw an interpretation of the individual battles they’ve so generously shared with me. There’s a lot of colours to offset the weight of the content and twist it into something visually pleasing – because to me, it is these imperfections that make us perfect. As much as the focus is on the subjects, I can’t even begin to tell you how therapeutic it has been for me. Through their trust in me to open up and share, they’ve allowed me to do the same. I can’t take without the give. It’s through these conversations, I’ve been able to undo so much of my own challenges. There would be no way I’d be able to write such an open piece like this 6 months ago.

This drawing I’ve included is a self-portrait. It was my 50th Spectator Jonze portrait where I first publicly talked about my PTSD and the entire process felt like a massive exhalation of breath. The Chinese characters resemble the things I found emerged as I relinquished the suppression – fear, guilt, blame, shame and confusion.

We need to start accepting that mental health is just as important as your physical health and just as the body will shut down here and there in sickness, the mind will too. 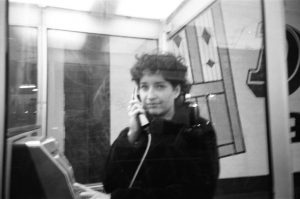 Slowly but surely, music and art has healed so much of this buried chest of unresolved emotions. I still have a long way to go but I’ve learned to be honest with myself and to let the world in. I’ve broken away from the constructs that I was brought up with and learned the necessity of talking about mental health. People, so patiently and beautifully, have taught me that a conversation can make a world of difference.

The irony to the taboo and structure of feeling like you’re alone when struggling with your mental health is that every single person has a shade of trauma, anxiety, depression, illness, vices, inclinations, quirks, doubts, pain, suffering and demons etc. We need to start accepting that mental health is just as important as your physical health and just as the body will shut down here and there in sickness, the mind will too. It’s not a blanket solution but to start that ball rolling – we need to create a safe space to encourage these conversations. Let’s talk. Let’s talk often and open.

If this article has raised any issues for you, please reach out: