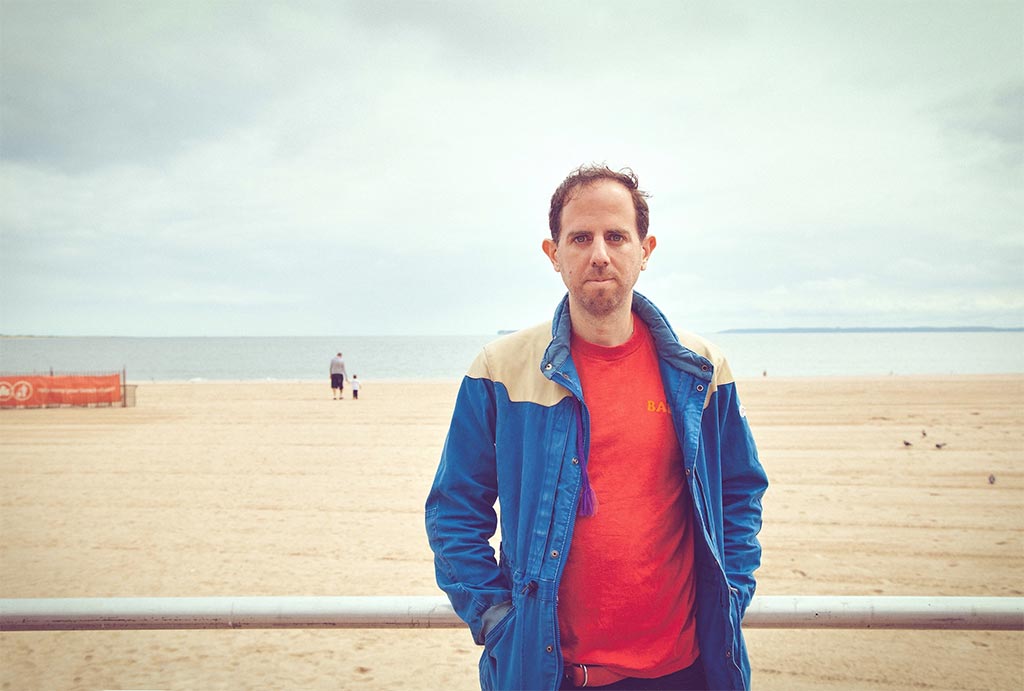 Since 2006, Shlomi Lavie may be best known as the drummer from Marcy Playground, the band whose 1997 hit “Sex and Candy” spent 15 weeks at number one on the Billboard Modern Rock Tracks chart. This year, under the new solo moniker Van Goose, he’ll be releasing an album called Habitual Eater. We asked him to pen a Soapbox piece for us. His proposed title was The art of fearing, lying and making crucial mistakes. Tips for the aspiring musician accompanied by random photos found on my phone.

For most of my life, I’ve been active as a drummer, producer and engineer. But for years, loud noises trapped in my head kept telling me that something was missing. That is essentially what pushed me to start writing music which… I wouldn’t say made these noises disappear, nope, the noises are still there but as long as I keep writing, they don’t feel as much of a burden as they do a source for inspiration.

Through the process of making this recent creative turn, I learned a couple of things which I thought could be useful to some of the creative people going through the same struggles as I do, so… here ya go:

Your fears are essentially your guiding stars. A map that should determine your next moves. Listen to your fears closely.

By the time I started writing my own music, I already had years’ worth of experience as what they call “a professional drummer” – I recorded drums on over a hundred albums and had the chance to experience performing in front of 30,000, 50,000 and even 80,000 people. I felt confident about my trade. BUT nothing scared me more than the idea of standing on a stage as a frontman, performing my own songs, using my own voice, exposing my own face.

I was so terrified that during my very first attempt performing my own music, with a band which I named Dolchnakov Brigade, I wore pagan masks or had my face fully painted and I sang in a voice that sounded very much like a growly, Russian Tom Waits. Anything to avoid revealing myself. Anything but confronting that fear. It felt very safe but I was not satisfied. It turned out that hiding was not what I was looking for after all (duh!).

I realised that part of the reason I write is because of the need to open up and share my deepest emotions with other people. Quite the opposite of hiding.

Always attracted to challenges, I decided to look at the fear dead in the eye (insert Spaghetti Western music) and booked a show for my new solo project, Van Goose. This time, no masks, no Russian Tom Waits. Full on me. The first show was a success – I think only about 4-5 people showed up including my wife and I’m not even exaggerating. But, it felt like the best day of my life. I finally did it. I tackled my biggest fear and I won. After that, I made it a rule to constantly pay attention to my fears.

If you feel like you’re creatively stuck and things are not moving forward, there’s a good chance that the answers lie in your fears. Listen to them, use them as your compass. Facing them will expand your creative limits.

I mentioned Dolchnakov Brigade earlier, my first attempt at writing my own music.
Here’s how the very first song came about – I was walking on Grand St. in Brooklyn, on my way back home from the supermarket, carrying bags with groceries. At some point an idea popped out of nowhere and struck my mind like a baseball bat – ‘Onion is the Underdog.’ I thought… “Hmm what a strange sounding idea!” I was all in. I went back home and wrote a song called…you guessed it – “Onion is the Underdog”. The lyrics were exactly that. And only that. REPEATEDLY.

This seemingly random concept that meant absolutely nothing at first became the very first door to my future creative endeavours as a songwriter. Not just that – the onion became a powerful symbol in the band’s ideals and aesthetics. The onion was everywhere – the band’s logo, the album cover art, a ritual in our shows and eventually helped us gather a small but dedicated cult following. The onion was by far the most memorable thing for the fans. What’s my point? The repetition and conviction with which we delivered the idea was what made it effective.

The main mastermind behind the Nazi propaganda, Joseph Goebbels, had a famous saying – “Repeat a lie often enough and it becomes the truth”. I feel truly awful quoting one of the most evil minds in history, and I apologise for that, but although the use of this technique by political leaders is an absolutely unethical thing to do (and unfortunately a quite common practice – this article was written in the U.S in early 2019) – when it comes to art in all its forms, this can be a quite useful technique.

Take a random idea that triggers your instincts, perform it with full conviction, repeat it and you turn nothing into something real. Something of value that can evoke a real emotion in you and your audience.

When you start a new creative adventure, when you decide to wear a new hat that is seen by others as out of your comfort zone, out of what is expected from you, expect to encounter a lot of rejection. A lot of disapproval. Why? because agreeing with you or supporting you is a risk. A risk that they might be wrong about you and your stupid new ideas.

If it’s a new direction that you’re trying to cultivate, you still don’t have a circle of people backing you up, so why would they?! (herd mentality). It’s risky for someone to declare that he is interested in your new creative direction if it is yet to be backed by other people and most people don’t like taking risks. Especially when it comes to supporting someone else.

It can get lonely. It can feel like one epic mistake. Some of your “supportive” friends might even tell you to your face that you’re making a mistake. I had a good few of those.

What can you do? Combine the two elements that we’ve discussed about earlier. Face your fears (see (#1) and go after your thing like your life depends on it (Conviction and Repetition – see #2). Grow the thickest skin and get ready to proudly make those epic mistakes. Every rejection will get you one step closer to that one open door. To that one venue that will finally reply back to your email (even if the reply says ‘sorry, I’ll pass this time; but, feel free to try again in the future’).

When you keep active and keep pushing, naturally, you will also make a lot of real legitimate mistakes. They are inevitable. But, they are also pure gold. Making mistakes is the best learning tool you could ask for. And that feeling of regret after making a mistake is the most effective way to engrave in your brain what works for you and what doesn’t.

Don’t sink into regrets and mourn over those mistakes for too long. Just turn them into a sticky note in your brain and move on. Move on and make more mistakes. Receive more rejections. Get used to it. Develop that muscle. Don’t get offended. Handle rejections with grace. Nobody owes you anything or has to like your music. Focus on what you can do and not on what you can’t. Save your pride for ‘what’s the best Taco in town’ kinda arguments.