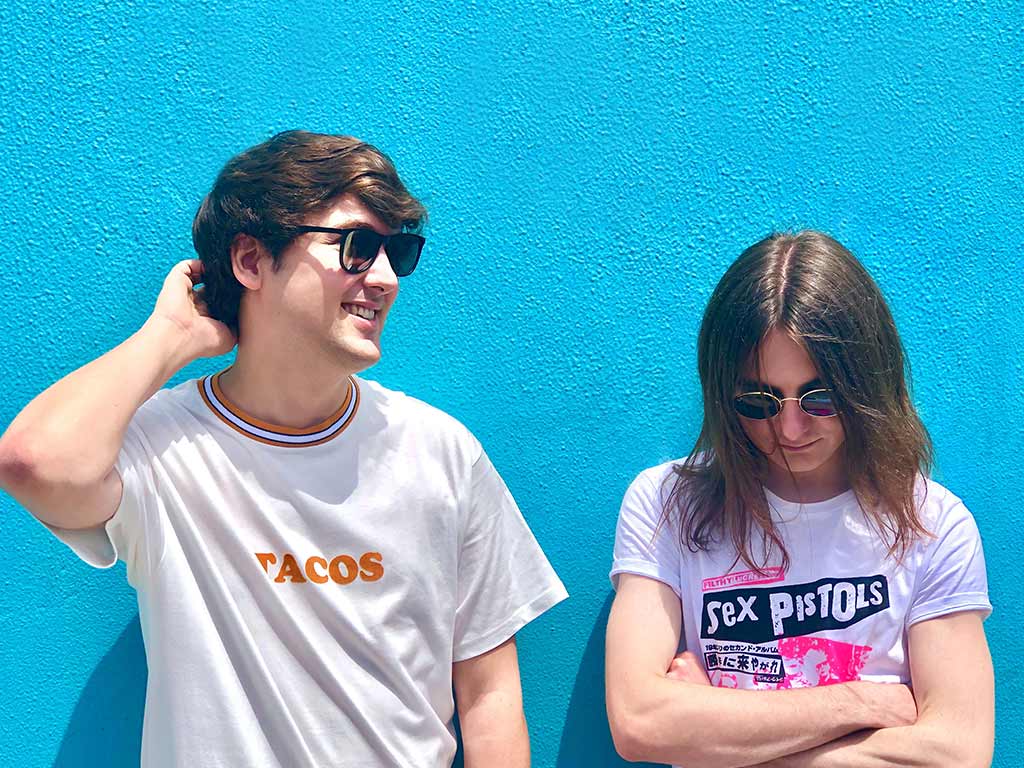 Steffan Lazar and Tarran Webster make up the two halves of MONATOMIC, an unsigned Sydney-based electronic duo. In this Soapbox piece, they explain their struggle recording on a shoestring budget and share advice about some common pitfalls to avoid.

Trying to compete with label-backed studio recordings is a constant struggle for the independent artist. Luckily you can get some pretty good sounds on a tight budget if you know what to look for, where to spend your money and pitfalls to avoid.

We return from a day in our makeshift tracking space having just put down a few hours of vocals for our new single “They’re Playing My Song”, we hit play and our hearts sink. Every single take is contaminated with electrical noise. It went completely unnoticed for the entire tracking session, hidden all the way down at -90dB, now clearly audible with the addition of a basic plugin chain. The moral of the story? Extraneous noise is your worst enemy. “Record in silence” might just be the most obvious advice ever but noise is fickle and easily underestimated. Add a healthy dose of compression, EQ, limiting, distortion and whatever else takes your fancy and suddenly the clink of cutlery from your next door neighbours eating dinner is all over your once in a lifetime performance.

Finding a precious few hours of golden silence is the most common struggle of the independent artist. For those of you who’ve managed to convince your significant other that building a studio in the spare room is a wise property investment, good for you. Luckily for everyone else there are ways to get great results for considerably less than building or even renting a studio for the day.

Renting a rehearsal space instead of a studio can save hundreds dollars. Talking to the owner always helps, find out when the place isn’t busy; a decent rehearsal space should be well insulated enough from the outside world, provided the local Metallica tribute band isn’t in on the other side of the wall.

Unlike studios, rehearsal spaces are only designed to stop sound getting out, not to sound great once you’re inside them. Good spaces will have some acoustic treatment but rarely to the level of a proper studio, so building your own makeshift booth is a necessity. It’s worth ringing around to find a rehearsal studio owner who also has a penchant for recording, they may have one space that is acoustically treated better than the others, as well as a few other goodies hidden away in the storage room. Our local rehearsal studio has one such space as well as a set of very useful “walls on wheels” that make a great vocal booth. If no such equipment is available, building your own booth from scratch is hardly difficult. A few mic stands, duvets (or rugs) and clothesline pegs is all you need. It’s worth noting however, that anything you can hang from a mic stand isn’t going to have the necessary mass to do any real sound proofing, it’s only going to help dampen the last few reverb reflections in an already half decent space.

While getting a hold of the very best audio gear (we’ll cover that in a sec) is by no means a waste of money, a recording free of unwanted noise and reverberation is far and away the most important thing to consider for your next track. If your budget can only stretch to one of the above, get yourself some silence. A $200 Rode NTusb might be a microphone more commonly seen on the desk of a low budget YouTube podcast, but in a dead silent booth will run rings around a $15k U67 in a reverberant bedroom on a noisy residential street.

So once you’ve got your makeshift duvet tracking booth, we need some equipment right? We are constantly surprised at how many artists don’t necessarily care about what mic they are recording into. If it’s only around $60 a day to hire a U87, why not try that out? I mean there are so many mics that you can hire if you are not a Neumann U87 kind of person, an SM7B maybe – Bob Dylan’s mic? The big take away from this is, check out your local hiring places and just hire the best mic you can – you might get to record into some really nice stuff for a measly $60!

We have now hired a rehearsal space for $70, and set up our mic for $60, anything else missing? The one place we recommend actually investing money is in getting a good interface, it will last you years, and save you a lot in the long term if you can switch to tracking on this rather than going into a studio each time. It is a lot more important than buying a mic. Our go-to is the Universal Audio’s Apollo line (there are other good brands that are half the price). You will be using this for all your demos and final recordings; it’s so versatile and effective and will help you get a pro sound!

Having said all this, the best way to record is in a studio with a recording engineer/vocal producer who can guide you to delivering the best performance possible and also focus on technical issues if they arise (such as random electrical noise). However, not everyone has that luxury, and until you can afford the studio recording – doing it yourself can save you money and also teach you quite a bit about your technique in the process.