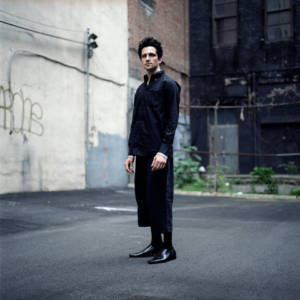 Francis and the Lights is an American pop project led by Francis Farewell Starlite. The term "and the Lights" refers both to the lights on a stage and pixels on a computer screen.

Their music is characterized by a heavy use of electronically produced beats. During live performances, the vocals are backed by his pre-produced tracks with the assistance of a DJ, while Francis uses a synthesizer at times. Past performances have included a live band, as depicted in several of their earlier music videos. Francis and the Lights released their debut studio album, Farewell, Starlite!, on September 24, 2016.

In 2010, they toured with Drake, MGMT, Ke$ha, La Roux, and Mark Ronson. Francis and the Lights are credited as a producer on the 2018 Kanye West album ye for the tracks "I Thought About Killing You," "All Mine," and "Ghost Town." They appear uncredited on the song "I Thought About Killing You," co-written by Starlite, on a loop heard throughout the track. On Kids See Ghosts, a collaboration by West and Kid Cudi under the name Kids See Ghosts, they are also credited as a producer on "Feel the Love," which features rapper Pusha T...

Read more at Wikipedia
Oakland, CA, USA
Avant-GardeElectronicaSynthpopAlternative R&B
This page contains information from Wikipedia, the user-contributed encyclopedia, released under the Creative Commons Attribution-Share-Alike License 3.0. It may not have been checked by editors and as such may contain factual errors.
Avant-Garde Electronica Synthpop Alternative R&B
Recent mentions of Francis and the Lights
No posts found.
Reviews Interviews Soapbox Mixtapes
Help About Advertise Privacy Terms Write for us
Search or choose cover photo
View Apply Cancel
We use cookies on our website to give you the most relevant experience by remembering your preferences and repeat visits. By clicking “Accept”, you consent to the use of all the cookies. Learn moreDo not sell my personal information
Cookie settingsACCEPT
Privacy & Cookies Policy