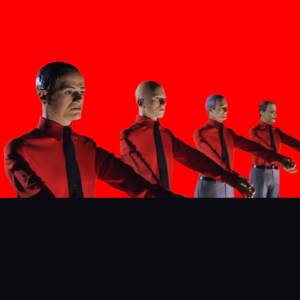 Kraftwerk is a German band formed in Düsseldorf in 1970 by Ralf Hütter and Florian Schneider. Widely considered as innovators and pioneers of electronic music, they were among the first successful acts to popularize the genre. The group began as part of West Germany's experimental krautrock scene in the early 1970s before fully embracing electronic instrumentation, including synthesizers, drum machines, and vocoders.

The band's work has influenced a diverse range of artists and many genres of modern music, including synth-pop, hip hop, post-punk, techno, ambient, and club music. In 2014, the Recording Academy honoured Kraftwerk with a Grammy Lifetime Achievement Award. They later won the Grammy Award for Best Dance/Electronic Album with their live album 3-D The Catalogue (2017) at the 2018 ceremony. As of 2020, the band continues to tour...

Read more at Wikipedia
The Beach Boys
Düsseldorf, Germany
Avant-GardeElectronicSynthpopElectro PopArt PopKrautrock1 more
This page contains information from Wikipedia, the user-contributed encyclopedia, released under the Creative Commons Attribution-Share-Alike License 3.0. It may not have been checked by editors and as such may contain factual errors.
Avant-Garde Electronic Synthpop Electro Pop Art Pop Krautrock
Recent mentions of Kraftwerk

Ela Minus – acts of rebellion