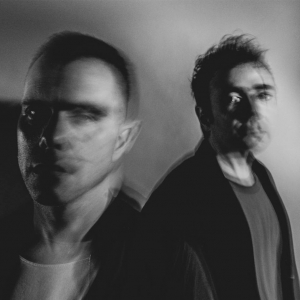 Trailblazing artists in their own right, Tom Stell, Julian Hamilton and Kim Moyes have combined their powers for the good of dancefloors everywhere. The collab was always going to be exciting, but over four tracks the trio have not only managed to enhance each other, they’ve shown us sides of their sonic repertoire that we’ve never heard before.

In 2008 The Presets released the chart topping Apocalypso, selling in excess of Triple Platinum sales in Australia and featuring four hit singles, including the classic ‘My People’. Setting new standards for dance music in Australia, The Presets went on to win 5 ARIA awards (and 2 ARIA Artisan Awards) including Album of the Year, as well as the J Award and FBI SMAC Award for Album of The Year. Kim and Julian also shared the coveted Songwriter of The Year Award at the 2009 APRA Awards.

Pacifica was released in 2012, featuring Rolling Stone Magazine’s Song Of The Year, ‘Ghosts’. Pacifica was also nominated for an ARIA, shortlisted for the AMP Award, the J Award, and was Album of the Year in the Herald Sun and Daily Telegraph, and Electronic Album of the Year in the Sydney Morning Herald. The Presets returned in 2018 with their long awaited fourth album, HI VIZ, which debuted at #1 on the iTunes album chart within hours of its release and was nominated for two ARIA Awards as well as the prestigious Australian Music Prize. The record spawned triple j Hottest 100 favourites “Do What You Want” and “Martini”, with the latter nominated for Best Song at the FBi SMAC Awards in 2019.