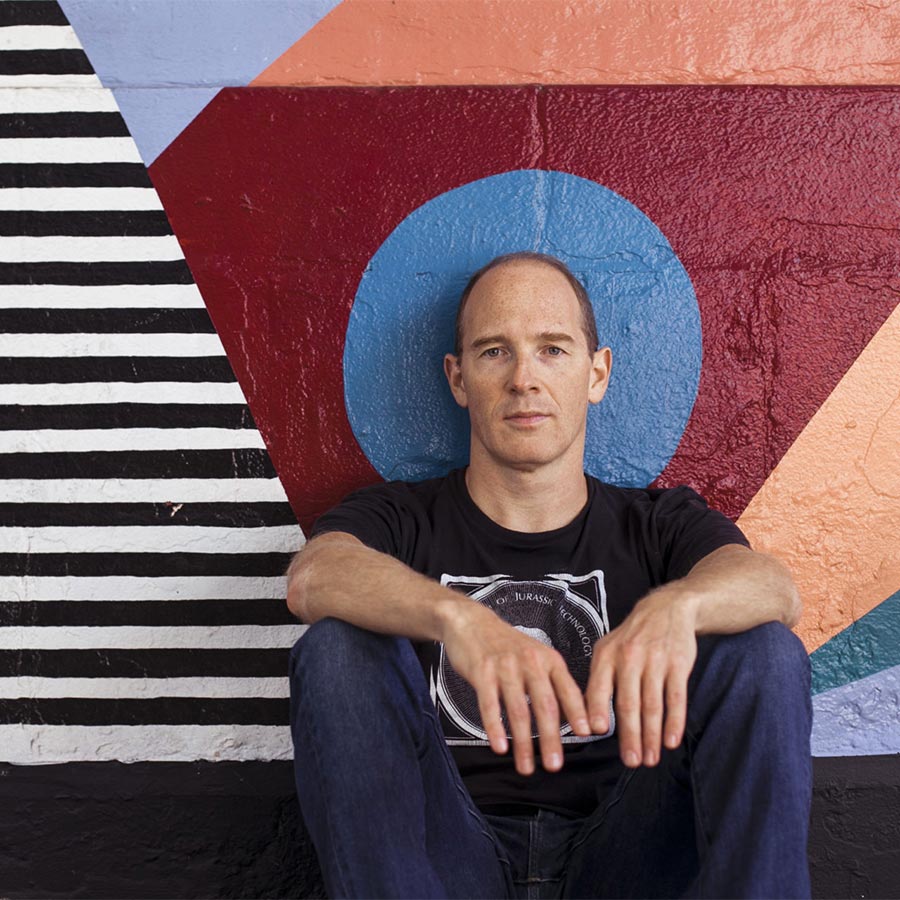 Over the past two decades, Canadian producer and multi-instrumentalist Dan Snaith has found fame, fans and critical acclaim with music released under his Caribou, Manitoba and Daphni pseudonyms. His first Caribou album in almost five years, Suddenly, was released last month.

In retrospect, what led to the inspiration and sonic direction of Swim (2010)? It’s a pretty incredible U-turn from Andorra (2007), especially a song like “Melody Day”. Congratulations – not many musicians could make that transition as flawlessly as you did.
Definitely Swim for me had a very specific inspiration and a reason for that change in direction. It was that the musical culture in London – I was living in London at the time – changed and things started to kind of bubble in the dance music scene here. I would sit down at this little club, Plastic People, all the time where Theo Parrish had a residency, Four Tet had a residency, Floating Points had a residency, and there are all these new kind of producers making exciting, interesting dance music in London. It was just infectious. And so that definitely catalysed the direction that that album took. And you know, there’s elements of the kind of song-based idea of making music, that hung over from Andorra into that record. But yeah, it was definitely inspired by being in that time and place, that kind of particular moment.

There are all these new kind of producers making exciting, interesting dance music in London. It was just infectious. And so that definitely catalysed the direction that (Swim) took. 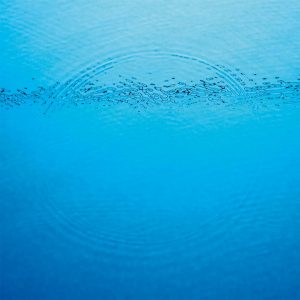 Can I ask a fan theory question – does the last track on your records determine the direction of your next one? Or is it a clue of what to expect? For example, “Niobe” sounds almost out of place on Andorra and closer to the sonic palette of Swim.
Yeah. Yeah, that’s a weird one for me because I’m not – it was actually, it was one of the last tracks that I made, and that one – you’re absolutely right about that. It was in reaction to kind of getting to know people like James Holden at the time and going out to clubs more. Even at the end of finishing Andorra, which was a much more 60s psychedelic sounding record. That is the instance where that has happened, like the last track on that record, pulling it very much play the way towards where I was heading next. Um, I’m not sure whether that has happened with this record, although the last track on Our Love (2015), it’s kind of a more – does have some more commonalities with this record maybe. Um, I mean, I guess I should say I don’t make the tracks in the order that they appear on the album most of the time. So, um, it’s not always the case, but it is very much the case between Andorra and Swim, like you said.

You’ve said before that a Caribou record can “have anything” on it. Do you ever worry about alienating fans, or limiting yourself creatively, if you decide to throw yourself down a particular path?
Well, the thing that’s kind of – okay, so this started really early on. My first record was called Start Breaking My Heart (2001) and it was like a kind of influenced by people like Boards of Canada and kind of Warp, that kind of sound. I went back to make my second record after that and I tried to make music – I had, you know, kind of, “this is what people expect from me”, you know, “this is what people want, this is what I should do is try and like make a record that followed on from that first one”. And I just couldn’t do it. I was making the music that I thought people wanted and it just didn’t work. There was no magic in it. There was no thrill in it. And so just for fun I started making very different music. The second album, Up In Flames (2003) is like a big like, psychedelic mess and sounds like a band, whereas the first one sounded very much like an electronic producer. And I just realised like I couldn’t, I don’t really have the – to some degree I don’t get to decide, you know, it’s just I have to be led by what’s exciting to me at that moment, at that time. And the fact that that switch was always – kind of people absorbed that and then followed me through that change and then as you say, from Andorra to Swim, the same thing. There’s been all these points in my career where there’s been like a kind of turn and people have been really wonderful in following me through a very circuitous path through music. And that has kind of just repeatedly boosted my confidence to feel comfortable doing that. And also, I guess I’ve kind of recognised that some of the threads – and this is really apparent on this album where there’s like genre shift from one track to the next all over the place, but there’s something about my kind of musical sensibility. I guess my voice is one of the things, but also kind of my melodic sensibility and my harmonic sensibility, the kind of mood that tends to be in the music that I make without me really trying for it to be there. There’s enough commonality in all those things that even though the kind of genre may change, that it’s still, I realise it’s still recognisable to me. Well it’s obviously recognisable to me because I’ve this very close inside perspective on it. But people have generally tended to follow me through something new and be like, “oh, this sounds like new, but it’s something new. But it still sounds like Caribou, or it still sounds like Dan” or, yeah. That’s cool.

People have been really wonderful in following me through a very circuitous path through music. And that has kind of just repeatedly boosted my confidence to feel comfortable doing that.

Are there any overarching themes in your work, across albums?
Overarching theme? Um, for sure. I mean, I used to always say that I’m a sucker for a melody. That’s absolutely the case. I’m never going to make music that’s – I admire lots of really impenetrable, super experimental electronic music or classical music or whatever. But I’m never gonna make that music. That’s just not me. I like the kind of familiarity of like a real earworm or really kind of emotionally evocative set of chords that kind of grab your, you know, grabbed you and can kind of make the hairs on the back of your neck stand up. So those kind of familiar things are there always. At the beginning it was also, I was just – I kind of probably through growing up, listening to hip hop a lot and also electronic music, drums and drum production was a really big thing for me to always have like big drum fills and drum rolls on my records and percussion and rhythmic stuff was right in the floor. I don’t know whether that’s true to the same degree on this record, maybe not as much. You can still hear those tracks like “New Jade”, there’s still a crazy huge drum build and stuff like that. But that would have been what I would have thought in the past. I don’t know what the – definitely the melodic and harmonic sensitivities are there throughout I think.

Are there any hidden messages in your work?
Um, well it depends what you mean by hidden. I guess, you know, this record for sure for me, like the lyrics are very specific and explicit about things in my life. But you know, very personal things and not to the people who know me, they’re not in any way hidden. The people who are close to me will hear these songs and know exactly what I’m talking about. I’m not trying to hide it or disguise it. Um, in the past maybe I would have been more circuitous and more oblique about referencing things and more – just out of insecurity and anxiety about sharing that much I think.

But no backmasking?
What does that mean?

Recording things in reverse.
Recording vocals. Oh no, I mean, there’s definitely no literal hidden messages in my music. I’ve never managed to pull that off.

I can understand that in creating a track you can sort of get lost in a world. How do you know when a track is finished? How do you know when to step away?
Um, I think for me – I mean, I guess the main thing you need is perspective. So that either for me, as somebody who works by myself, is an outside perspective. Somebody that I trust to listen to it and give me feedback. Or the other thing that helps is time and just not listening to it for a month, letting it sit, and then coming back to it. And if at that point, if nothing bothers me when I’m listening through it, then I – more often than not, you leave something for a month, you listen back to it and something is obviously not the way it should be, and then you know it’s not finished yet. But if you leave it for a while, you think, “okay, I think I’m finished”, and then you come back a month later and it still seems finished, then I’m like, “okay, now I know it’s absolutely done”.

Would you recommend your line of work?
Oh man. It’s my dream. It’s like what I’ve always wanted to do. I – yes, absolutely. Unconditionally. I’d recommend it to anybody who loves music. I can’t imagine anything better.

If you could collaborate with any artist in any medium, who would it be and what would you create?
Ah, this is a tough question for me because collaboration is so much about a kind of personal connection. The people who I’ve collaborated with – there’s a guitarist, Colin Fisher on this record, Jessy Lanza and Owen Pallet on the last one, Jeremy (Greenspan) from Junior Boys, still just really close friends of mine. And that’s why they’re there. You know, it comes from such a personal place. The only thing to say, I guess, is that when I collaborate, I want to collaborate with somebody who doesn’t have the same skills as I do. You know, bring something very different, a different perspective on what they’re doing, because otherwise what’s the point of collaborating. Um, I’m not sure, I don’t have a specific recipe, but I think that’s an important part of, uh, the point of collaborating I guess.